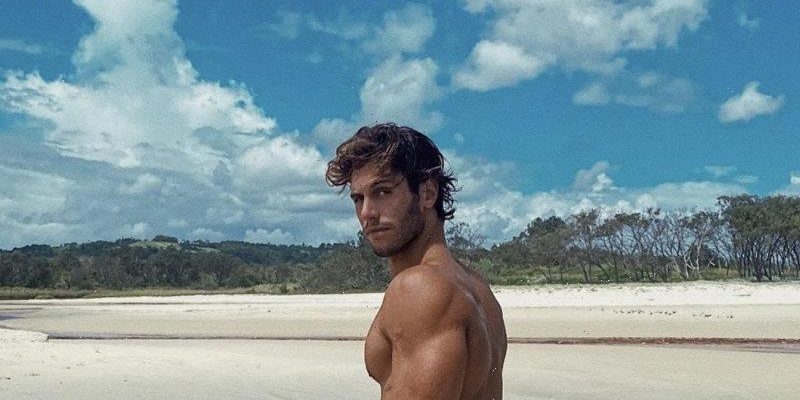 The real estate agent was incredulous. “Why would you want to leave Byron?” she asked as she showed me a house for sale an hour north.

It was a good question, one that I’d asked myself often, but the new Netflix show Byron Baes, featuring the town’s influencer culture, confirms the decision is right. 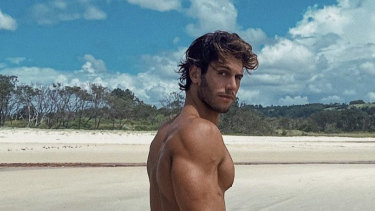 Model and influencer Elias Chigros has signed on to star in Byron Baes.Credit:Instagram

Our decade in Byron has been pretty much a love affair. There was the travel-brochure version: I loved the world-class beaches, rivers, coffee and slowed-down lifestyle. There was the esoteric version: I had grown to love the Byron-esque kookiness, learning to contribute to conversations about my aura and completing job applications that required my astrology sign.

Then there was finding a home on acreage with ocean views that pulled at us from each room and anointed our evenings with a lighthouse flash every 13 seconds, I exhaled and my heart cracked open.

All that was the culmination of a single moment during a visit to Byron. Prominently pregnant with my first child, swaying with the heat and humidity and flush with baby hormones, I knew this was where I wanted to raise my children.

It took 14 years from that trip to be ready to leave Melbourne and its three-question triangulation on meeting anyone new: “What do you do, where do you live and what school do your kids attend?” Now, in Byron, I’m far more likely to encounter a casual, “So, are you working?” 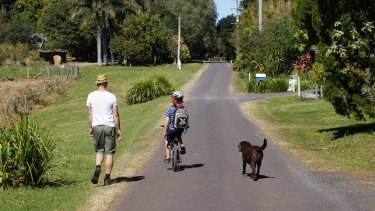 The kids embraced the lifestyle, relaxing their vigilance on conformity and, when the youngest accidentally spent a day at school wearing his furry monkey slippers without attracting a single comment, we acknowledged that a significant shift had occurred.

We considered ourselves “true locals” when Gracie adopted us. Through her daily beach walk and chocolate labrador eyes, we met people who are now lifelong friends. We became accustomed to the lushness, the mould and saved George-the-Snakeman’s number in our phones

Even at the outset, paradise was not perfect. Life in Byron thrilled and frustrated in equal measure. We’d watch dolphins swim in our local river but ruin tyres on potholes on the way home. We ran a business from home but had to order a satellite dish because there were insufficient ports at the exchange. Already dodgy bandwidth floundered as the population swelled for festivals. 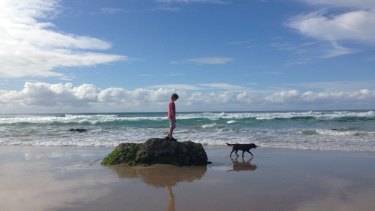 But, a decade on, things have started to wear thin. The holiday Insta-glam masks the reality of living in a regional town where ratepayers foot the bill for millions of visitors a year. House prices are escalating and rentals are disappearing. In a region filled with no-longer-sleepy towns, traffic congestion and insufficient parking seem unsolvable problems. A new level of aggressive competitiveness has arrived, pitting us against each other on the road, in the surf and during the search for a home.

Last year’s COVID migration brought a wave of city-assertiveness that even Byron couldn’t soften, and it pushed us to our tipping point just as the last child moved to the city and Gracie’s worsening arthritis meant she could no longer navigate the endless beaches.

Locals often protest against change by saying “We don’t want Byron to become Surfers Paradise.” But I feel we are instead living in Surface Paradise. It might look all peace and love in a town so cool it has llamas on leads in the main street, but there’s a simmering anger too strong to be soothed by a serve of locally produced, organic, gluten-free chai latte.

So, my family has embraced the real estate boom and sold our home to someone from Melbourne who only ever saw it online. This sale has been our light within the dark, the other side of the two-sided coin that is so very Byron. The heft of that coinage is allowing us to go north and buy mortgage-free.

I didn’t have a ready answer for the real estate agent at the time, but I do now. I’ll be back to visit friends and enjoy camping weekends but, for me, the surface of Byron’s paradise has cracked beyond repair.

Opinion takes on the week’s most debated topics with views that will challenge, champion and inform your own. Sign up to receive it every Thursday.