LOVE it or hate it, you can now buy a MARMITE stuffed crust pizza at Papa John's.

Two months after launching Marmite and cheese pizza scrolls, the fast food chain is now giving fans another way to add the yeast extract spread to their takeaway. The stuffed crust contains mozzarella and a thick layer of Marmite.

Just like Papa John's regular stuffed crust option, you have to pay extra to add a burst of yeasty flavour to your pizza.

Adding the Marmite stuffed crust will cost £2.50 – the same as the normal stuffed crust – though prices will vary between branches.

You can add the Marmite stuffed crust to any Papa John's pizza from March 25 and it can be ordered online for delivery or collection. 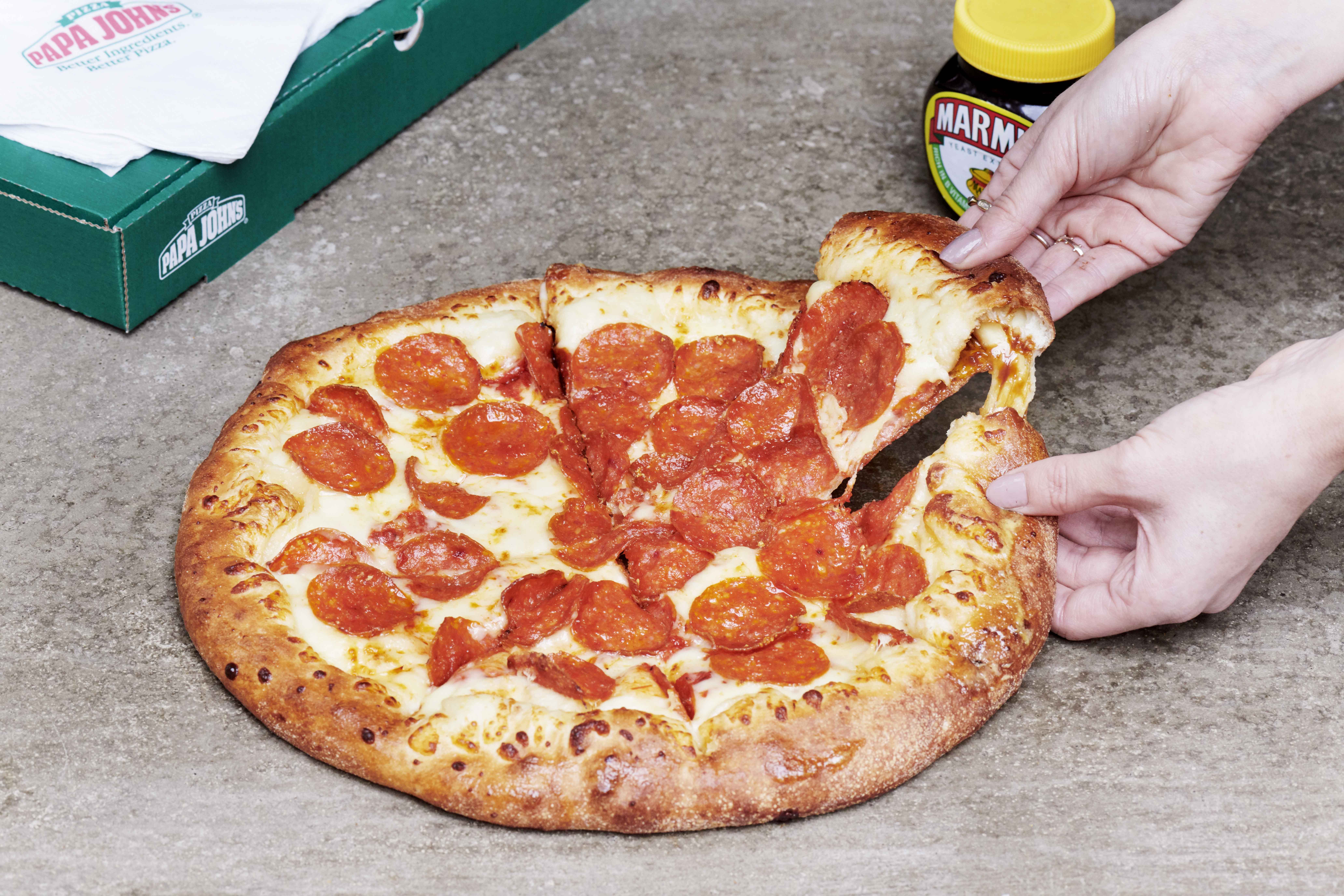 It's available at all 400 branches of the fast food chain.

Papa John's said that sadly, the Marmite stuffed crust is only available for eight weeks until May 20.

But they said the same about the Marmite scrolls when they launched in January.

Now they're a permanent menu item because they were so popular with customers – so the Marmite stuffed crust could be here to stay if it's in demand.

It's not clear yet how many calories the Marmite stuffed crust would add to a Papa John's pizza, but we've asked and we will update this article if we hear back.

Liz Williams, managing director for Papa John’s said: "Following the huge success of our Marmite Scrolls earlier this year, we’re extremely excited to spread the partnership beyond our side menu and into the crusts of our popular pizzas.

"Ingredient innovation is at the core of our menu and we’re sure that the addition of Marmite to our cheesy crusts will be a huge hit."

You can find your nearest Papa John's using its branch finder tool.

Meanwhile if a pizza's your takeaway of choice, it's also been revealed which pizza chain has the most amount of pepperoni toppings.