SEVEN million pets in Britain are being exposed to potentially fatal diseases because owners are not giving them the correct vaccinations, Paws and Claws can reveal. 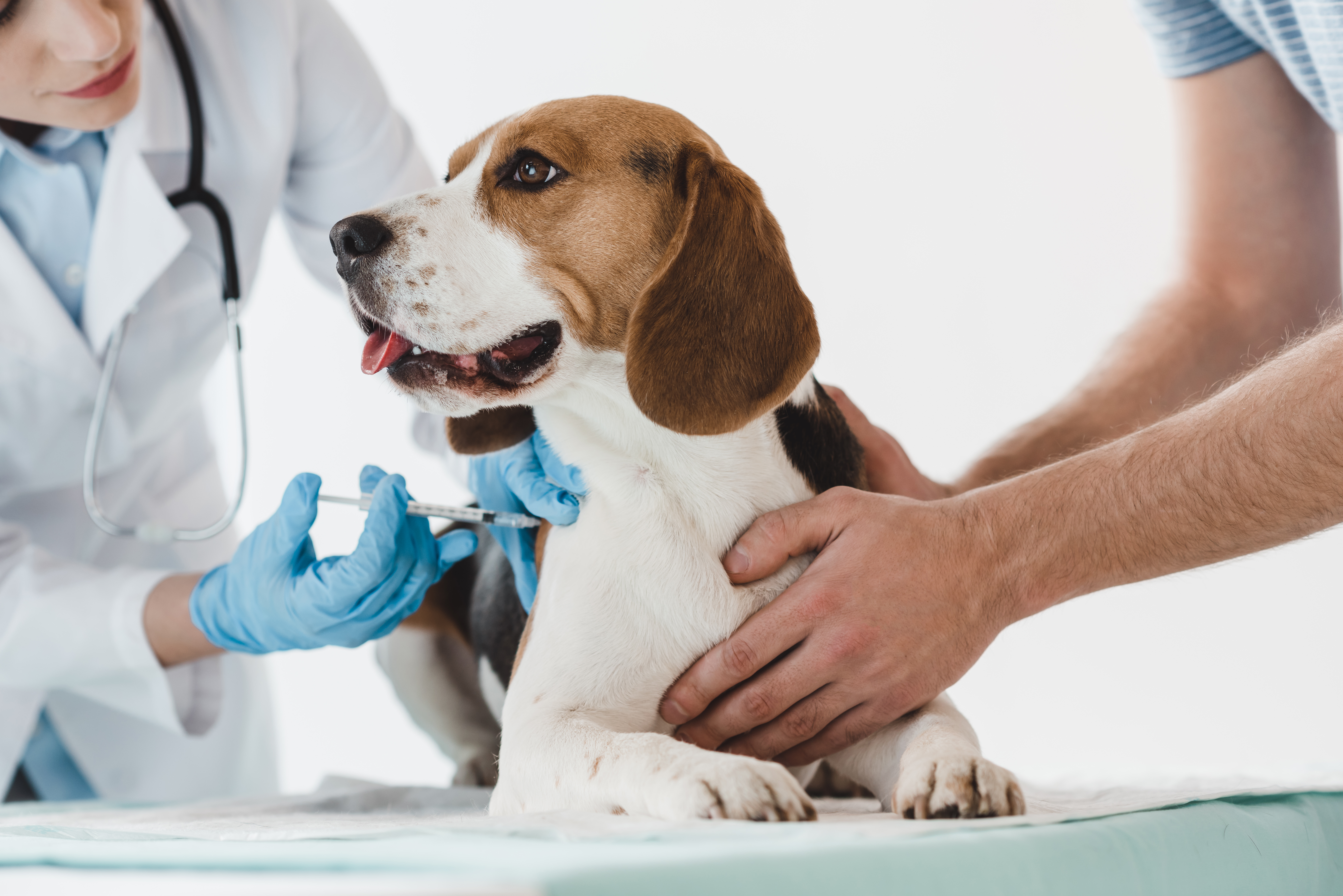 Owners use a shocking range of excuses to justify why — from it being too costly (17 per cent) to believing they aren’t necessary (16 per cent).

He said: “If we start to see a ­significant number of unvaccinated animals in a single area, that makes it very easy for disease to get out of control and spread rapidly through our pet population.

“Some diseases that have almost been eliminated in the UK, like distem­per for example, may very well rear their ugly heads again. Pets will die.”

Chris Smith, 32, from Cobridge, Stoke-on-Trent, was unaware of the importance of vaccines until his seven-month-old Rottweiler Bruno fell ill. 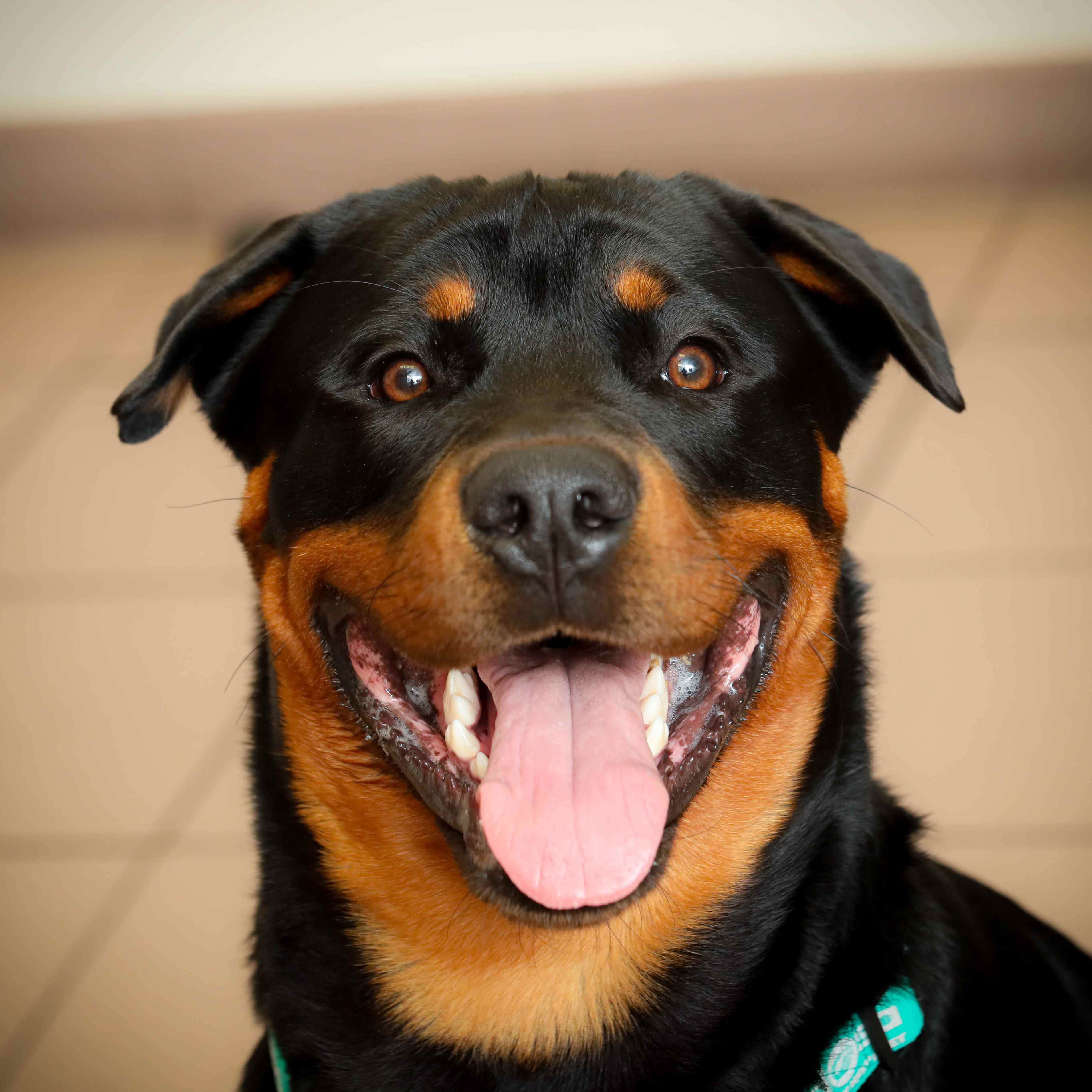 He said: “We took him to the PDSA. He had blood in his poo and they said he had parvovirus and it was touch and go.” Parvovirus is very common and causes severe diarrhoea, dehydration and weakness.

"We were devastated to see him so sick and when we left him at the vets for treatment we feared it was going to be the last time we saw him. I wish we had taken him for his vaccines.”

Bruno survived but the PDSA says many others haven’t. The charity told Paws & Claws: “Vaccinations have helped to protect millions of pets from serious diseases such as parvovirus, cat flu and rabbit viral haemorrhagic disease.

“If people don’t vaccinate we risk seeing a rise in extremely unpleasant, preventable, diseases that can cause considerable animal suffering and death.”

Star of the week 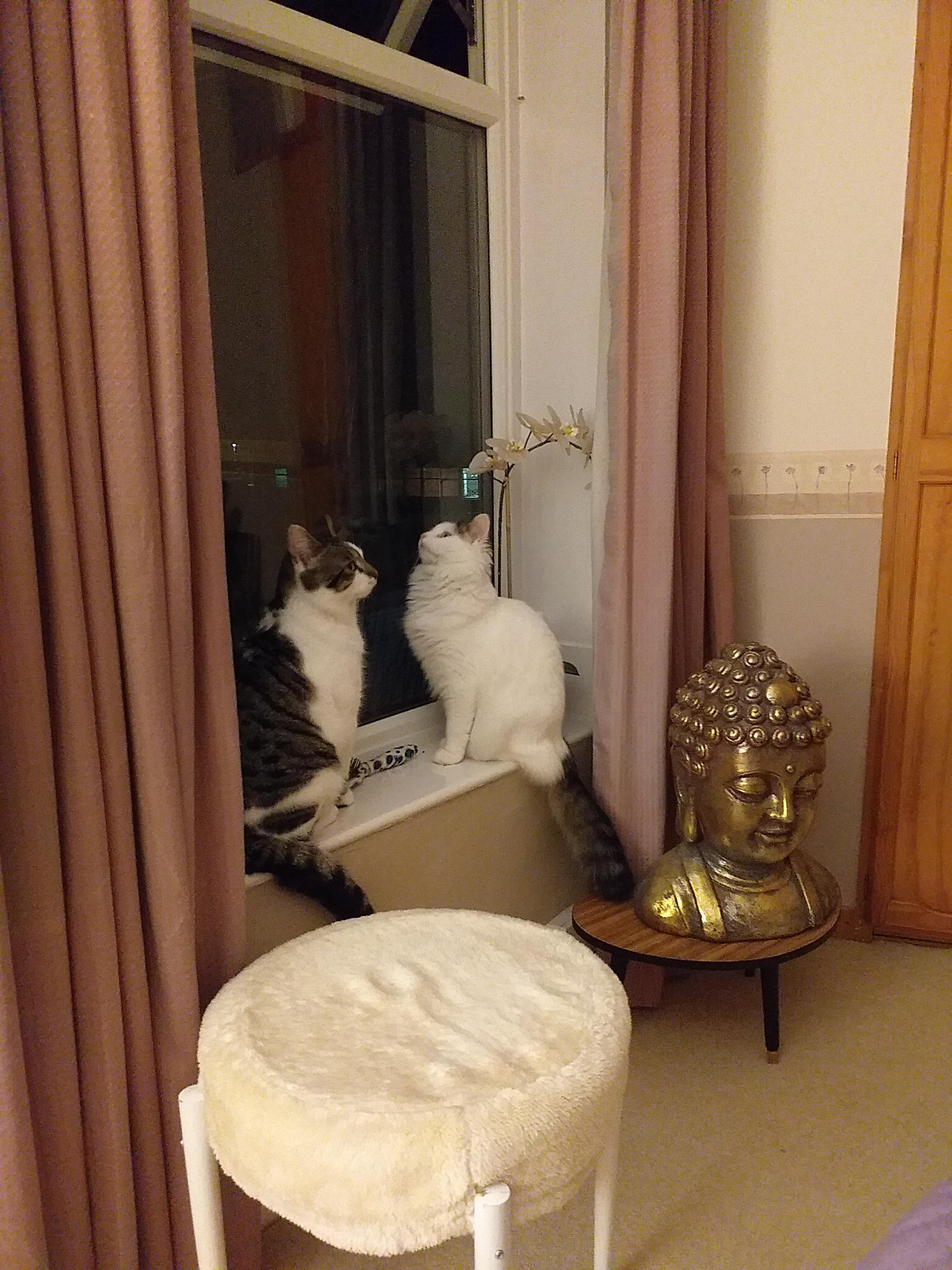 MEET feline brothers Caspar and Winter, who help their owner deal with a debilitating disorder.

Erica Crompton, 39, of Newcastle-under-Lyme, Staffs, suffers from schizophrenic symptoms and can become depressed. But the two cats have helped transform her life.

Erica told Paws & Claws: “I’ve not had the best of luck in life – much has been blighted by mental illness and my luck in love has been nil.

“Caspar and Winter were also abandoned and had hard lives. Together, we’re stronger and happier than ever.

"They stop me feeling lonely when they’re around. They follow me about the house and constantly cuddle me. I love them so much.”

CHRISTINE ROBINSON, from Enfield in North London, is expecting a baby and worries how her two-year-old Labrador will respond to the new arrival.

She says: “Bonnie is a brilliant dog. The only time she’s a bit naughty is if I pet other dogs, especially puppies, as she is jealous. Will she know the difference between a puppy and a baby?” 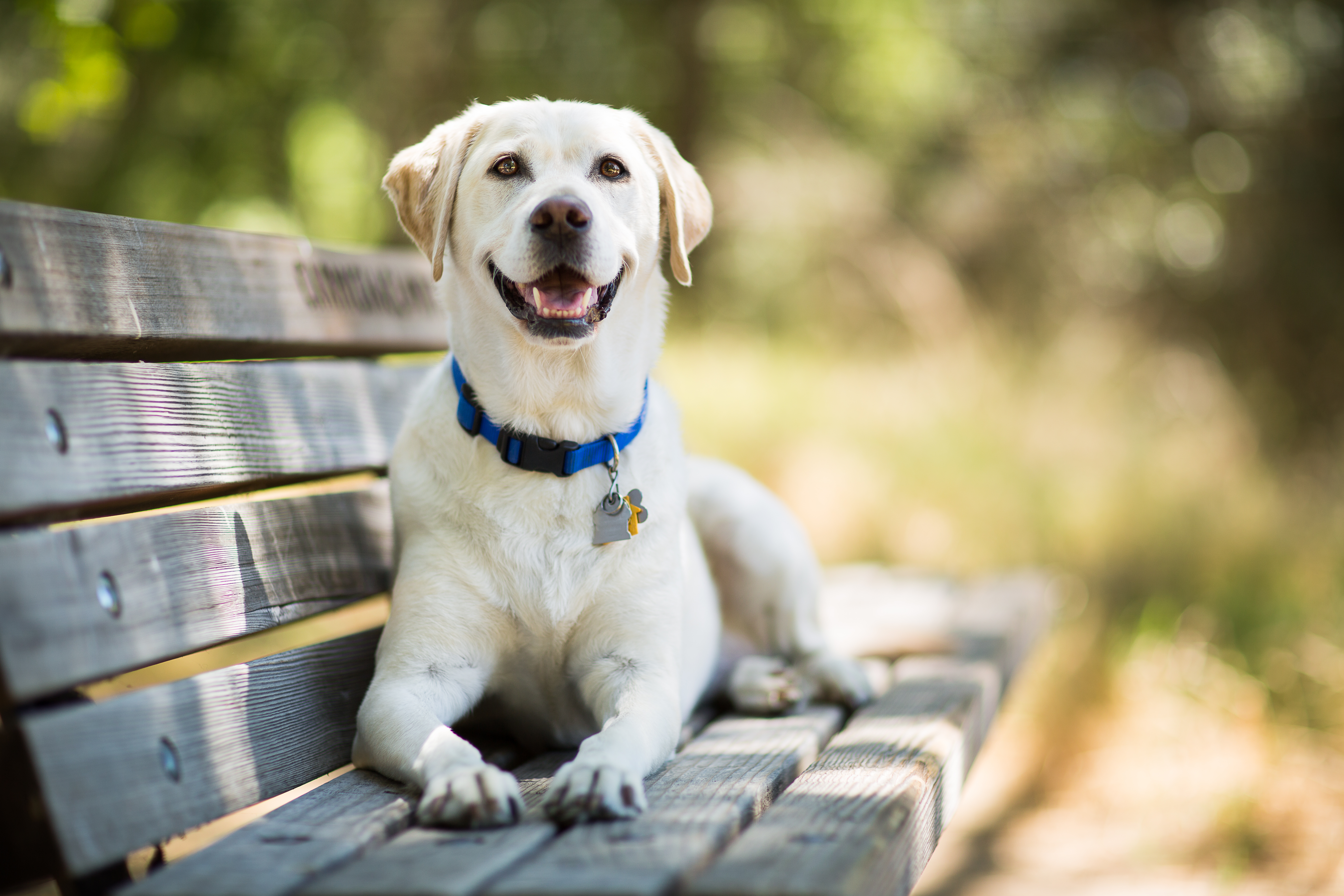 Sean says: “Dogs are usually pretty clear on the difference between how to behave around their human family as opposed to other dogs.

“Introduce the baby gradually to Bonnie and reward her for being calm and gentle with plenty of treats and praise.

“Building positive associations around the baby and encouraging gentle curiosity is the way forward. I’m sure Bonnie will learn to enjoy having a new brother or sister, even though she may be a bit unsure of how to act at first and will look to you for guidance.

“If you have friends or family with babies, the more introductions you can do now, the better, so she’s not totally surprised at the new arrival.”

He said: “Patch bit a hedgehog while on a night time walk. I checked the hedgehog and it seems to have walked away, but Patch was bleeding from his mouth and seemed distressed, what can I do?”

Sean says: “I had a terrier who was dead set against hedgehogs too. If this happens in future, try to get your dog away from the poor hog as soon as you can.

“Check for any spines stuck in their mouth or around their face, which could cause infection. You can bathe any wounds with some previously boiled and cooled water mixed with sea salt.

“Because the injuries tend to be tiny pinprick holes from the spines, they do usually heal remarkably well over the following days.

“If Patch was bleeding heavily, or if over the following days he seemed off form, reluctant to eat or any wounds look infected a visit to the vet would be a good idea, as they may need to prescribe antibiotics and pain relief.” 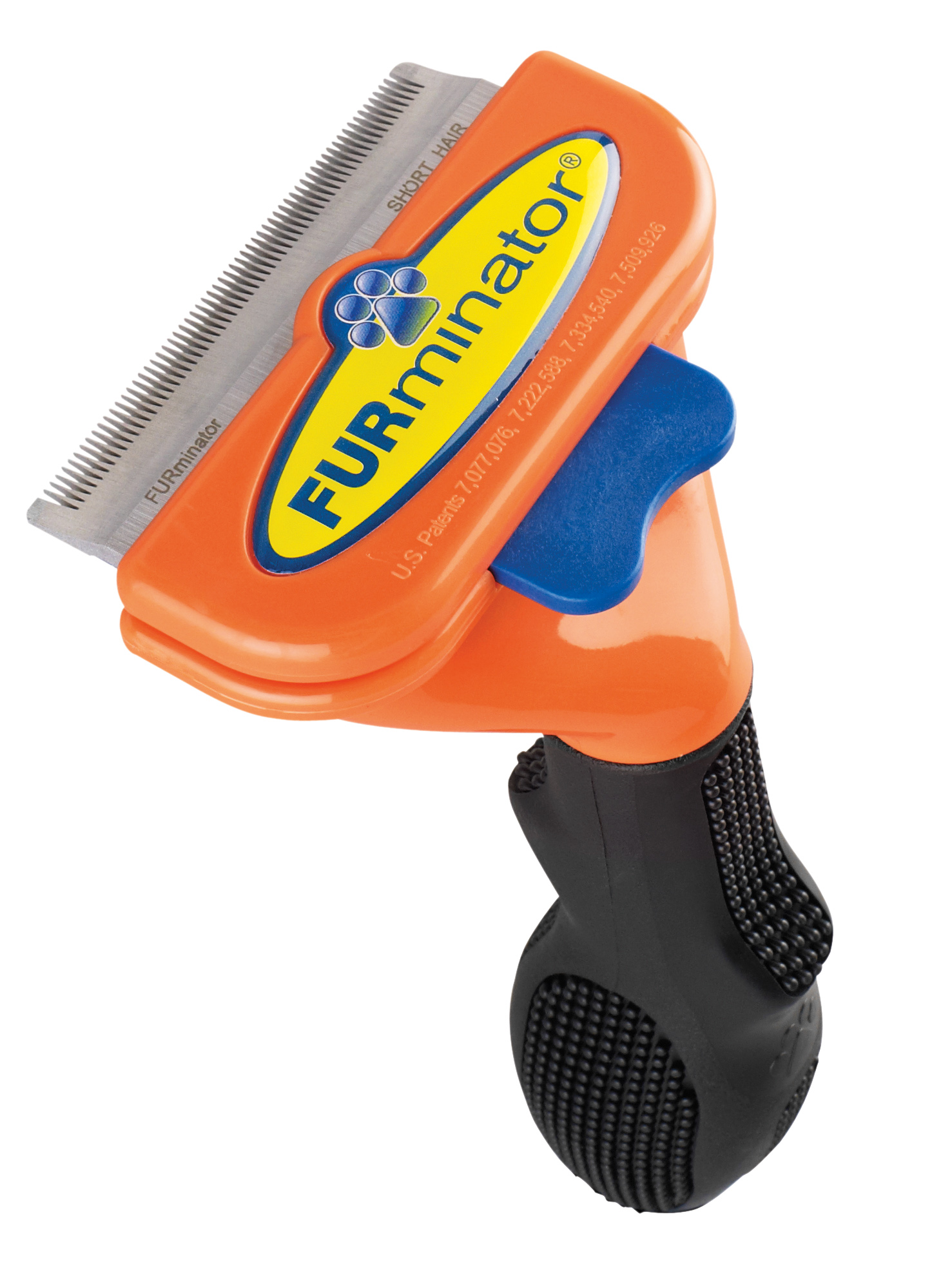 DOES your pet shed fur like it is going out of fashion?

If so, the Furminator Undercoat Deshedding Tool is the perfect solution . . . and we have TEN of these great gadgets to give away.

For a chance to get your paws on one, send us an email, marked FURMINATOR, stating the size and breed of your dog to [email protected]