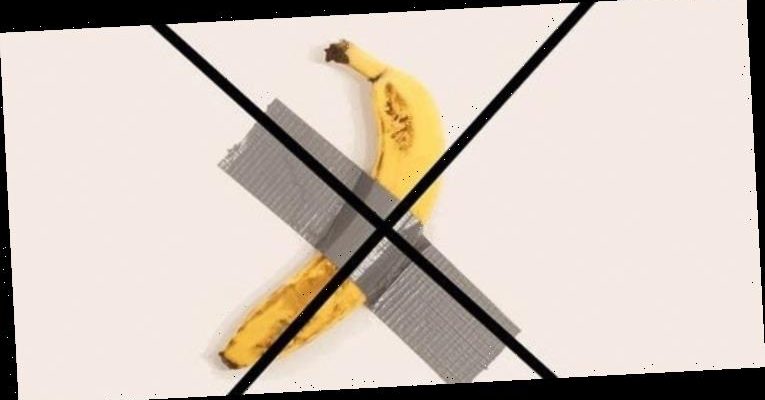 Each year in early December, hordes of winter-pale New Yorkers descend upon Miami Beach for the Art Basel art fair and its associated events (namely a lot of parties sponsored by fashion brands and alcohol companies). Miami, perhaps the only sexy city in America, becomes choked with traffic and filled to the brim with depressed gallery workers, Botox-tightened art collectors, supermodels with glowing clavicles, celebrities in baseball hats, and writers clutching press passes with carpal tunnel-ridden hands. Heels clack everywhere, plantains are plentiful, and the art world’s baser capitalistic impulses are unveiled beneath eighties neon and a creamy blue sky.

A trip to Art Basel is ostensibly for the art–and the copious free cocktails. But people watching is one of the very best aspects of the fair. The clothes are way more fun than the clothes in New York, and the people are generally beautiful, and it’s fun to see how out-of-towners style their hair in the humidity. And then there’s the eavesdropping. Art Basel, while riddled with DJs who seem to have very little understanding of the limits of the human eardrum, is full of events with very long lines. There are a lot of opportunities to listen to people talk about their yachts (one parked close to this writer’s hotel was called the “Seas the Day”) and purchases and frustrations with their art world jobs. Here’s what we heard. There was a lot of talk about The Banana.

“There are so many rich people here! The motherfucking founder of fucking Scope is here! Yes, motherfucker, the mouthwash!” – an enthusiastic man with minty breath shouting into a cell phone at Diesel’s party at La Otra.

“You won’t get in with a baseball hat, darling.” – a gentleman in pinstripes delivering patently false information to a Timothée Chalamet-type in a Supreme hat and a Noah zip-up waiting in line for Diplo and Idris Elba’s show at the basement club of the Miami Beach EDITION.

“You can always tell who works at a gallery when you’re in Miami, because all the art world guys look sickly compared to the other guys. Sickly in like, a hot way.” – a wise woman lying in a hammock in the yard outside the NADA fair at Ice Palace Studios.

“I love pissing out champagne.” – a confident white teenager in sagging jeans, swigging a half-full bottle of Ruinart while strutting through the Art Basel fair.

“Every middle-aged man in Miami has Mohamed Hadid’s exact blowout.” – a reporter on her third mysteriously Dr. Manhattan-esque glowing blue cocktail at a party for a sculptor by the pool at the Standard Spa.

“I want it to taste like it’s for an Earth sign, you know?” – a woman in full Pleats Please by Issey Miyake at a make-your-own-whiskey station at a reception at the Pérez Museum honoring museum director Franklin Sirmans, hosted by Dapper Dan.

“Oh my god, baby, no! No! Stop!” – a mother screaming at her toddler, who was grabbing at the Raymond Pettibon drawings outside the David Zwirner booth while having what could have been a very expensive temper tantrum.

“This is a troll with no merit whatsoever. What an absolute sham. I wouldn’t wait for this, but I could really use the engagement. You understand, don’t you?” – a British guy speaking to his completely silent girlfriend while waiting in line to take a photo with Maurizio Cattelan’s $120,000 banana, duct taped to a wall at Galerie Perrotin’s Art Basel booth.

“The banana is ruining my life! Ha!” – a tortured Perrotin assistant who said “ha” without laughing, a perky ponytail belying her acute emotional pain.

“Everyone is making a big deal about the guy who ate the banana, but it really doesn’t matter. There have been five bananas! The original one is sitting in the mini fridge at the art handler's Air BnB. Maybe they'll eat it.” – a characteristically hot and stylish art handler (everybody loves an art handler) for a different blue chip gallery, holding court in a bathroom line.

Camila Cabello’s Quotes About Her Experience With Anxiety & OCD Are So Real
We and our partners use cookies on this site to improve our service, perform analytics, personalize advertising, measure advertising performance, and remember website preferences.Ok