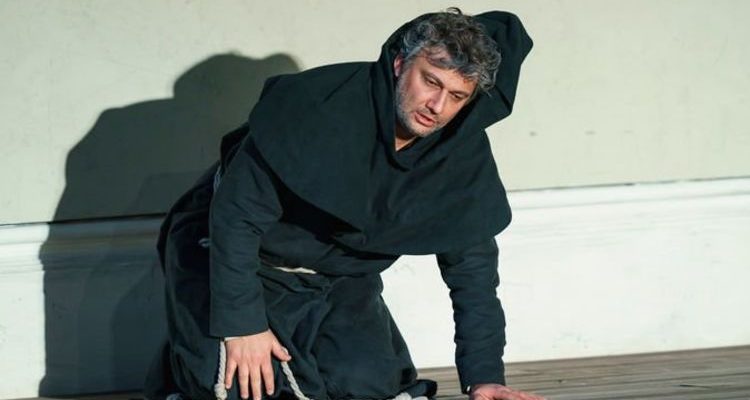 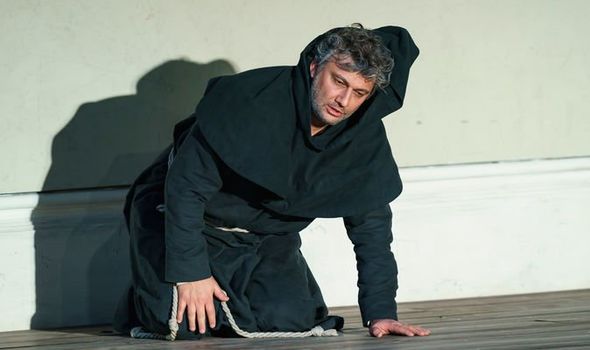 Jonas Kaufmann, viewed by many as the world’s greatest tenor, and Anna Netrebko, praised by just as many as the finest soprano, had not appeared together at Covent Garden for over a decade and seats for the opening night were reporting to be changing hands for thousands of pounds. When Kaufmann was unable to appear at the dress rehearsal, many must have felt their investment was in danger but we need not have worried. He turned up for the first night, and sang gloriously.

Such hyped events often fail to come up to expectations, but with Netrebko also on stunning form, this one surpassed them.

The two of them are perhaps the finest singer/actors of our time and to see both together was a treat.

The title of Verdi’s Forza Del Destino is frankly rather pretentious.

The tragedy that it charts is not so much the force of destiny as a succession of unlikely coincidences.

Leonora (Netrebko) and Alvaro (Kaufmann) are in love and plan to elope.

When he leaps through a window to sweep her off, however, she asks for a brief extension to her Leonexit so that she can say goodbye to her Dad the marquis (excellently played by Robert Lloyd), but while they are negotiating, he bursts into the room, confronts them and threatens Alvaro with a sword.

Alvaro points a gun at him, but drops it to indicate his peaceful nature.

On hitting the ground, however, the gun goes off and kills the marquis who has time to curse both of them before he dies.

Leonora’s brother, Don Carlo di Vargas (superbly played and sung by Ludovic Tézier), then vows to pursue and kill both of them, which sets the plot for the rest of the opera. 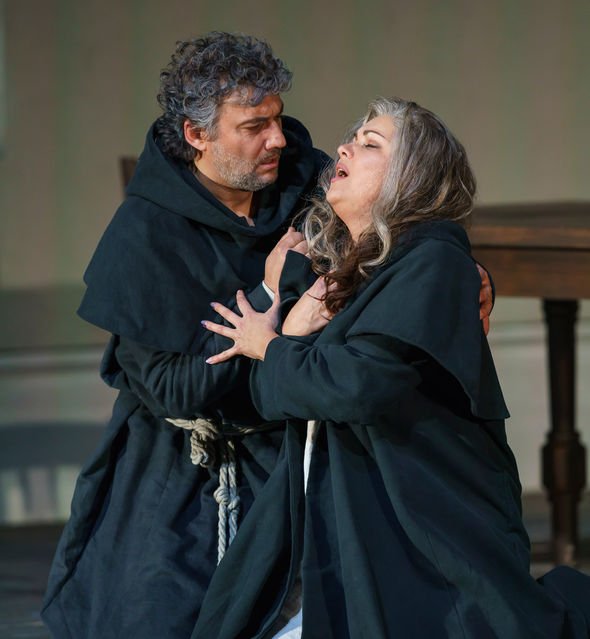 Fleeing from the scene, Leonora and Alvaro are separated.

Leonora becomes a hermit, hidden in a monastery; Alvaro becomes a soldier, in which role he saves the life of Leonora’s brother, when both men have changed their names to avoid detection so accidentally become best friends without knowing they are bitter enemies.

While all this is going on, Verdi lightens the mood with a couple of highly unlikely dance sequences and a gypsy fortune teller, and Leonora’s monastery includes a comic monk called Melitone (deliciously played by Alessandro Corbelli) who introduces more light relief when the story least needs it.

Taken individually, the dancing and comedy are excellently done, but any attempt to integrate them into the story is bound to fail and this production wisely refrains from even trying.

To make up for the vagaries of the plot, however, Antonio Pappano conducting the Royal Opera House Orchestra lifts Verdi’s music to exceptional heights.

Setting a perfect tempo throughout, varying the volume between a resounding blast of the force of destiny and the whisper of despair, and keeping a superb balance between singers and orchestra players, he shows his absolute mastery of Verdi’s music.

Even with Kaufmann and Netrebko in the cast, it was Pappano and the orchestra who received the biggest cheers at the end.

I was surprised, however, to hear a small amount of booing when Christof Loy’s directorial team came on stage at the end. 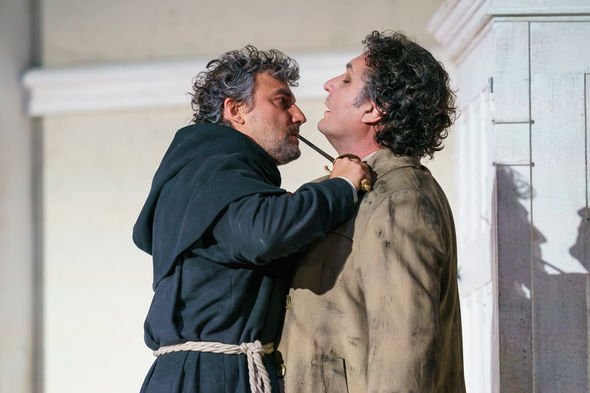 Some aspects of the production, such as the occasional projection of large images of the cast onto the set, seemed an unnecessary distraction, but in general they avoided the temptation of too much directional involvement.

Rather than criticise what they did, it seems to be they deserve at least some respect for the things they didn’t do.

And an evening of such excellence ought never to receive any boos.