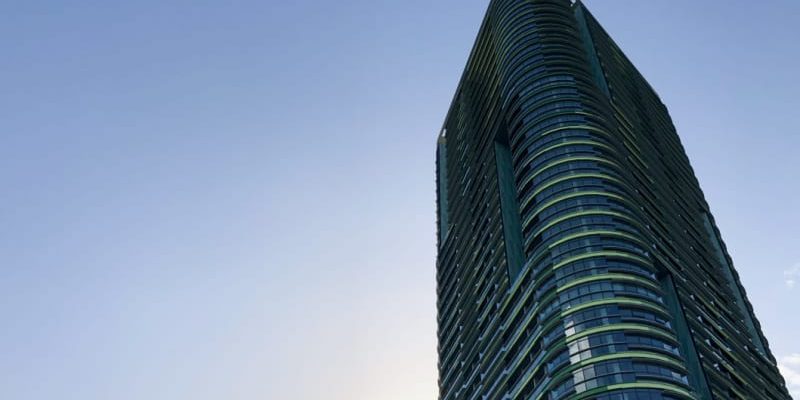 Opal. It may be apt – after the huge New Year’s Eve rail-fail left people muttering "Sydney is over" – that our transport card should name-share with the building that may come to symbolise Sydney's final fall from grace. 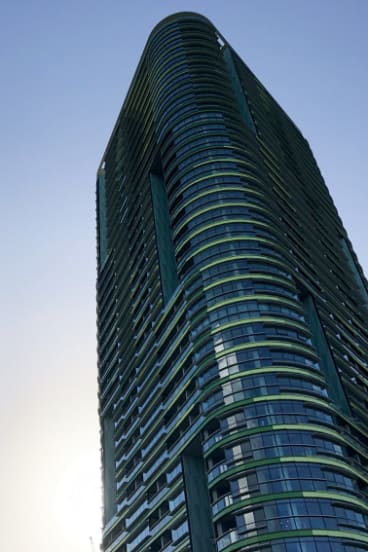 There's been much talk of cracks and crackdowns after the Opal Tower fiasco forced Olympic Park residents of new apartments to spend Christmas in their cars. But what was really cracking from side-to-side was the smooth face of neoliberalism, revealing the ugly lie that good governance can be contracted out.

Sydney is beautiful. There we agree. But this very loveliness has dulled its civic intelligence. This stupidity, lulling us into the nonsense that "market knows best" and fuelled by the biggest building boom in history, has begun to erode the very beauty on which it feeds.

The immensity of the boom, and the abject failure of successive governments, to sustain either built quality or essential services, could transform this glorious city into a sad hole where trains don't run, buildings collapse, cladding combusts without warning, homes are unsafe.

For this is unlikely to be an isolated case. The government may tub-thump about "cracking down on cowboy certifiers" but the Opal Tower fiasco did not result from a moment's inattention, a pocket of incompetence. More probably it's the product of a systemic, deliberate, ideological shift; of government's refusal to govern.

So now, as Opal residents – having been evacuated, restored, then re-evacuated – flounder indefinitely in temporary accommodation, as each day seems to take us further from either explanation or solution and blame is passed around like a hookah at a house-party, it is reasonable to wonder just how big is the iceberg of which Opal forms the tip.

Making your home in a high-rise tower embodies two critical levels of trust. There's the trust any individual must feel in a dwelling they call "home" and, behind that, a profound trust in the system that has produced it. This is where you relax, where you sing your children to sleep, where you're at your most vulnerable. Above all, it has to be safe. 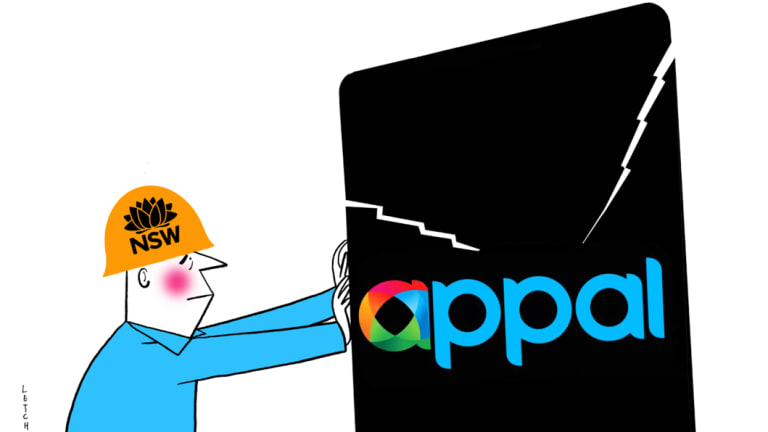 The system that told people "buy a new apartment, this is urban living, you'll love it" has betrayed that trust. Not because high-density or high-rise is inherently unsafe. Not at all. It can be done brilliantly – well built, well designed, well loved (think Berlin, Barcelona, Chicago). That this has not happened in Sydney is a profound betrayal of the trust we automatically place in government.

This not a market function. It is regulatory. And if that sounds like a small, pencil-pushing dullness of a job, it's not. It is of critical importance – and this government hasn't done it. It has not just been asleep at the regulatory wheel. It has deliberately deregulated in the name of red-tape snipping and affordable housing provision (joke) and then, compounding the stupidity, has outsourced the policing of those regs.

This is as idiotic as selling the land registry. The market does some things well – things (like growing strawberries) where competition is possible and useful. But where competition doesn't exist or, by driving down quality actually makes things worse (as in private certification), that function is core government.

Tales abound. I know people whose building has a pool on the roof. Nice, except that the pool leaks, the structure is damp, and no-one can find the leak. You know what steel does when it's wet, right? It rusts, expands, cracks the concrete. So the strata body demands levy after levy – tens of thousands per unit – as it tries, and repeatedly fails, to plug the hole.

Even where adequate standards exist, they're rarely mandatory and more rarely enforced. Geoff Crittenden of the Welding Technology Institute of Australia, says: “about 85 per cent of the 600,000 tonnes of fabricated steel imported into Australia every year is non-compliant".

And that's before we get to the flammable materials that could cost owners $12.5 billion; the pathetic defects protocols; the off-the-plan buyers duped into buying flats that can be 20 per cent smaller than promised; the voiceless residents bullied by huge, arrogant agent-run strata bodies. With four-fifths of City of Sydney dwellings now apartments and more than a million apartment dwellers in metro-Sydney, this is set to become a nightmare.

Some call for an inquiry. But an inquiry (I give you stadiums, Sydney light rail and Westconnex) has become the placebo you apply when you have no intention of change.

It's 20 years since Labor's then-planning minister Craig Knowles introduced private certification, which I described in this very column as "a small measure of stupendous idiocy" bringing the "inherent and unavoidable conflict between public duty and private money". It was a disaster from the start. Since then we've had reviews, reports, select committees and commissions. In 2007 we established the Building Professionals Board as watchdog.

Yet here we are, with people who've slaved for years at some soul-destroying job, scraping together sufficient deposit to plead with dishonest banks for a lifetime's mortgage on a tiny chunk of exorbitant Sydney and now, through no fault of theirs, they can't inhabit even that tiny chunk.