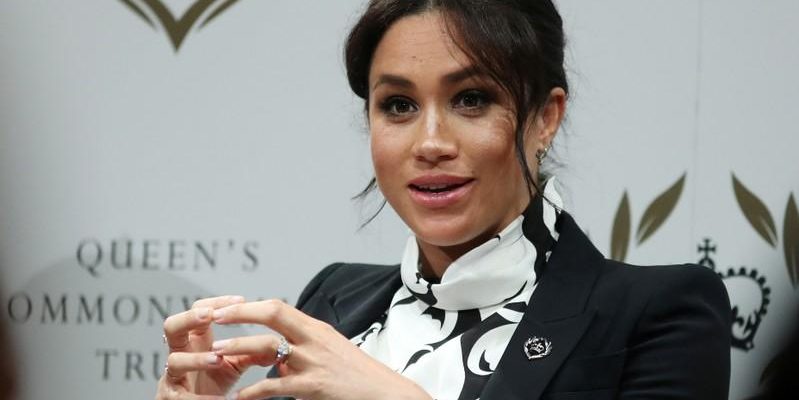 LONDON (Reuters) – Meghan Markle said on Friday she hoped the baby she is expecting this spring with Britain’s Prince Harry will follow in her feminist footsteps.

The ex-“Suits” actress made the comment during an International Women’s Day panel discussion at King’s College London.

Asked how her “bump” was treating her, Meghan told the audience: “very well”.

“I’d seen this documentary on Netflix about feminism and one of the things they said during pregnancy was ‘I feel the embryonic kicking of feminism’,” she said.

“I love that. So boy or girl or whatever it is, we hope that that’s the case, with our little bump.”

The 37-year-old, who married Harry last May, has long been vocal about women’s causes and in January became the royal patron of Smart Works, a charity helping long-term unemployed women.

Others on the panel, which touched upon gender equality and the obstacles women face, included singer Annie Lennox, model Adwoa Aboah and former Australian Prime Minister Julia Gillard. It was convened by the Queen’s Commonwealth Trust.