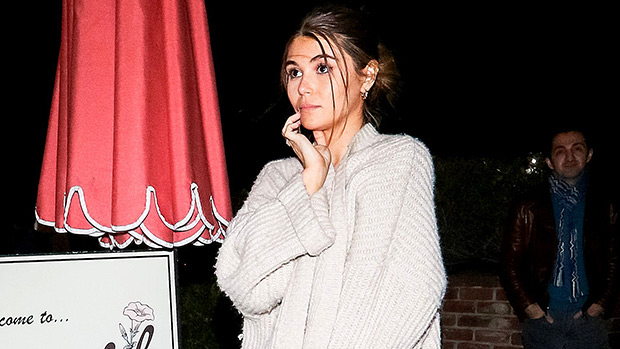 Lori Loughlin faces possible prison time for her alleged role in the college cheating admissions scandal, and we’ve EXCLUSIVELY learned that her daughter, Olivia Jade, is hiding out of fear that she’ll end up behind bars too!

How much longer will Lori Loughlin remain a free woman? The 54-year-old Fuller House star was indicted in the “Operation Varsity Blues” college admissions scandal, after allegedly paying $500k in bribes to get her daughters into USC. Lori was charged with conspiracy to commit mail fraud and honest services fraud, which could get her 20 years in jail. One of her girls, Olivia Jade Giannulli, 19, is “terrified that she may end up in jail too,” a source close to the YouTube star EXCLUSIVELY tells HollywoodLife.com.

“She is upset with her family for putting her through this and can’t help but blame her parents for getting her into this mess,” the source tells HollywoodLife.com. “Olivia has been an emotional wreck all week and has been fighting back the tears daily. She doesn’t want to go to jail and feels like none of this was her idea, so she is freaking out.” While Olivia is mortified over the mere thought of having to go to jail over her parents’ alleged bribery (her father, Mossimo Giannulli, was also indicted by the Justice Department as part of the largest ever college admissions prosecution), there’s one thing that scares her even more: losing her mom.

“Olivia and her mom are so close, Olivia cannot stand the thought of losing her mom for just one day just because she was just trying to help her get into a good school,” the insider adds. “Olivia has been hiding at home and is too embarrassed to go anywhere in public right now and can’t wait for this all to be over.”

In the wake of these allegations, the Hallmark Channel fired Lori, while Olivia (a well-known YouTube star) has been dropped by Sephora and TRESemmé. Also, Olivia reportedly won’t return to USC out of embarrassment, while Lori is not expected to return for the final season of Fuller House. As for the chance that Lori will actually wind up in prison, Massachusetts state criminal defense attorney Edward Molari EXCLUSIVELY told HollywoodLife.com that “with the right lawyers, jail time is not a foregone conclusion, but it’s unlikely any participant will get out of this unscathed. I’d expect a range from hefty fines to house arrest and jail for some participants.”