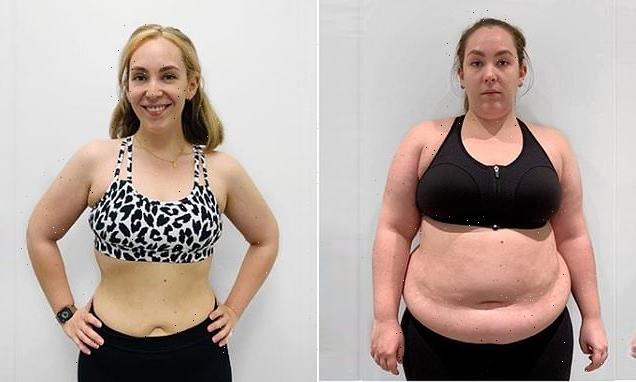 Office worker, 28, who suffered joint pain and high blood pressure when she tipped the scales at more than 18st reveals how she lost six STONE during lockdown

A young woman who suffered joint pain, heart burn and high blood pressure after tipping the scales at more than 18st has revealed the result of her 6st weight loss.

Evie Nagy, an advertising and marketing manager, was determined to shed the pounds last year after struggling to perform everyday tasks.

Despite a series of lockdowns which saw gyms closed, Evie followed a plan set by a former Olympian and in 15 months lost more than 6st – and no longer needs blood pressure medication. 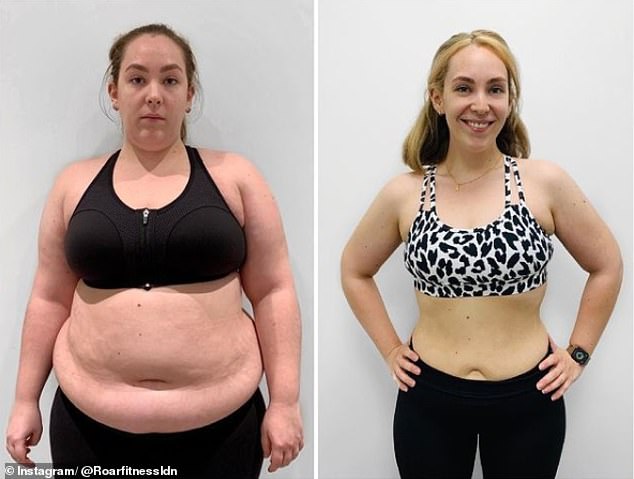 Evie Nagy (left before weight loss and right after) tipped the scales at around 18st 2lb, or 116kg and in 15 months lost more than 6st, or 42kg 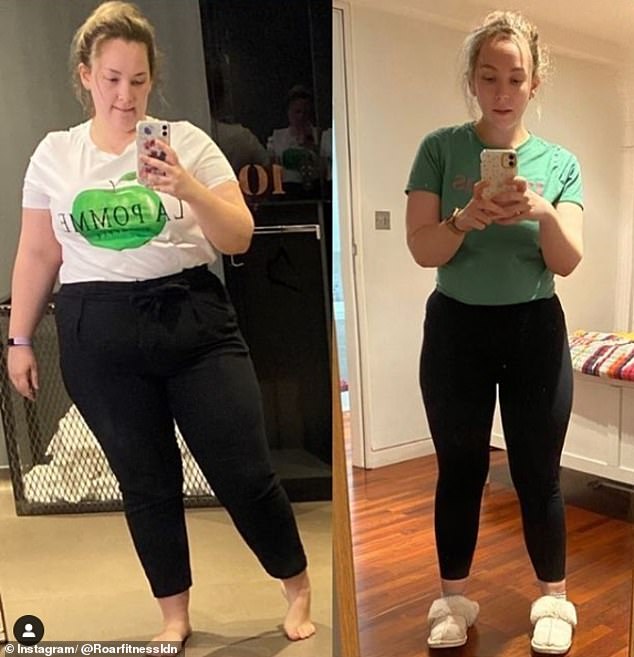 The advertising and marketing manager was spurred to shed the pounds last year after struggling to perform everyday tasks. Pictured: Evie before her weight loss journey (left) and after 15 months of training (right) 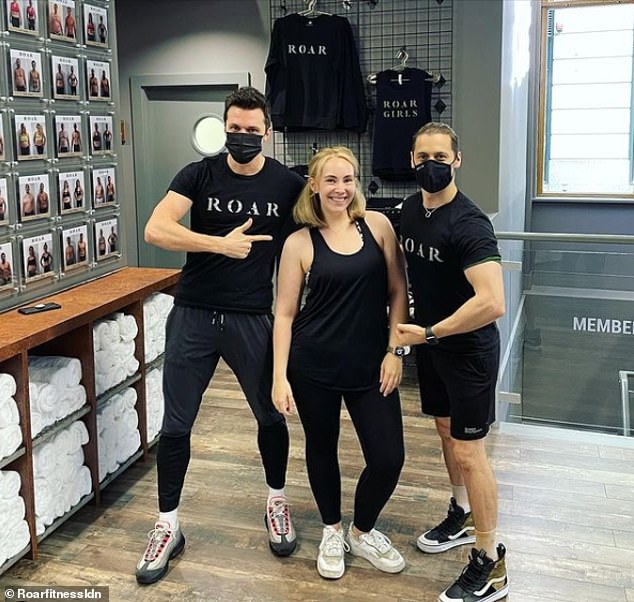 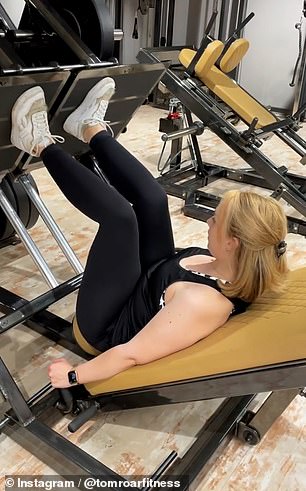 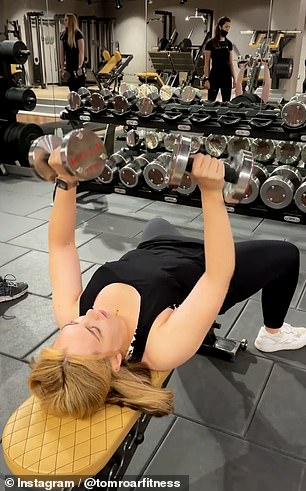 Place salmon in an ovenproof dish with asparagus

Season with salt, chilli flakes, paprika and garlic powder for a spicy kick

Chop 2 spring onions and half an avocado and serve 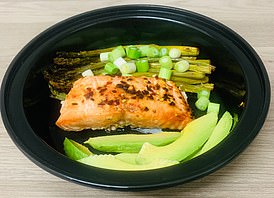 Keen to turn her life around, Evie signed up to Roar Fitness, a gym chain run by three-time Olympian, Sarah Lindsay.

At Roar, the concept is relatively simple – participants stick to three nutrient-dense, high-protein meals a day with healthy snacks, while lifting heavy weights under the guidance of superfit trainers.

Roar promises to give you the body of your dreams in as little as 12 weeks.

Evie, who stands at a petite 5ft 3ins, told MailOnline: ‘I was really unhealthy when I started; I was very overweight and on blood pressure medication which was directly linked to my weight.

‘My diet before was just everything in a huge quantity. I’d make everything from scratch but it would be a lot of pasta, a lot of wine, crisps, chocolate – all of it.

‘You can be a lazy vegetarian or vegan because there are a lot of meat substitutes.

‘I also have a family history of problems including arthritis and I had to do everything in my power to not let that become my future.’

So she threw herself into the new regime, going without any junk food or wine for more than a year.

‘When I signed up to the plan I just thought, there’s no point complaining, I can’t have it. I’m an all-or-nothing person so as soon as I started, I managed to shut it off – no crisps or junk for a year and a half.

‘I didn’t miss any food – I was so happy to follow a plan and I knew I could come back to chocolate, it would be there forever. I didn’t have chocolate for a year and a half, and wine on special occasions only.

‘I’m not sure how I’d have done if we weren’t in lockdown though’ because I work in a very sociable industry. But when Boris ruined Christmas, I cracked – it drove me to a G&T. 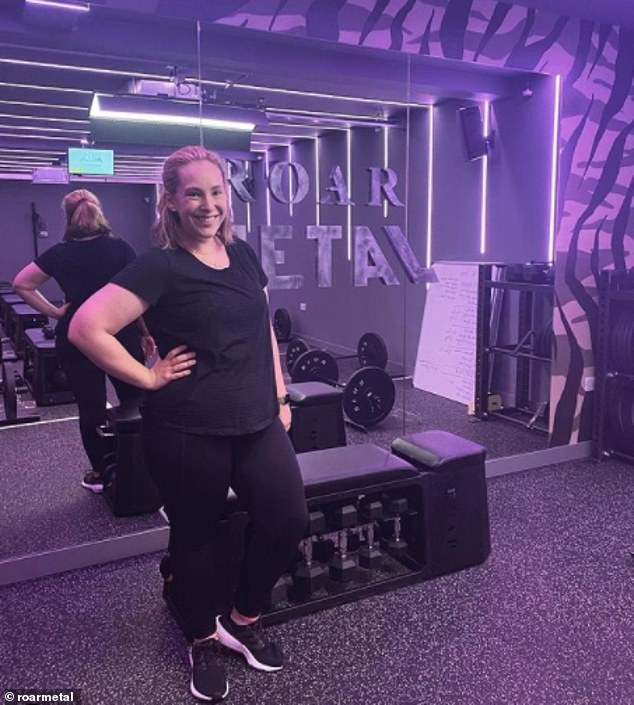 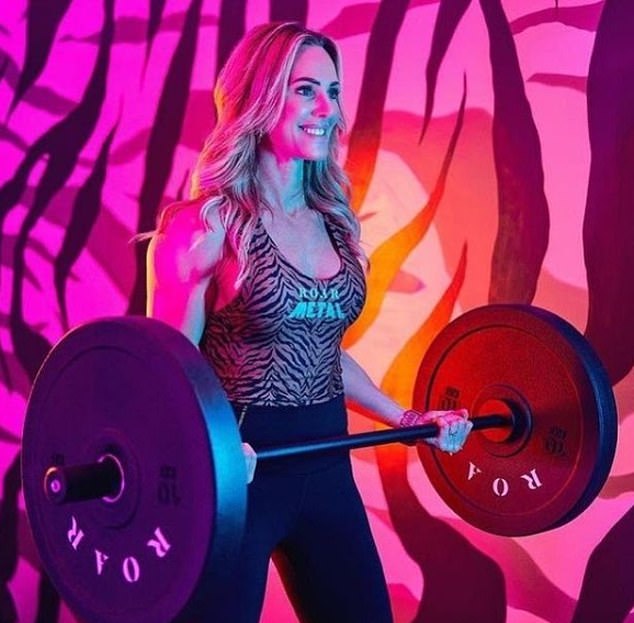 Roar Fitness has gyms in Kensington, Bank and Liverpool Street and is run by three-time Olympian, Sarah Lindsay (pictured) 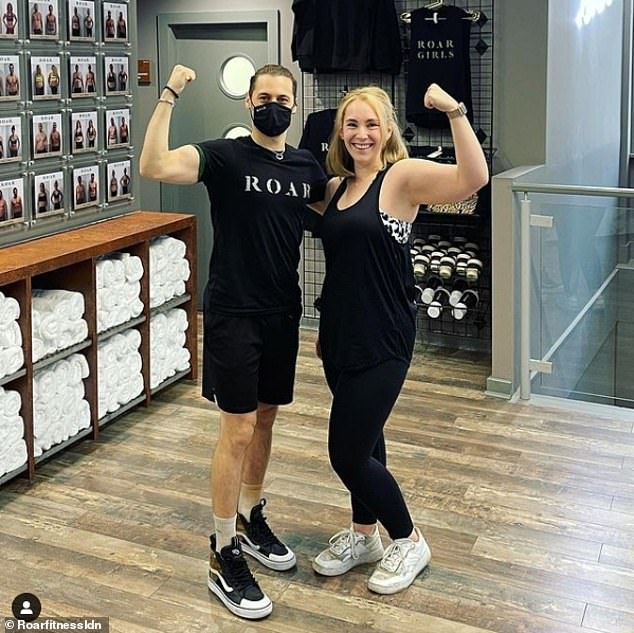 Evie at the end of her 15-month programme with her proud trainer, Tom 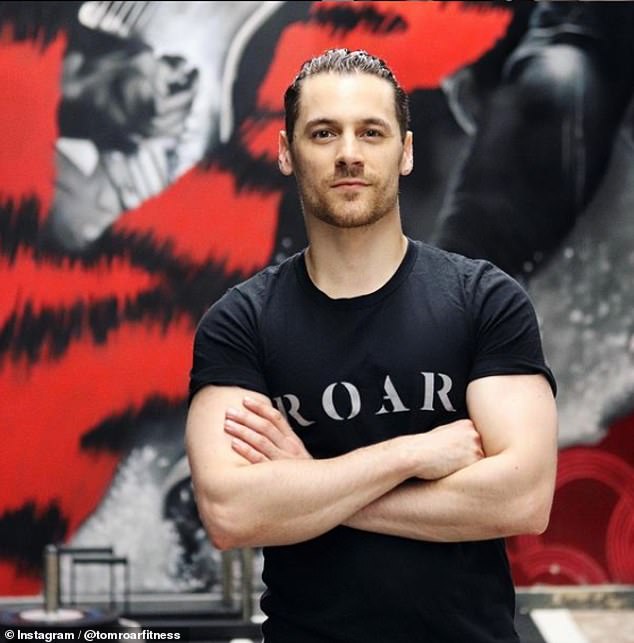 Evie was put through her paces by Roar personal trainer, Tom Paulson

Evie had around 12 gym sessions but once lockdown started in March 2020 she was just following a diet plan and walking her dog, aiming for 10,000 steps a day, ‘at least.’

She added: ‘As soon as we were allowed back in gyms, I was there. The government would lift restrictions on the Monday and I’d be in the gym, that morning. We focused on lower body or lower body, alternating between the two three times a week, one hour at a time.’

Evie was spurred to lose the weight after suffering an injury at university.

She said: ‘I grew up doing ballet followed by a degree in musical theatre so I was always active until my early 20s, when I tore ligaments in my ankle – then it went downhill and I put on weight, very quickly.

‘Between November 2019 and January 2020, I convinced myself that I couldn’t lose weight.

‘I was watching the TV show House one evening and they diagnosed someone with Cushing’s disease and I convinced myself that I had it – I had some of the symptoms, and even went to hospital and had loads of tests done.

Now, Evie is working on maintaining her new streamline figure while trying out new exercises.

‘I try to do at least 10,000 steps a day and go to the gym. At the moment, I’m just trying to educate myself about nutrition and exercise.

‘I make sure I get enough protein because I’m a vegetarian, I started an Instagram to try to help others and I’m just trying new things – trampolining, bikes – to figure out what I enjoy.

‘I eat balanced meals, and really just practice listening to hunger cues and mindful eating – which can be easier said than done.

‘When I was doing Roar I ate 1,500-1,700 calories per day. I don’t calorie count now, which can be stressful without the structure and accountability, but I try to be mindful and remind myself, no, I don’t need the third piece of toast.

‘My plan was to get to a size 12, which I did, then maintain that for a year then see if I want to go smaller.

‘I have to buy a whole new wardrobe for winter because I only have size 18 clothes.

‘I got taken off blood pressure medication because it came down to a normal range and moving around is now so much easier. I feel a world of difference and no longer get heartburn.’ 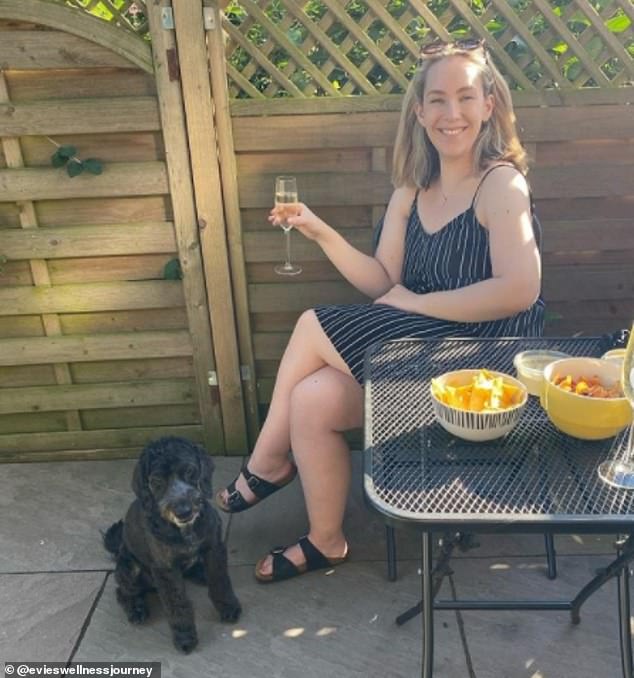 The 28-year-old now enjoys a healthier lifestyle, without the need for any medication 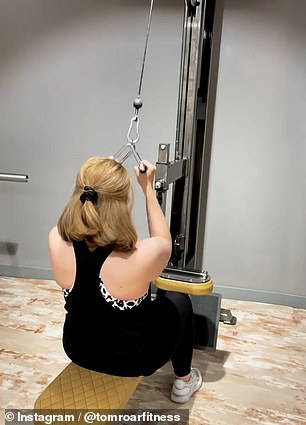 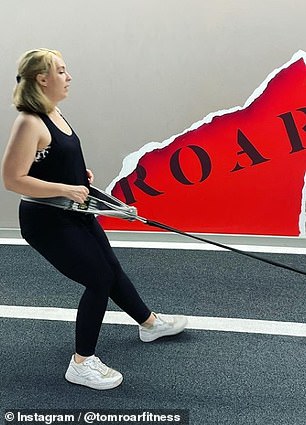 Alongside weight lifting, the marketing manager was given a high protein diet to follow

Evie added: ‘I don’t miss anything now, I have it regularly, but listen to my body. There is chocolate in the house if I really really want it.

‘I would definitely do the programme again, and would tell anyone to do it, especially when you need a big life change like I did.

‘I also lost a few people I love to Covid; it makes you really think about underlying health conditions. It made people realise they’re a bit more mortal than they think.

‘I’m making sure I give myself the best possible foundation for myself in years to come.’

Roar Fitness has gyms in Kensington, Bank and Liverpool Street and new weight training classes done online from home, or in the Kensington studio.