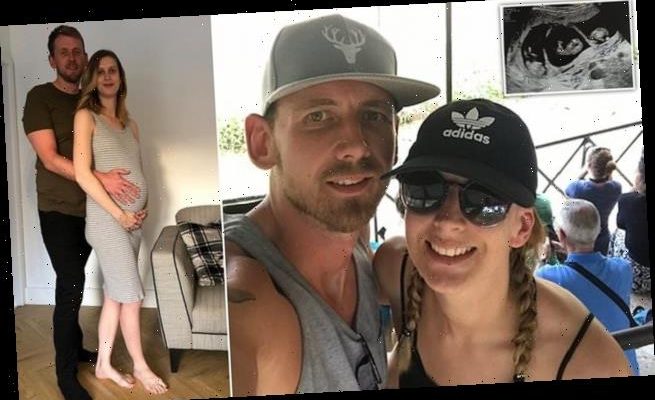 A nurse who battled fertility issues for years has revealed her joy after falling pregnant with triplets during the coronavirus pandemic.

Shannon Steele, 29, from Ipswich, had long dreamed of becoming a mother when she was diagnosed with polycystic ovary syndrome when she was 15, and thyroid condition about three years ago.

She and her husband Matthew, 35, tried for several years and were contemplating IVF when they finally falling pregnant in March.

The nurse, who works for Orchard Medical Practice, admitted they were ‘totally overwhelmed’ when they heard she would be having triplets. 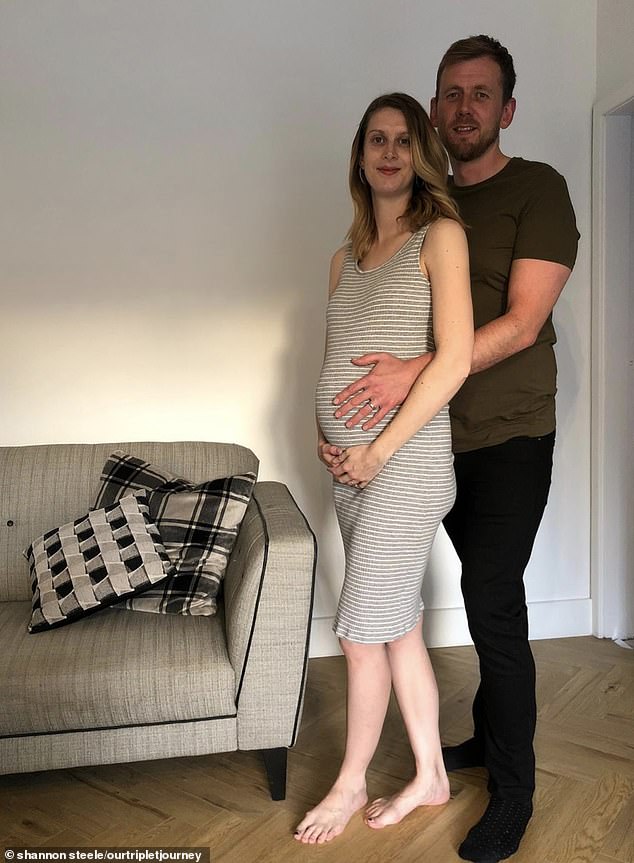 Shannon Steele, 29, from Ipswich, and her husband Matthew, 35, were ‘totally overwhelmed’ when they fell pregnant with triplets in March of this year

Shannon, who is documenting her pregnancy journey on @OurTripletJourney revealed: ‘I was 15 when I was diagnosed with polycystic ovary syndrome, so at the time it was more of a relief to know what was going on with my body.

‘None of the doctors approached the subject of fertility issues with me at that age.

‘It wasn’t until I was around 18ish years old that I began realise I may have struggles.’

She added: ‘I’ve always wanted to be a mother – I think being a nurse has a lot of ‘mothering’ qualities.’ 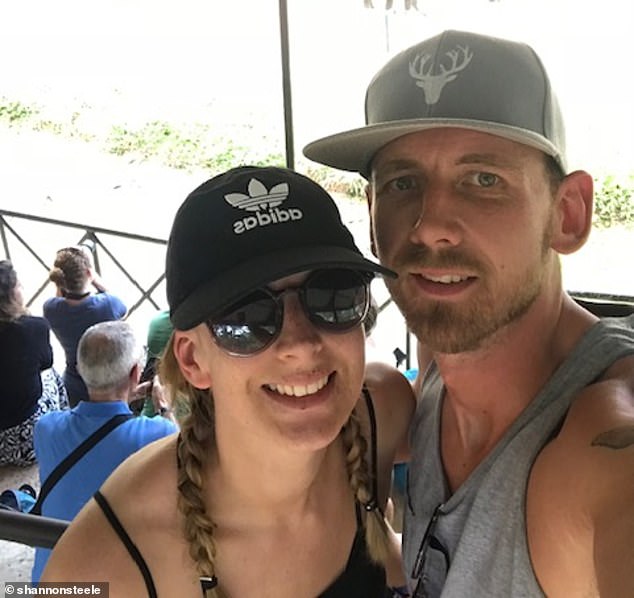 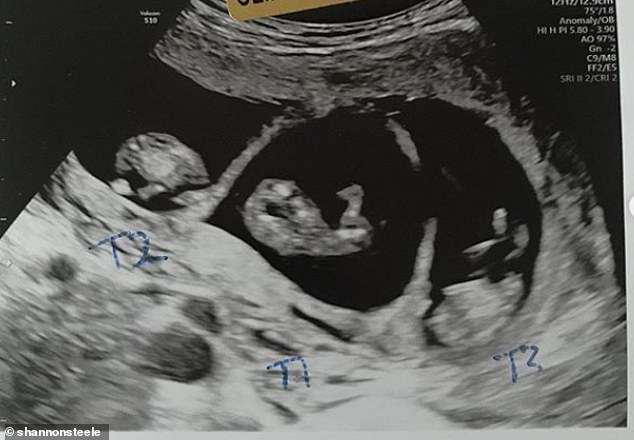 And, when she married husband Matthew two years ago, the couple shared the dream of welcoming children.

She said: ‘We’ve been together for eight years. We’ve got beautiful nieces, so we always knew we wanted to have children of our own.’

WHAT ARE THE ODDS FOR CONCEIVING TRIPLETS NATURALLY?

‘The actual figure depends on what you take as the background chance of a twin pregnancy,’ said Ruwan Wimalasundera, Mrs Cerikci’s consultant at University College London Hospital.

‘Statically it is now 1:50 in the UK but this figure includes the large amount of twins from IVF.

‘Naturally the chance of naturally conceived twins is lower and probably about 1:80. So if you take the 1:50 the chance for triplets is 1:2 million.

The couple ‘officially’ started trying to have children two years ago, with Shannon calling it ‘a long slog.’

She explained: ‘It’s not long in the grand scheme of things, and there are plenty of couples out there that have been trying for much longer.

‘But it’s a long enough slog when you’re constantly taking medications that effect your hormones, and some come with some pretty horrible side effects.’

She admitted that she and her husband were ‘one step away’ from IVF before she took a pregnancy test in March of this year.

Shannon explained: ‘I put off doing a pregnancy test for a while, because I was starting to resent seeing those “not pregnant” words pop up.  Each time is was negative, it was so painful.

‘I finally plucked up the courage on a Sunday morning, at 6am in the morning (first morning wee is the best time to test).’

Shannon was amazed to see that the test was positive, saying: ‘Those words we had been waiting for popped up. 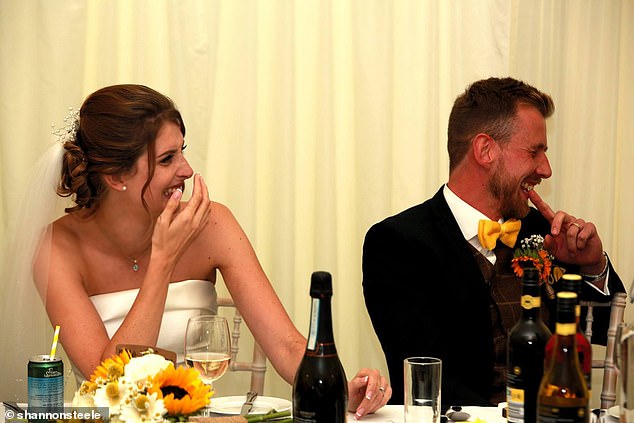 The couple, who got married two years ago, had both dreamed of having children and becoming parents 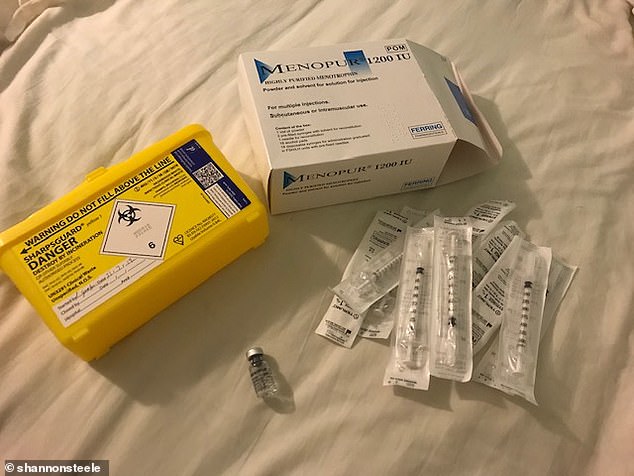 ‘So naturally I took 3 more tests of different brands and the two pink lines were so strong.

‘I started sobbing and went into the bedroom and burst in to tears. Matt just assumed it was another failed attempt.’

Meanwhile  Shannon went on to say that Matt was overjoyed when he saw the result, saying: ‘I couldn’t speak so just handed him the tests and he sat bolt upright and just laughed. He laughed for ages.’

And, after their initial joy, the mother-to-be admitted she was particularly shocked to learn she was carrying more than one baby.

What is PCOS? Causes, symptoms and treatment explained…

PCOS is a hormonal disorder causing enlarged ovaries with small cysts on the outer edges.

Women with PCOS may have infrequent or prolonged menstrual periods or excess male hormone (androgen) levels.

Fertility may also be affected.

While the exact cause of PCOS isn’t known, insulin resistance caused by a highly refined and processed diet is believed to be one of the biggest triggers.

PCOS can be managed through diet, the contraceptive pill and other oral medications.

She said: ‘We found out it was triplets at our 7 week early scan that the fertility department at the hospital arranged.’

Calling her consultant ‘the most amazing doctor you’ll ever meet’, Shannon revealed he told her: “Congratulations, I can see them.’

The couple, stunned, asked if they were expecting twins, before the consultant told them it was in fact triplets.

Shannon said: ‘I couldn’t help the words that came out of my mouth at that point. We were totally overwhelmed and it took a long time to come to terms with having 3 babies.’ 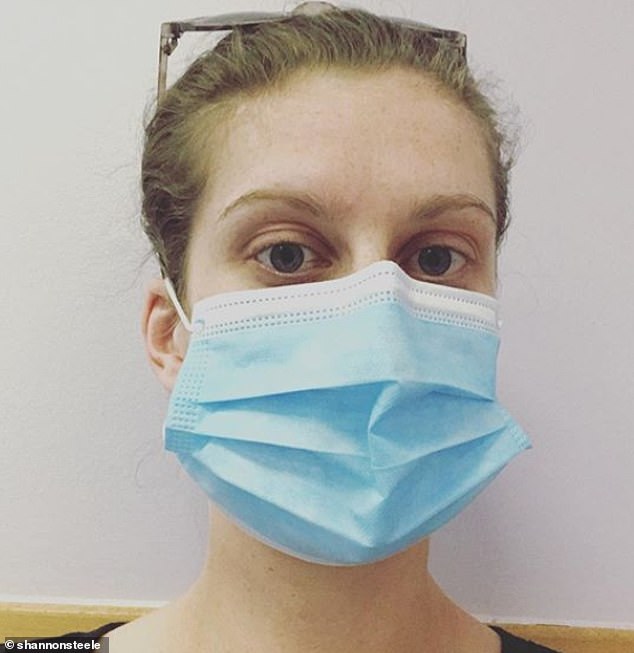 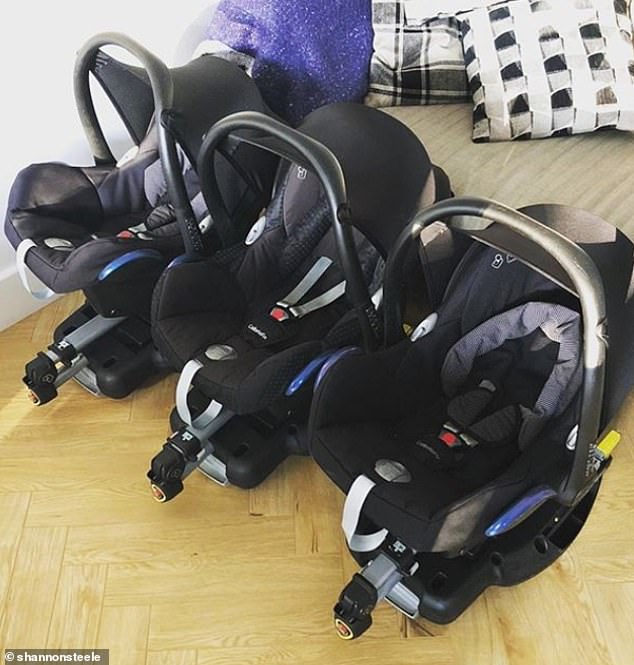 She explained that while she had two cousins that had twins, and her great-grandmother was a twin, Matt’s family don’t have any history of twins in the family.

While she has been overjoyed throughout her pregnant, Shannon admitted it had been ‘tough’ to fall pregnant during the coronavirus pandemic.

She said: ‘I’ve chosen to self isolate and not left the house in weeks, except to go to hospital appointments.

‘My employer has been absolutely wonderful and had helped to facilitate working from home – not standard practice for a nurse. 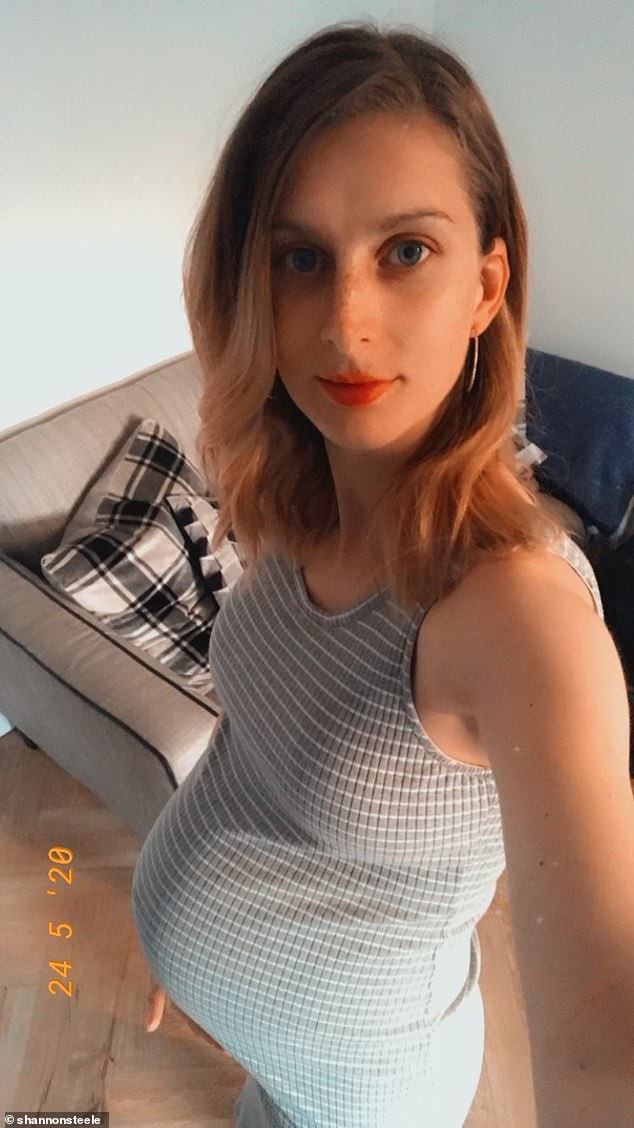 ‘It’s hard not being able to share our pregnancy with friends and family or to do things as a married couple before the babies arrive.

‘I’m not one to buy online, I like to look at things and shop around, so that has been hard. We need to get a bigger car, but unable to look around and find one we like – and time is ticking.’

Meanwhile she added that she and her husband were yet to find out the sexes of the babies, saying: ‘We’re keeping it a surprise.

‘I’ll be having a caesarean section, so I’ll be using the excitement of finding out what we’ve having as a way to keep calm and relaxed.’