Treasurer Dominic Perrottet will be forced to ignore a Coalition law designed to protect the state’s AAA credit rating as the NSW government grapples with its worsening bottom line.

The objective of the Fiscal Responsibility Act (FRA), passed when former premier Mike Baird was Treasurer in 2012, is to “maintain the AAA credit rating” for NSW, which was lost this week. 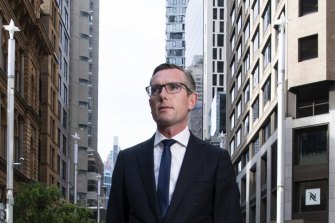 But Mr Perrottet says the unique circumstances of the pandemic demand the needs of the economy must be put before budget rules.

“In exceptional circumstances we have put the welfare of the people of NSW ahead of meeting the strict objectives of the FRA," he said.

“As NSW recovers from the first recession in a generation we will look at fiscal repair and how this fits within the guiding framework.”

But the government will need to amend the Fiscal Responsibility Act because of a decision to delay the elimination of the state’s unfunded superannuation liability for a decade.

The decision to push back the superannuation target will reduce the state's net debt by $5.1 billion over four years to 2023/2024.

However, NSW Labor treasury spokesman Walt Secord said: “The State Government painted itself into a corner when they passed this act eight years ago."

The 2012 act sets a target for annual growth in government expenses to be “less than the long-term average” revenue growth in NSW.

But last month’s state budget showed annual expenditure growth will be well above long-term average revenue growth in both 2019-20 and 2020-21 due to the economic slump caused by the pandemic.

“When the FRA was introduced back in 2012 nobody could have foreseen the impact of COVID-19 on the world’s economy and here in NSW," Mr Perrottet said. 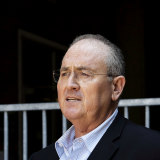 When Mr Baird introduced the Fiscal Responsibility Act to parliament in May 2012 he said it showed how “determined” the government was to retain the state’s AAA credit rating.

“In Australia, the community expects its governments to be fiscally responsible,” he said.

But Labor says the government's decision to put the needs of the economy before tax increases or spending cuts to quickly restore the AAA credit rating raises questions about the point of the act.

Mr Secord warned the Berejiklian government would turn "to slashing services and programs; hiking up taxes; or hasty fire-sale privatisations – when it is in a jam."

“The preliminary advice is that the Berejiklian Government will have to amend its own NSW Fiscal Responsibility Act 2012 – breaking the spirit of the Act. Among other measures, this will push out the elimination of the State’s unfunded superannuation liability to 2040 – by another decade," he said.

Deloitte Access Economics budget expert, Chris Richardson, said he was “not at all fussed” by NSW losing its AAA credit rating given the extraordinary economic circumstances caused by the pandemic.

“If the state has broken its own code, then it’s the code that’s the failure not what’s happening,” he said.

“The thing to do is get a better code.”