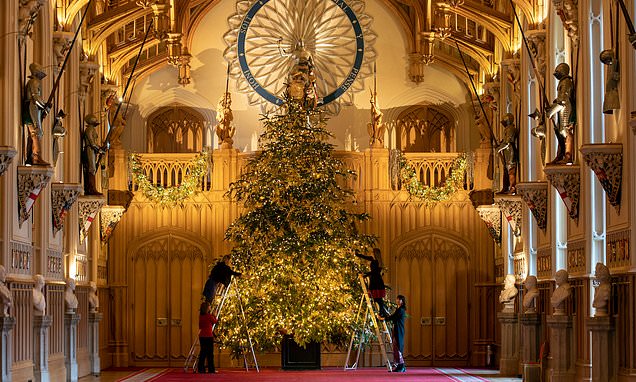 The Queen will spend the festive period at her Norfolk retreat surrounded by her family, but before then her other royal residences are undergoing their own Christmas makeover.

A spectacular 20ft Nordmann fir – decorated with golden baubles and pine cones, hundreds of fairy lights, and even tiny replica crowns – has been erected in St George’s Hall in Windsor Castle.

Staff had to climb ladders to decorate the enormous tree, which will be on public view from the first day of December tomorrow.

The castle is also playing host to its Royal Wedding exhibition, a celebration of Prince Harry and Meghan Markle’s nuptials, which took place at Windsor in May.

The castle holds a special place in the hearts of the couple, who have chosen to make Frogmore Cottage within the grounds their official residence – and not Kensington Palace as expected.

This year will mark the Duke and Duchess of Sussex’s first Christmas as married couple, and they are set to join the Queen and other senior royals at Sandringham for the celebrations.

Meghan’s mother, Doria Ragland, is rumoured to have been invited to join her daughter and son-in-law on the Queen’s estate for the festive period. 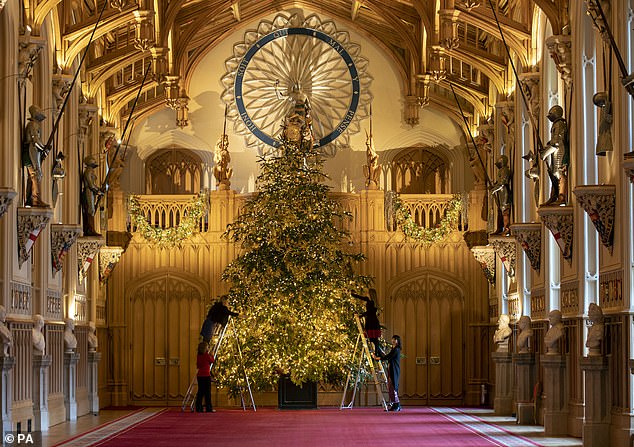 How the Queen does Christmas: Staff climb ladders in St George’s Hall to put the finishing touches to the tree, which is decorated with gold baubles and miniature crowns 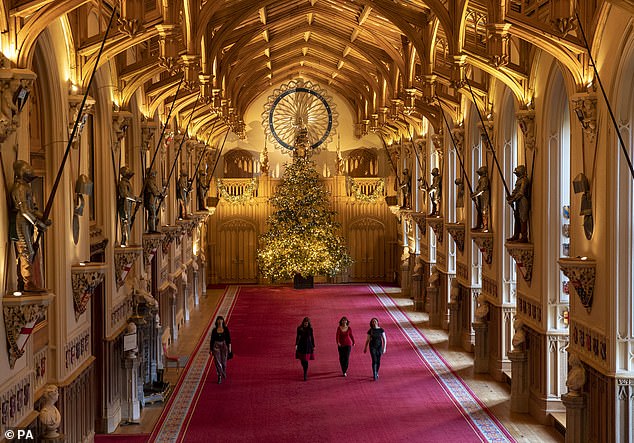 The final result: Bathed in the golden glow of hundreds of fairy lights, the tree makes a dazzling centrepiece in St George’s Hall 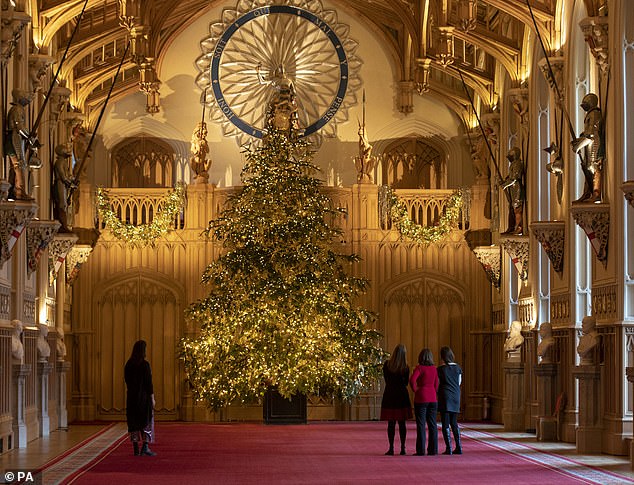 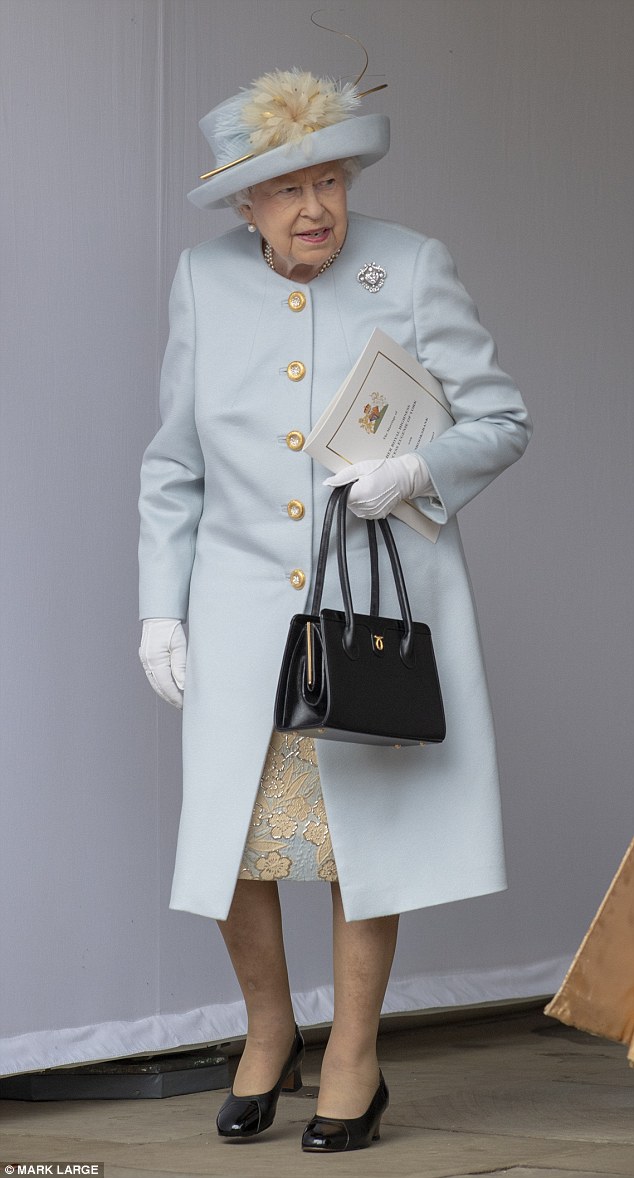 The Queen traditionally spends Christmas at her Sandringham Estate in Norfolk, surrounded by her family. But her royal residence in Windsor is also being decorated for the festive season 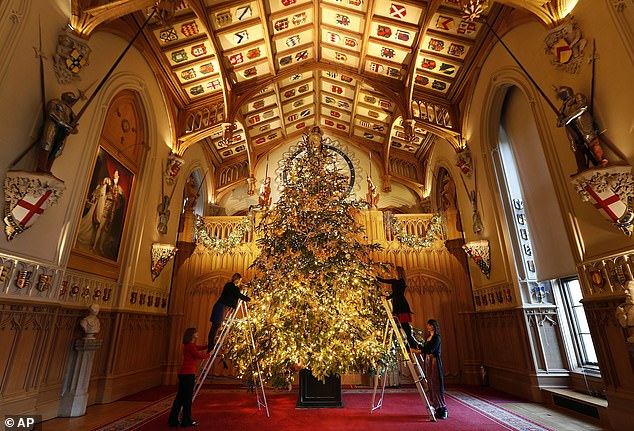 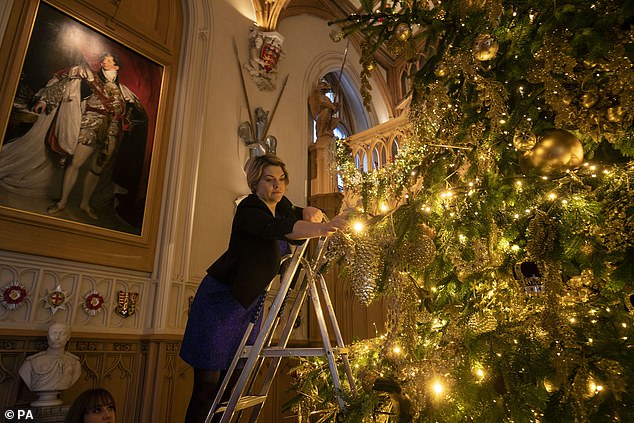 Its branches have been hung with hundreds of decorations, including golden baubles, pine cones, and even miniature crowns 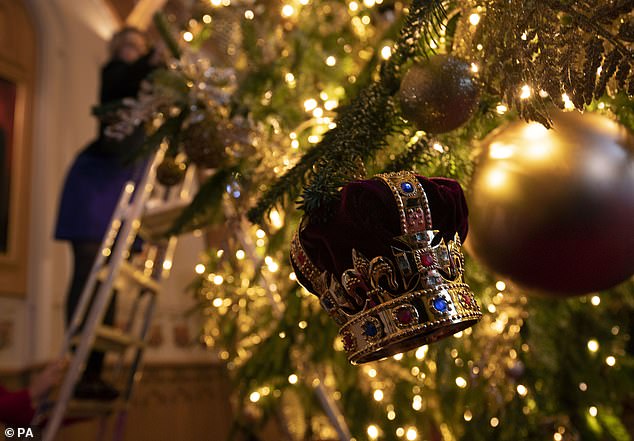 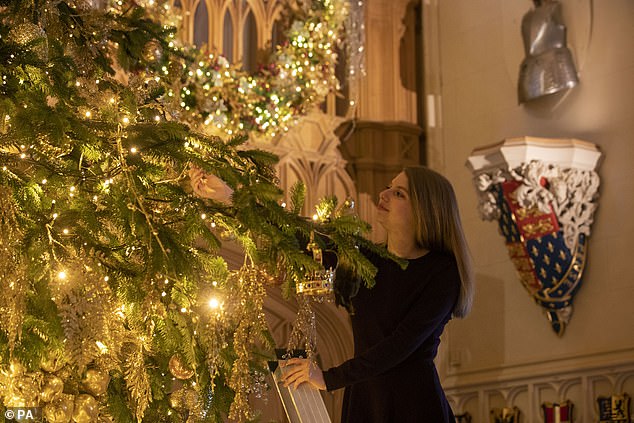 ‘Tis the season: From tomorrow, the first day of December, Windsor Castle will welcome visitors to enjoy the festive decorations at the historic venue 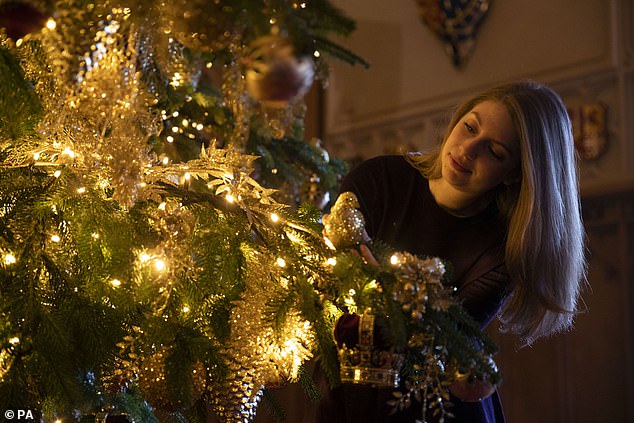 The castle is also playing host to its Royal Wedding exhibition following Prince Harry and Meghan Markle’s nuptials in May. The couple are set to make Frogmore Cottage, in the grounds, their official residence, leaving Kensington Palace behind 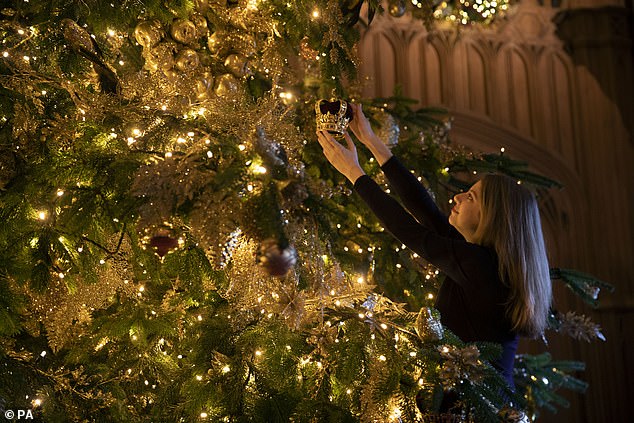 The Queen and the senior royals will decamp to Sandringham in Norfolk for the festive season as is traditional. This year the Duchess of Sussex’s mother, Doria Ragland, is rumoured to be joining her daughter and her new family for the celebrations 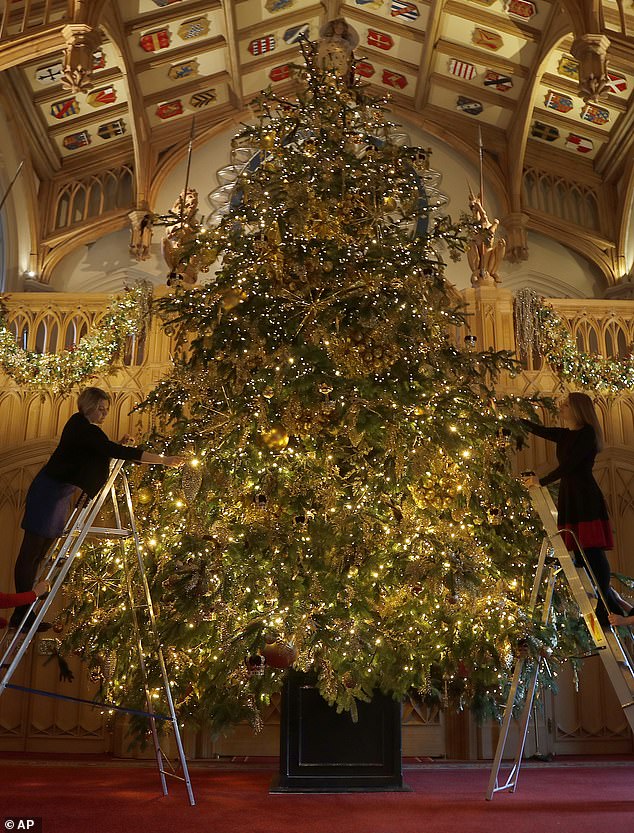 Majestic effect: The 20ft tree makes for an impressive display in the historic hall at Windsor Castle. The decorations will be open to view for the public