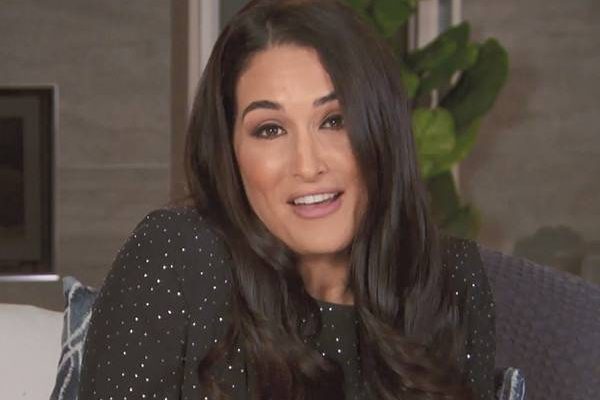 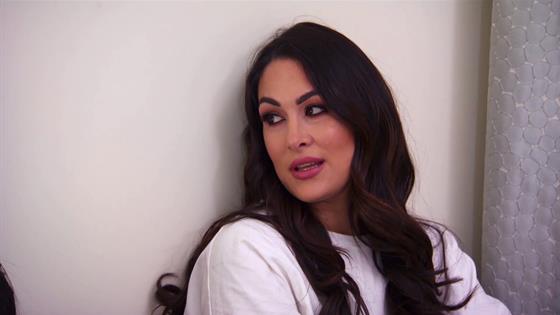 “This is what I’ve worked for the past 12 years. Nothing gets bigger than that,” she said of sharing the ring with Ronda during Evolution’s highly-anticipated final match. So even though Nikki didn’t end up winning, she still walked away knowing she got what she came for.

“This was such a hell of a ride. And I’m just so proud of all the women,” said the Bella twin, adding that Evolution felt like a “closing of this amazing chapter” in both her life and career.

The metaphor felt more and more appropriate as this week’s finale progressed. After Evolution, Nikki and Brie caught a flight to Napa Valley, the sprawling vineyard county in NorCal where Nikki and John Cena almost got married.

The twins’ impromptu return to wine country less than a year later was prompted by a Belle Radici-related business opportunity—to check out the grape crop during harvest season—but understandably still unearthed some difficult memories.

But going back to Napa for the first time since her and John’s breakup was cathartic in its own way, too. “I feel like it was the first time I’m just fully, like, starting my true grieving and healing process,” she told Brie. And while she admitted that seeing her ex with someone new would be difficult for her “no matter what,” Nikki was ready to start fresh. “I still have a long way to go, but honestly, I’m ready for a new me. I need it,” she said.

The Bella twin put her personal journey on hold for a couple of weeks to tour Europe with WWE sans Brie, who officially retired her wrestling gear after Evolution. When Fearless Nikki returned to the states, she was—drum roll, please—ready to do the same. 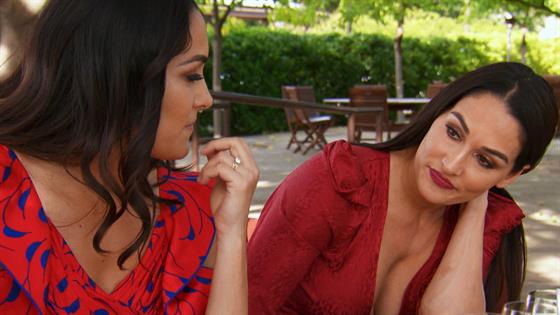 “[The tour] was good but I just feel like I’m too old for that travel. The travel was really, really rough,” Nikki told her family during the twins’ 35th birthday celebration, explaining that the relentless schedule on tour had been especially hard on her body this time around. “I was like, why am I doing this anymore?” she finished.

“Well, you can hang ’em right next to mine,” toasted Brie with a raised glass. To be clear though, she didn’t mean that literally. Those who’ve been following Brie’s personal journey this season know she and Daniel Bryan recently found a house in Phoenix and were getting ready to leave San Diego for good. And as it turned out, she wasn’t the only Bella twin investing in new real estate.

“So, I have some news: I got a house in L.A.!” Nikki announced later. Of course, as excited as she was to finally move to the city she’d been eyeing all season, parting ways with her sister was a pretty emotional affair. Standing in Brie’s driveway once the house was all packed up, Nikki told her sister she’d miss their morning coffees. Brie said she’d miss their evening wine. “Here’s to being 35 and finally being on our own,” Nikki laughed. And just like that, the Bella twins drove off in separate car, en route to separate destinations.

“I just feel like this free spirit. Truly like a butterfly out of her cage. I don’t know, I have this new level of excitement,” said the single Bella twin before hopping on the back of Artem Chigvintsev‘s Ducati and riding off into the Hollywood sunset. “I’m ready to really explore new things and people and just really see what certain chemistries are all about.”

See how it all went down in the full recap video above!