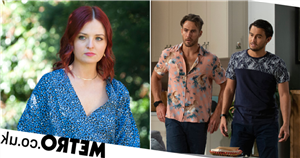 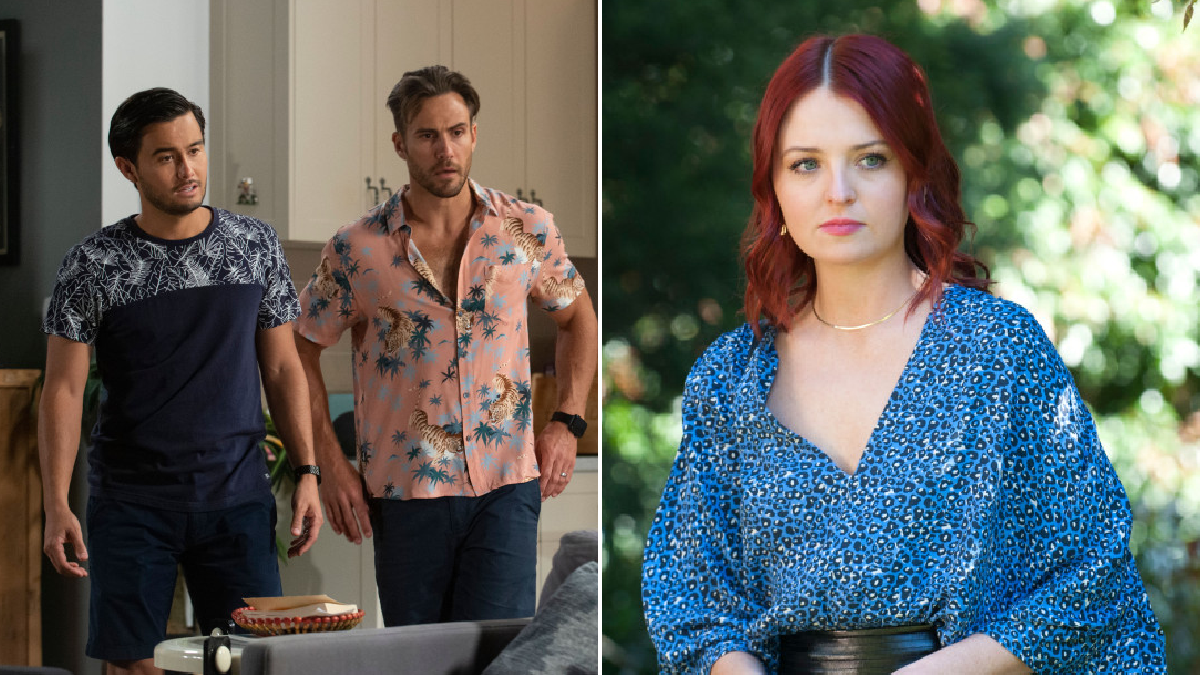 Nicolette’s (Charlotte Chimes) relationship with Aaron (Matt Wilson) and David (Takaya Honda) is going south fast when she gets to breaking point over Brent (Texas Watterson) and Emmett (Ezra Justin) in Neighbours. Could this ruin their little unconventional family?

Nicolette is lucky to be alive after Brent’s hijinx with Holden, so she has the right to be sensitive and salty AF. Chloe (April Rose Pengilly) and Jane (Annie Jones) do their best to nurse her, but the absence of Aaron and David – whose main focus seems to be Emmett and Brent – doesn’t go unnoticed and she’s left hurt and frustrated that these two seemingly wayward lads are taking precedence over their unborn baby.

Their unborn baby who was nearly crushed to death thanks to Brent and Emmett.

Having had enough, Nicolette delivers an ultimatum – it’s her and the baby, or them.

It’s an impossible scenario for Aaron and David; how can they possibly choose between their own unborn child, and the two teenagers who don’t know what love is and desperately need their help?

They can’t believe their ears and are aghast that Nic would even ask such a thing of them. Emmett can sense something is up and tries to find out what it is, while Chloe is left stuck slap bang in the middle of her brother and her girlfriend. She may end up stuck with an ultimatum of her own.

Before she has time to decide on taking sides, the family are dealt another shocking blow – Jenna, the boys’ mum – suddenly arrives in town. Aaron and David are horrified at her unexpected arrival, and immediately turn on Nicolette for pushing through her plan to rid herself of the two teens.

She protests her innocence but there are bigger problems to deal with, like how damaging it could be for Emmett to be torn over his mum once again. He is ecstatic to have her back, but can she be trusted?

As everyone adjusts to having Jenna back, Paul comes clean – it was him who brought Jenna to Erinsborough as his PI found her. Nic is furious at having been saddled with the blame, but there are bigger fish to fry when Jenna reveals she plans to take Emmett away with her, and Nic realises this could be the solution to all her problems.

Scenes air from Monday 17th May on Channel 5.