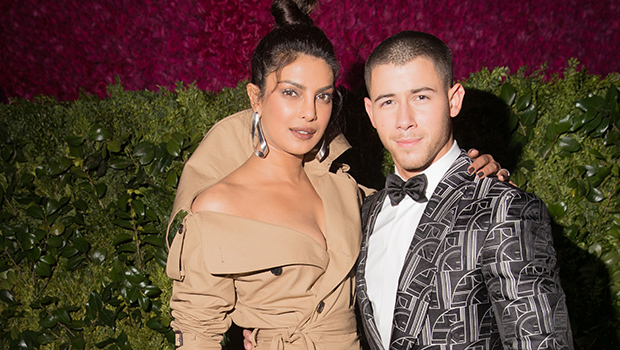 Nick Jonas and Priyanka Chopra’s wedding is still on the calendar, but their family plans are already a ‘priority,’ HL has EXCLUSIVELY learned! Here’s what they look forward to as newlyweds.

Nick Jonas, 26, and Priyanka Chopra, 36, will soon make their matrimonial march down the aisle! We’re hearing it’ll happen as soon as “this week,” which Nick is “thrilled” about, according to what a source close to the “Jealous” singer EXCLUSIVELY tells HollywoodLife. Although the nuptials have yet to go down, Nick and Priyanka are already daydreaming about life as newlyweds…and the important plans that come after saying “I do.” Our source explains that Nick “wants to dedicate his life to making her happy forever and providing her with everything she could ever want or need.” Those “needs” span many things!

“That includes supporting her career, loving her and even starting a family with her when the time is right,” our source continues. “Nick’s marriage to Priyanka has the full support of his family and friends and he really feels like the luckiest guy in the world…he can’t wait to make Priyanka his wifey.” As for when exactly Priyanka will want to get started on the aforementioned family plans, another source weighs in! “Priyanka usually has a jam packed work schedule, but she’s slowing down after the wedding a lot. She wants to enjoy newlywed life with Nick,” our second insider shares.

But the Quantico actress may not “slow down” her baby plans! “All her friends are expecting they won’t waste time when it comes to starting a family,” our source reveals. “That’s a priority for them.” Let’s not forget that Priyanka herself once said that she needs to “catch up” with her pregnant friends (i.e., Meghan Markle), in an interview with E! on Oct. 15. Until that time comes, Nick and Priyanka have hyped us up for the big day with their pre-wedding festivities! We most recently reported of the couple celebrating a puja ceremony on Nov. 28, a Hindu custom that’s “an act of showing reverence to a god, a spirit, or another aspect of the divine through invocations, prayers, songs, and rituals,” according to the Smithsonian Institute. Even Nick dressed in traditional garb, as he wore a pink kurta pyjama for the occasion. And his fiancée’s wardrobe has really stole the show ever since Nick proposed in July, as she’s worn a number of white fits before the wedding.

As for the specifics of the wedding, a third source has told us there’ll be two ceremonies. “Nick and Priyanka will be getting married at Umaid Bhawan Palace, not far away from the biggest city in India, New Delhi,” a source close to Nick shared on Nov. 22. “The palace will be shut down to the public for their private party which is expected to last several days. They will be having both families to India where they will have two services, both Christian and Hindu, to honor both of their heritages. The festivities will begin around November 28th with the big ceremonies happening on December 2nd and another on the 3rd.”