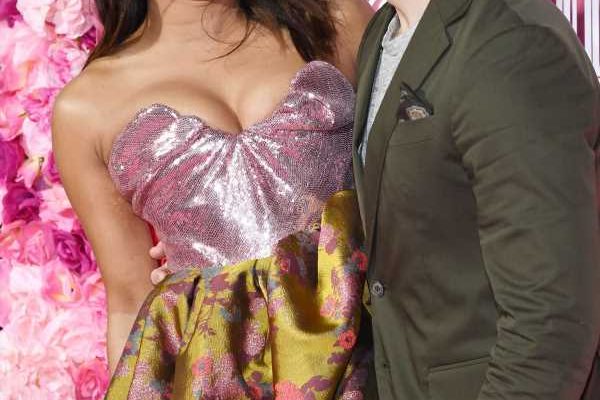 The Jonas Brothers are back and this resurgence means there’s a new group to watch — the J Sisters. No, this isn’t a musical group (unfortunately), but the wives and fiancées have formed a close bond. In an April 14 interview with Entertainment Tonight, Nick Jonas discussed Priyanka Chopra and Sophie Turner’s friendship and how much he appreciates it.

At this point, the Jonas Brothers are taking over the world again, which means that fans are very much aware that Chopra is Nick’s wife, and Turner is engaged to Joe Jonas. Aside from standard family events, the ladies have been spending extra time together at events for the group. This quality time also includes Kevin Jonas and his wife Danielle Jonas, of course.

Speaking of the band’s comeback, he continued, "These incredible women have handled it so well and have been the best support system for each of us, individually and as a group." He also said, "To get to share that with them is a really amazing thing."

Joe shared similar sentiments during a December 2018 interview with AOL. He said, "They’ve gotten really close, and it’s really cool to see their friendship grow." Joe even revealed that the two J Sisters had a relationship before meeting their guys:

Now Turner and Chopra are even closer. Joe explained, "They have this camaraderie now that they feel is not only friendship, but it’s family. That’s what every brother wants. You want to have that relationship where everyone looks out for one another."

They really do look out for one another. In an April 2019 interview with Harper’s Bazaar, Turner shared some advice she received from Chopra. The Game of Thrones star recalled, "I asked her, ‘Where do you get all this confidence from?’" She even revealed Chopra’s advice:

Aside from doling out advice, Chopra has made it a point to provide public support for Turner’s career. In an April 12 interview with Insider, Chopra discussed her plans to watch the final Game of Thrones season. She declared, "It’s family. It has to be done." She added, "I have to contribute." Chopra being one additional viewer may not make a major dent in the ratings, but her public declaration of support is especially sweet, since she’s not even caught up on the series. She confessed, "I’m very excited and no, I’m not caught up on it, but I’m super excited to watch."

That wasn’t the only time Chopra hyped up her future sister-in-law. On April 14, she posted a promotional photo of Turner from GOT and wrote, "Good luck @sophiet you are a boss babe. And are very loved.. #jsister #gameofthrones tonight."

No sibling-in-law rivalry here, huh? Chopra and Turner are each other’s biggest fans and supporters. And soon enough, they will officially be related.