THE new surge in Covid cases are setting the stage for "super variants" to emerge, an expert has warned today.

Professor Ravi Gupta told Good Morning Britain restrictions should be brought back in to stop the spread of the killer virus. 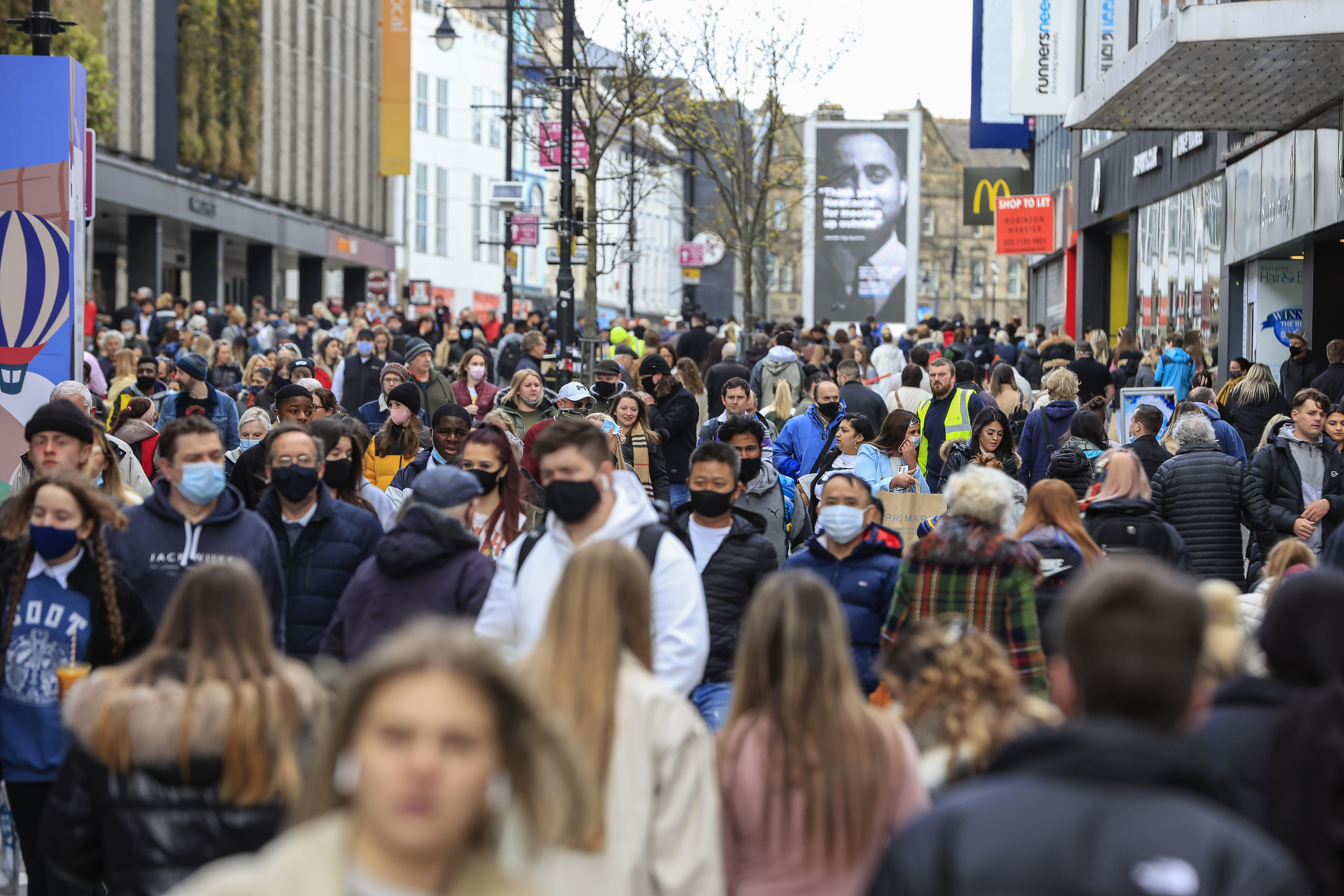 He said: "I think the worrying thing, or the looming spectre really, is that the virus is getting more opportunities to mutate, its infecting more people, there is a risk of new super variants arising.

"Those viruses may be the viruses we have to deal with later this year or next year. And the probability of this is increasing."

"Restrictions that are light touch would be a very sensible thing to engage in right now."

He revealed he doesn't think the booster programme was brought in early enough, and hasn't gone fast enough.

The expert added: "I don’t think the booster programme is going to make a huge difference from where we stand at the moment as we go further into winter.

"As a front line clinician who has been working throughout this pandemic it feels like we have been here before. The pressure is rising now. I would say we are doing too little now and whatever we do will be too late.

"The problem is we had that report and it’s like we haven’t learnt the lessons from it. We know that it is possible to keep infection rates low and keep freedoms in society."

It comes as a new subvariant of the Delta strain is on the rise in the UK – that could be up to 15 per cent more infectious.

The spike in cases of AY.4.2 has been picked up in Britain, with a slice of the country's growing infections due to the subvariant.

Experts have said "wait and see" and "don't panic", but as the booster jab rollout stutters, there are fears of a quicker spread as we come into winter.

On Tuesday, the Government said a further 223 people had died within 28 days of testing positive for Covid – bringing the UK total to 138,852.

An NHS chief has urged Brits to start wearing masks and work from home now to avoid "stumbling into a winter Covid crisis".

Matthew Taylor, chief executive of the NHS, urged the Government to bring back restrictions and order companies to make employees work from home.

Downing Street said it was keeping a “very close eye” on rising case rates, but added the Prime Minister has “absolutely no plan to introduce Plan B”, which could also involve introducing vaccine passports.

Mr Taylor said the health system is preparing for what could be “the most challenging winter on record” and urged the public to “show extra support for the NHS” by “behaving in ways that will keep themselves and others safe”.

He warned if the Government “fails to get a grip” on rising coronavirus cases, the nation’s recovery from the pandemic could be “put at risk”.

At the moment, the UK has one of the highest weekly rates of new cases in the entire world.

And only 67 per cent have had two vaccinations, as the Government urges people eligible to get their third booster shot.

Today Business Secretary Kwasi Kwarteng shut down calls for bringing in Plan B, saying to BBC Breakfast opening up had been "very hard won".

However, he added: "Now, that's something which could change but, at the moment, we think that the course that we're plotting is the right one."

On Tuesday, Professor Neil Ferguson a leading member of the Scientific Advisory Group for Emergencies (Sage), said he thinks “Plan-B” could be implemented in England this winter, but it is unlikely “we’ll ever get close” to the lockdown the country experienced in January. 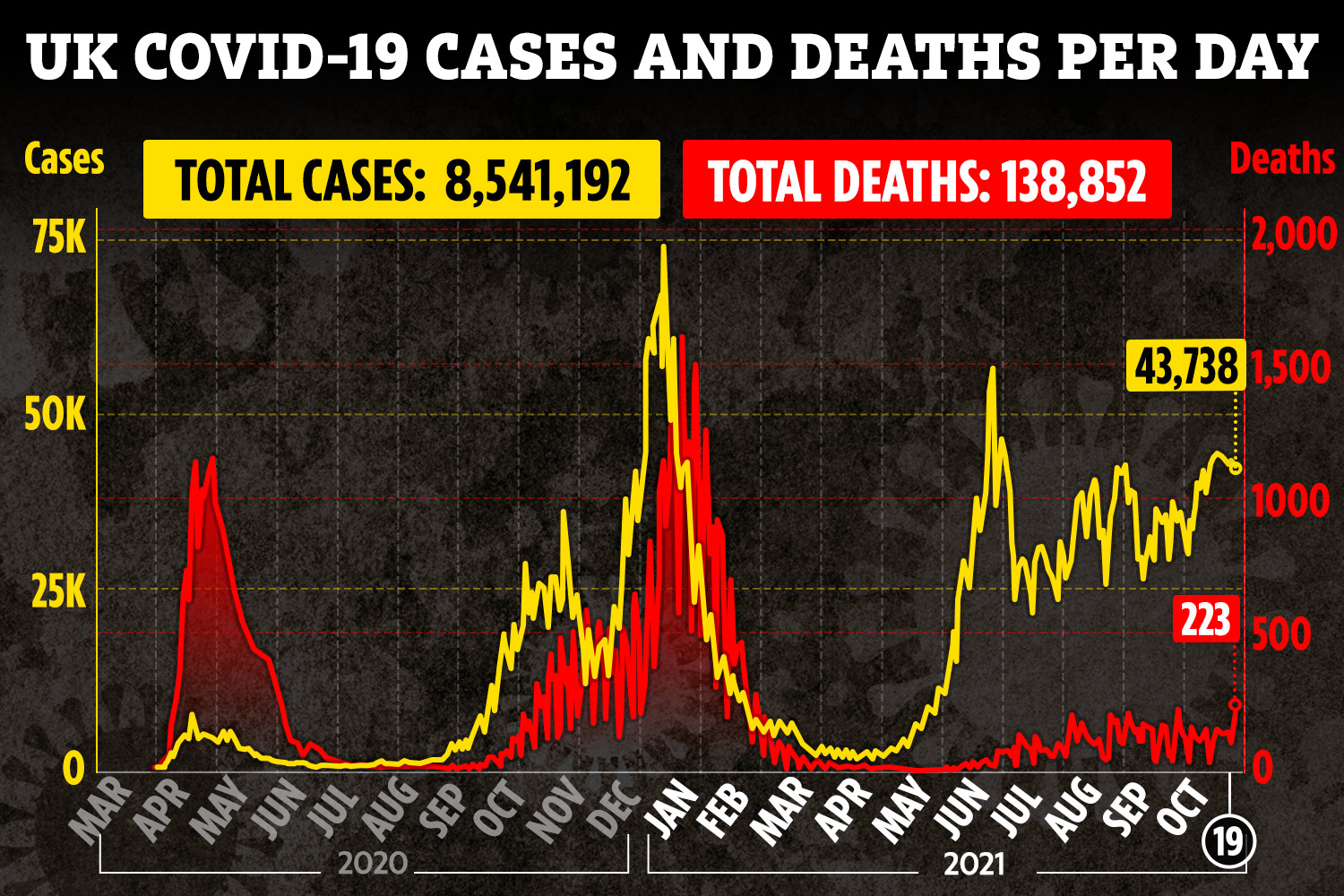