In something of a departure from its typically disruptive, convention-defying model, Netflix is trialling a linear channel option for subscribers in France.

Under the banner ‘Direct’, the service will offer viewers a more traditional viewing experience with a real-time flow of its content, including French, European and U.S. programming, via web browser.

It began rolling out yesterday (November 5) and will be available countrywide from the beginning of December. Here’s an idea of how the function will look: 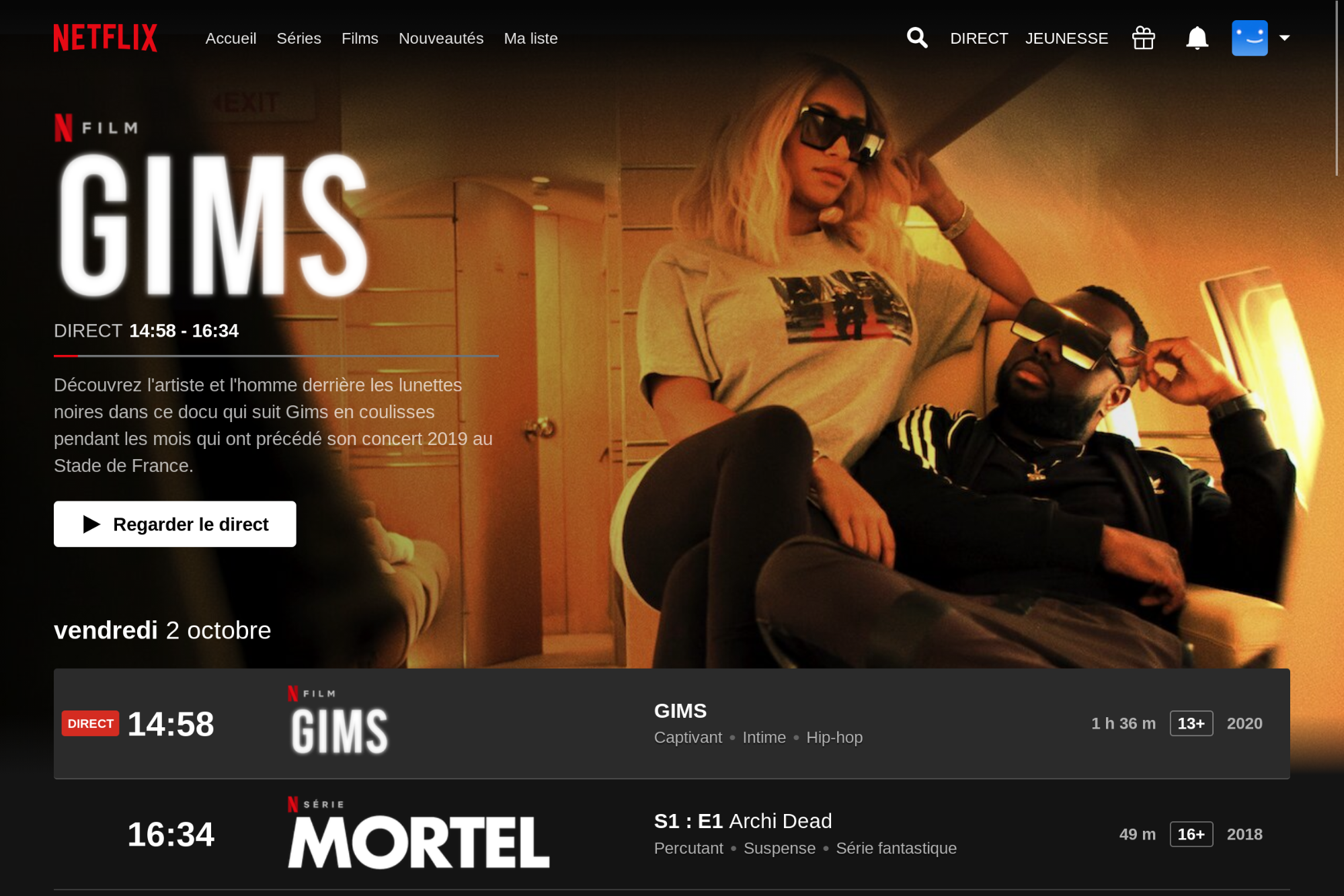 Netflix said it was trialling the linear option in France because “traditional TV consumption is very popular” in the country and that viewers there often prefer not having to choose what to watch. The streamer posted a blog post on its French site explaining the decision.

Direct will not be available through the Netflix app, at least initially, so TV functionality is restricted. Deadline has contacted the streamer to ask whether it is looking to release the option beyond France.