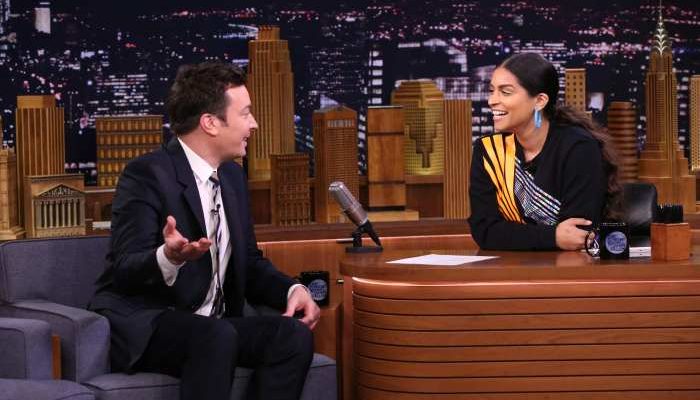 Lilly Singh, who first amassed fame as a YouTube star, has been tapped to replace Carson Daly as the host of NBC’s 1:35 a.m. talk show.

The retitled “A Little Late with Lilly Singh” will launch in September, and as noted by NBC, will make her the only female to currently host a late-night talk show on one of the Big 4 networks.

“A Little Late” will feature Singh conducting in-studio interviews, as well as feature pre-taped comedy sketches and other “signature elements.”

“Lilly is truly a star and we’re thrilled to welcome her to our NBC family,” said Doug Vaughan, executive vice president, special programs and late night, NBC Entertainment. “She is a multi-talented performer who will surely have a great rapport with not only all her guests but also with our devoted late-night audience. We can’t wait to get started.”

Singh was set to appear on Thursday night’s “The Tonight Show Starring Jimmy Fallon” in order to make the announcement.

“An Indian-Canadian woman with her own late night show? Now that is a dream come true,” Singh said. “I’m thrilled to bring it to life on NBC, and I hope my parents consider this to be as exciting as a grandchild.”

The Peacock network announced last month that “Last Call with Carson Daly” would end its run after 17 years and 2000 episodes. Before “Last Call,” the show was titled “Later,” hosted first by Bob Costas (starting in 1988), and later by Greg Kinnear, and then Cynthia Garrett.

As one of the most successful and lucrative YouTube stars ever (where she’s known as IISuperwomanII), Singh has amassed more than 14 million subscribers on her channel. She’s also a New York Times bestselling author (“How to Be a Bawse: A Guide to Conquering Life”), and as appeared as an actress in films such as “Bad Moms,” “Ice Age: Collision Course,” and HBO’s “Fahrenheit 451.” She also starred in the YouTube documentary “A Trip to Unicorn Island.”