At the end of the semester in the advanced invertebrate zoology course I took, my rather dry, boring professor made the only joke I remember him ever uttering. We had just finished the phylum Echinodermata, the starfish and their relatives, who may not look too advanced but are the most advanced large phylum of invertebrates. The last entry on his syllabus was:

Phylum Chordata – A small, unimportant group containing fish, amphibians, reptiles, birds and mammals that we will not be covering this semester.

I already knew there were millions of species of invertebrates and less than 60,000 species of chordates, so that there are some we would not study wasn’t surprising. But it did make me stop and think. The organisms most of us notice are actually the minorities numbers-wise. There are more arthropod species than any other phyla, probably millions of insects alone. The phylum Mollusca, the second largest phyla, is also a good-sized group. They include clams, snails, slugs, chitons, and the smartest invertebrates of all, the squid, octopus and cuttlefish, the only invertebrates aquarium employees routinely name due to their distinctive personalities, and their escape artist abilities (especially octopi).

There is one group of ocean dwelling mollusks I’ve always been enamored with, the nudibranchs. Nudibranchs are really slugs. Slugs that are much-loved by scuba divers and snorkelers because of their beautiful coloration. They are not only extremely colorful, they are also extremely weird. Their embryological development, especially during the larval stage, is weird, their diet is weird, and the way they reproduce is not only weird but can be extremely violent. 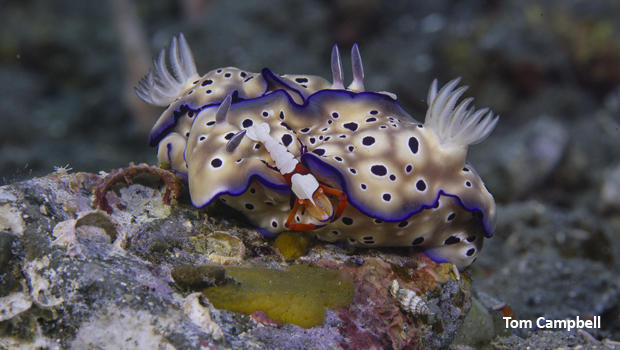 A pair of Hypselodoris tryoni mating, with a cleaner shrimp, Periclimenes imperator.

Nudibranchs are basically snails that lose their shell as they develop and become very brightly-colored. During their larva stage they, like their snail cousins, undergo torsion, a counter-clockwise permanent 180-degree twisting of their body, resulting in their waste products being excreted above their heads. The evolutionary advantage of this is not completely understood, but it may be advantageous because the mantle (which produces the shell) twists during torsion and ends out above the head. This allows the animal to better protect itself from attack by pulling its head up into its shell. That is not the case with nudibranchs, however, since they lose their shell early in their development.  Although we can’t be sure why torsion occurs, it is hard to argue it doesn’t have some evolutionary advantage, as the gastropods, including the snails and slugs, are a large, successful group of animals. 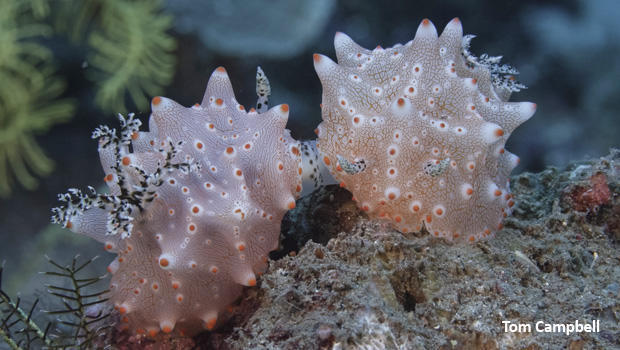 A pair of Halgerda carlsoni mating.

Sea slugs are hermaphroditic – that is, they have both male and female reproductive organs that are fully functional. The advantage: No matter who they run into, if it is the right species, it is the “right” sex, and mating can proceed. The method by which they mate varies. The more boring ones simply exchange sperm and go their separate ways. Later, each will fertilize their own eggs with their newly-acquired sperm, and release them to develop on their own. But some nudibranchs are more sexually aggressive. Some literally stab their partner with their penis, so violently that the penis’ end sometimes breaks off inside the other animal. Not to worry though, they can grow another!

This may sound aggressive, and it is, but it gets the job done. The “partner” gets the sperm and uses it to fertilize its eggs. Some nudibranchs go even further in their sexual aggression and stab their partner with a needle-like structure injecting a chemical used either to make its mate more receptive to mating (a date rape drug), or less likely to mate with another individual. It may sound trite, but all’s fair in love and war. 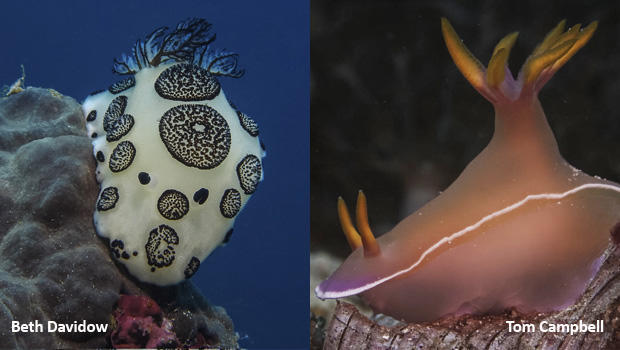 One of the most fascinating tricks nudibranchs have up their slimy little sleeves (or more accurately up their digestive tracts) is they can eat a variety of chemicals and cells they do not digest and actually use for their own defense. Some sea slugs eat sponges, very primitive animals that cannot move. To protect themselves, sponges produce a variety of toxins which sea slugs are immune to, and can incorporate into their own bodies for protection from their predators.

Other nudibranchs eat cnidarians – animals such as jellyfish, sea anemones and Portuguese-Man-of-War. All of these have stinging cells, cnidocytes, to protect themselves. Nudibranchs can not only eat cnidocytes without being stung, but they can also transport them from their digestive system to the gill-like structures on their back, the cerata. The process is called kleptocnidae because they steal cnidocytes from their prey. Although it has been known for around 100 years that some nudibranchs can do this, no one knew how, until recently. 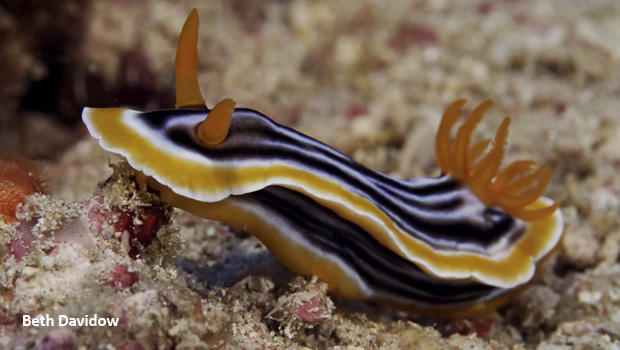 Cnidarians have two types of cnidocytes: mature ones, ready to sting; and immature ones that contain a stinger but can’t be triggered to release it until the pH is low enough. Nudibranch mouths are lined with chitin, the same material that makes a cockroach’s exoskeleton tough. Chitin protects the slugs from mature cnidocytes when they release their stinger, as they eat. The immature cnidocytes pass through the mouth and into the digestive system which has tubes connecting to the cerata. Once the immature cnidocytes pass into the cerata they are stored in sacs, cnidosacs, at the cerata tips, where they soon become active and capable of stinging the nudibranch’s potential predators.

Nudibranchs are common in all but the coldest areas throughout the world’s oceans. Almost any coastal area you go to has nudibranchs. Go visit and stick your face in that water. There are some fascinating organisms down there! 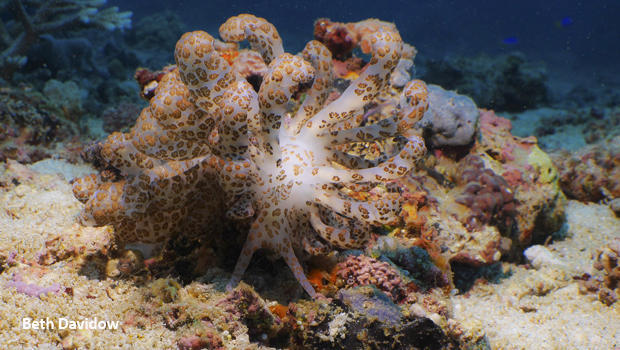