A MUM whose daughter has a disease known as childhood Alzheimer's says her little girl will soon forget how to walk and talk – and will die when she's just a teen.

Cara and Glenn O’Neill’s daughter Eliza, 11, has been battling Sanfilippo’s Syndrome for eight years and needs assistance with pretty much most of life’s daily tasks. 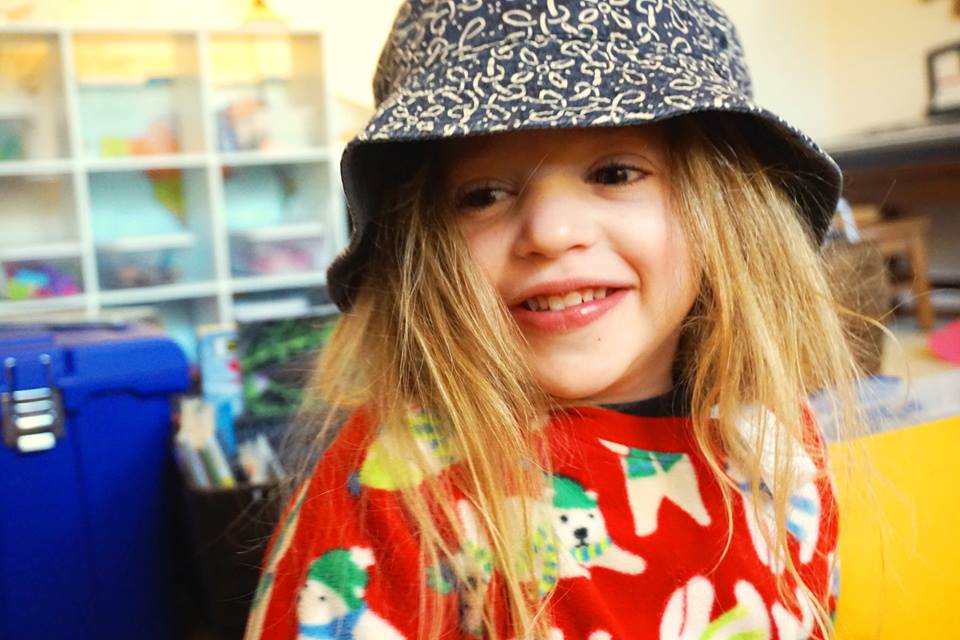 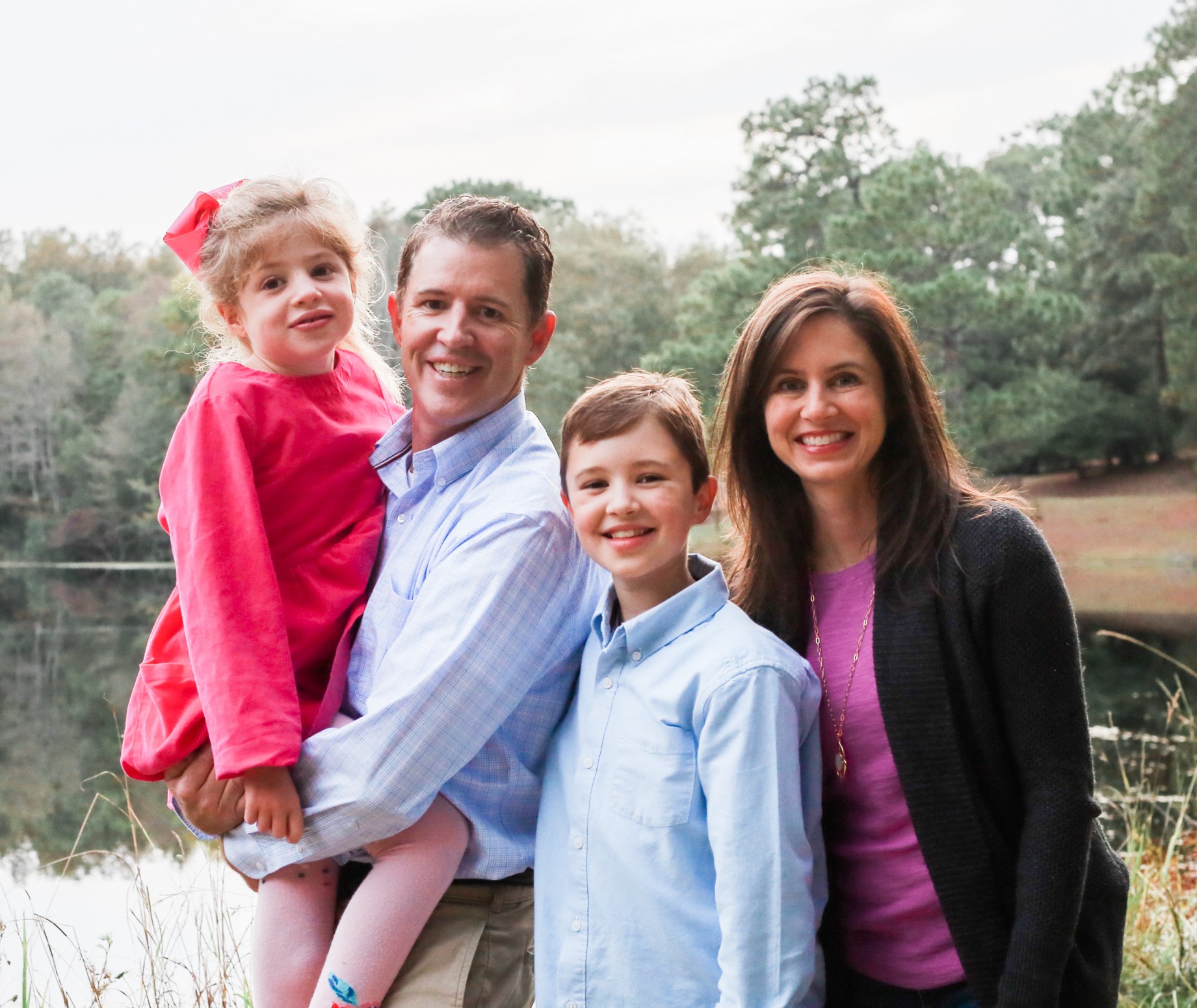 “We get her dressed, change her – she needs somebody with her all the time," Cara, 46, who also launched her own foundation based in South Carolina, US, old The Sun Online.

"She can walk and run around still, which is wonderful, but she needs constant attention and assistance."

Eliza suffers from an aggressive form of childhood dementia known Sanfilippo Type A, which has no cure while treatment is expensive and not always effective.

“I feel like we’ve had three lifetimes in the last seven-and-a-half years.

"Basically so much of our life has become about trying to make a difference to this disease. I left my job, Glenn left his position.”

Childhood dementia starts at birth and follows a sufferer through their development, unlike Alzheimers which typically occurs later in life.

The progression of the illness robs children of their speech and ability to walk – before most sufferers tragically die as teenagers.

The disease is “not so much like forgetting where your keys are”, Cara points out, but rather it’s a genetic malfunction that “occurs during the developmental process – you know, the way your brain is wired. There are impairments all along the way”.

Glenn and Cara created the Cure Sanfilippo Foundation and are seeking a cure for this horrible disease which leaves its victims bedridden and in a constant state of delirium in their final years.

Cara said she remembers noticing something wrong with Eliza when she was 15 months old.

She told The Sun Online: "She was delayed in her speaking ability, particularly in comparison to her brother who was just talking constantly at that age.

"But we were reassured that oh, she has a lot of ear infections, that her brother spoke for her all the time; that every child’s different."

Eliza received speech therapy but still lagged behind her peers at nursery.

You get a feeling, a ‘oh no, this is bad. This is just really, really bad’

"Things began to shift when she moved up to the three-year-old room at the child development centre and it became a little more obvious that she was having problems with toilet training, her ability to interact with peers was different, her activity level, her attention level, things like that.

"She was separating more from the norm and at that point she was diagnosed with autism… Our experience is a very typical story in what happens in the diagnosis journey."

Cara, a former medical professional, recalls being in a room at the specialist's when she was told about Eliza's condition.

"I was just by myself and Eliza and she’s rummaging around the room and the genetic counsellor comes in, and…you know the second they walk into the room, right, you get a feeling, a ‘oh no, this is bad. This is just really, really bad’ and I know the group of disorders because of my paediatric board of exams."

She remembers calling Glenn and telling him to rush over.

"We need to hear this together and I called him and he drove over from the house.

"Twenty minutes later he arrives and of course, those are a torturous 20 minutes of waiting but at that moment I knew we had to be hearing everything together from that point on.”

Like other parents desperate to save their kids, Cara and Glenn enrolled Eliza into experimental gene therapy trials when she was a toddler.

The family were forced to self-isolate for two years to ensure she didn't catch a harmless virus known AAV9, which would become the vector for gene therapy.

If she caught it, her body would build up an immunity and make the treatment redundant because it wouldn't be able to enter her system. 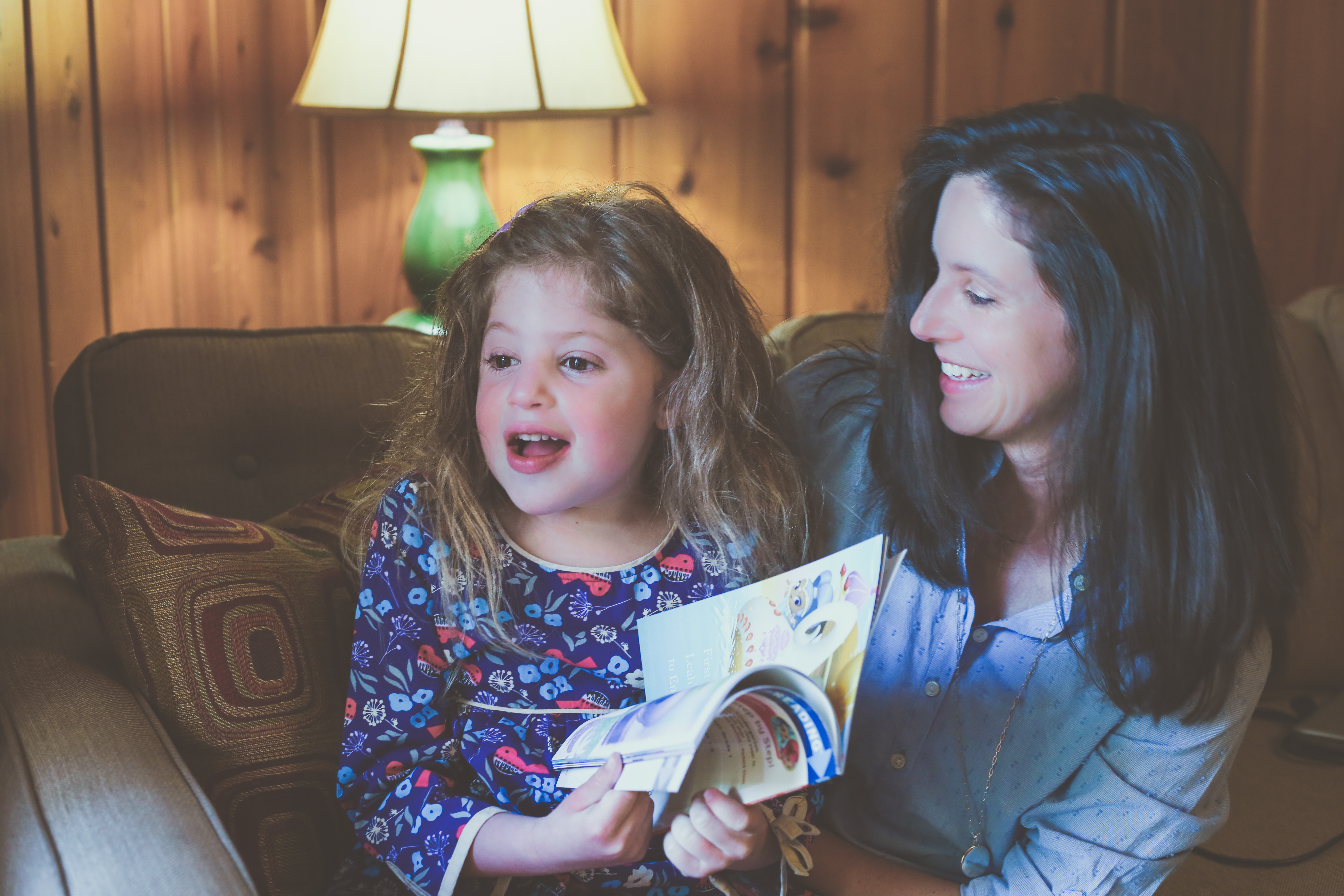 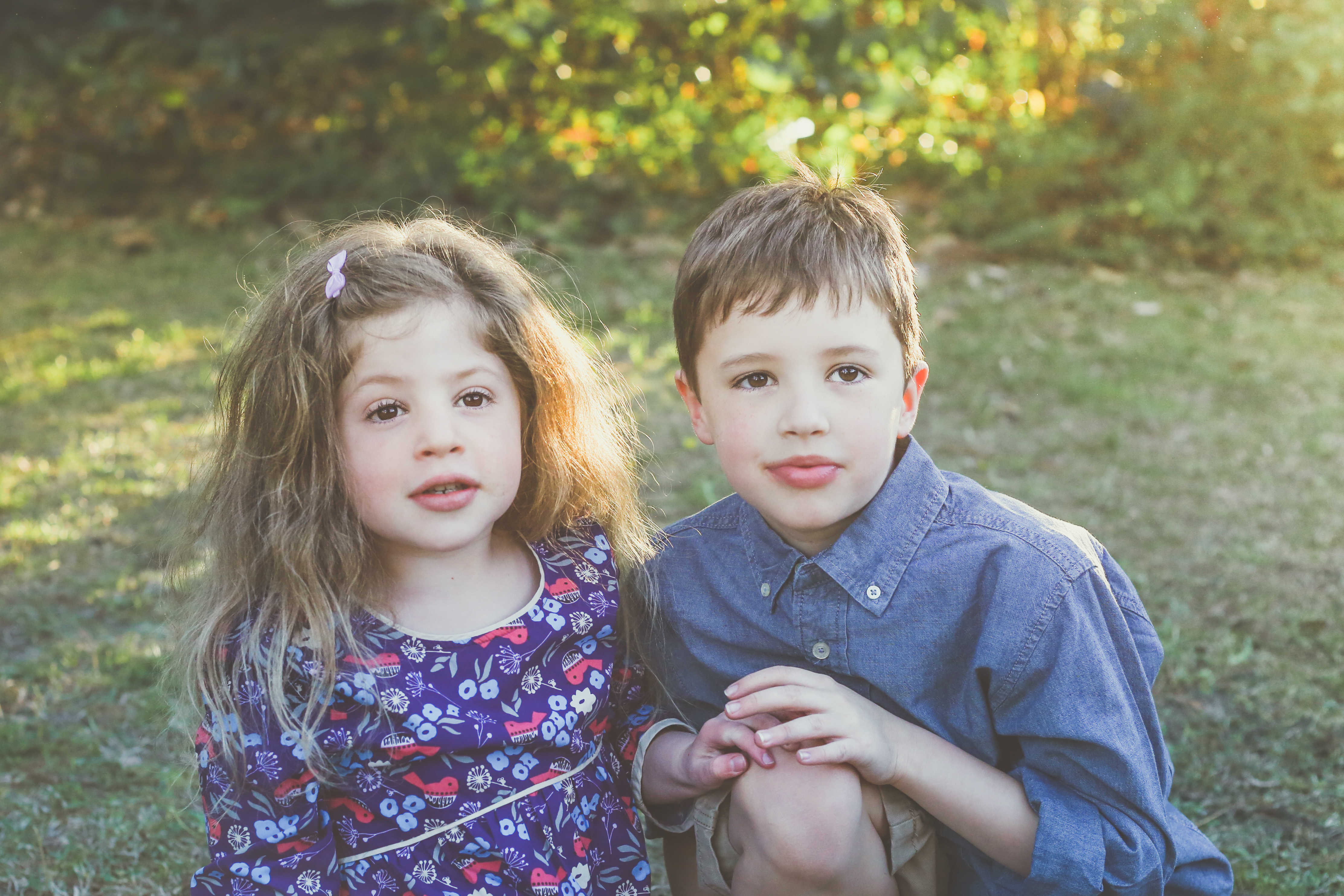 Childhood dementia is caused by a string of faulty genes that are passed on by parents and are often irreparable.

These genes fail to metabolise complex sugar molecules or age-pigments known as Lipofuscin and Heparan Sulphate – among a few – that cause irreversible damage to the central nervous system and brain.

Symptoms can include speech impediments, loss of vision, and general cognitive decline and in most cases, death.

Only five per cent of conditions can be treated meanwhile therapies can be rangs in the hundreds of thousands of pounds.

There are 147 different types of childhood dementia. The majority are genetically related and are often caused by one faulty gene.

Childhood dementia starts in childbirth and follows a patient through their development, unlike Alzheimers which typically occurs later in life.

Only five per cent of childhood dementia illnesses have a treatment, and they’re usually out of reach of families because of their hefty price tag.

Dr Ineka Whiteman, lead health expert with Batten Disease Support and Research Association in Australia – which helps families of Batten Disease sufferers, another form of childhood dementia – says one form gene therapycosts around £422,000 ($800,000) per child, per year while others just aren’t ready for mass roll-out.

"So far, there is no cure and treatments are limited to only addressing the symptoms of each of the individual diseases," she tells The Sun Online.

"There’s nothing really out there that’s considered efficacious treatment for any of the disorders but for a handful and one of those is for Batten disease."

SEARCH FOR A CURE

She reminds us that childhood dementia is comprised of "generally between 70 to 147 different types" which makes treatment complex, and that the best chances of halting this debilitating disease is through early detection.

But in illnesses like Batten disease and Sanfilippo syndrome, she says, parents can expect to see a “normal trajectory” in their child’s brain development until the age of five or six.

That's when they'll start noticing something wrong in their kid, with behavioural and cognitive changes being the first signs followed by loss of vision.

Parents will then typically engage with optometrists but by then there’s already been a “general decline” and irreversible damage done to a child’s brain.

Fighting for a cure

Families opened up to The Sun Online about their experiences of childhood dementia.

Katia Moletta, 44, from Italy, remembers the day her happy-go-lucky son Francesco was diagnosed with Sanfilippo syndrome.

She said doctors sent her on a merry-go-round of tests and hospital visits over an 18-month period before his diagnosis in February 2015.

"I remember the doctor telling me: ‘It’s a tough disease, there is no cure. When you’re child will be 10, he will start not walking, not eating by himself, he’ll have epileptic crises and there’s no cure'," she told us.

"I remember I had Franceso in the stroller so I was going up-and-down, up-and-down the corridor of the hospital, crying and thinking and looking."

Olga Magoev's son Misha, is the only child with the disease in their remote republic of Karelia in Russia and travelled 900kms to Moscow to receive a diagnosis.

Olga and her husband Andrey both work to pay for Misha's EUR 450 montly medical fees and, because of their remoteness, rely on WhatsApp chats for most of their information.

Tatyiana, Olga’s sister, told us: “On the one hand, when Olga looks at the future, she understands that she gave her child everything that she could because at the moment he got his diagnosis, she gave him the best treatment that existed for that moment and that makes her feel better.

“She understands that he’ll never be healthy and, well, it’s easier to understand that you did everything you could to help.”

And then there's Angela, who decided to be the foster parent to Dee, a 15-year-old Aboriginal girl who has Batten Disease.

Angela says Dee suffers from intense seizures and impaired vision that's like "having layers of clingfilm" over your eyes.

For a period of time, Dee was so bad she couldn't even look at light with "going to ground" with epileptic fis.

Angela said watching Dee deteriorate is like seeing "this pixelated being that’s just slowly taking off into space with parts of her disintegrating before me".

Whiteman, a former Pfizer rep and the Mito Foundation in Australia consultant, says it only takes one gene to go wrong for a child to develop a disease linked to childhood dementia and that finding a treatment can be financially taxing and often ends in failure.

“For every 1000 molecules that go through a laboratory – the discovery phase and research phase – only one molecule of those will ever be fully developed all the way into clinical trials and into humans and made it to market as a prescribed drug," she explains.

"But, when you think about rare disease, you’re only going to be potentially prescribing it to 100 people over the world, if it’s an ultra-rare disease then pharmaceuticals are never going to make that money back."

Thousands of children worldwide will die before they reach their 20s due to childhood dementia.

The debilitating disease and affects around one in 60,000 kids around the world. 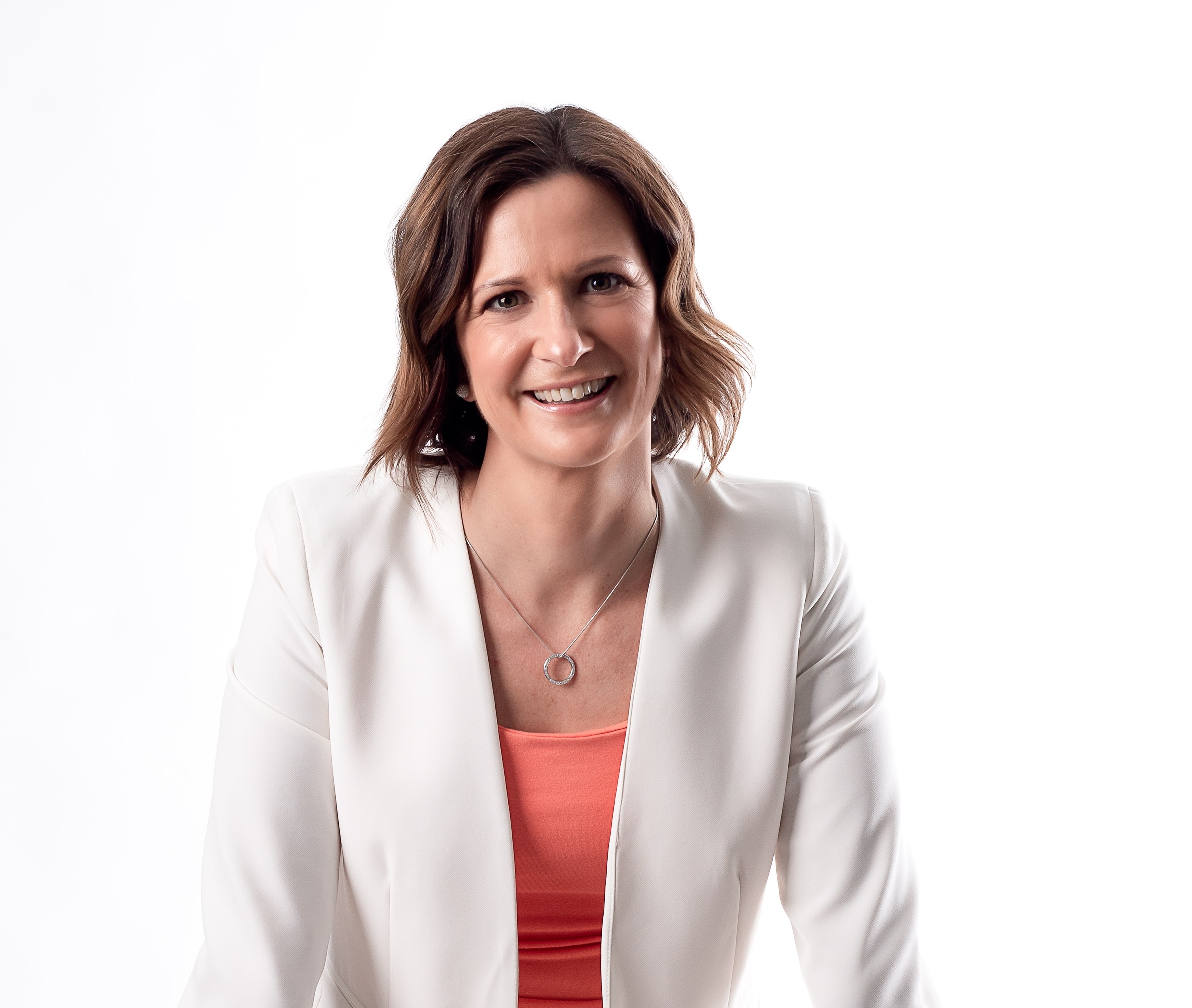