The 29-year-old accountant got into financial trouble after “not being great with money” throughout her twenties. 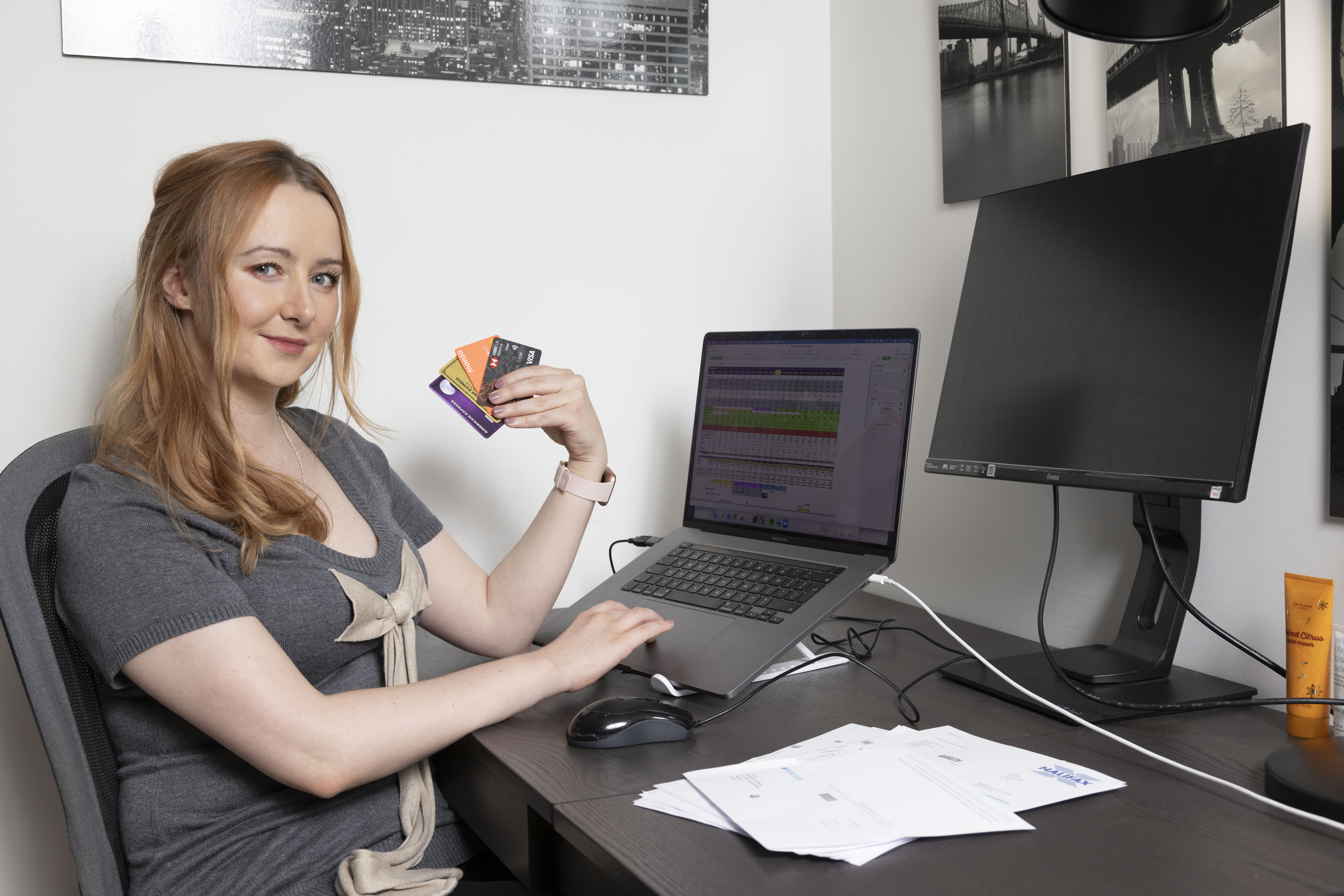 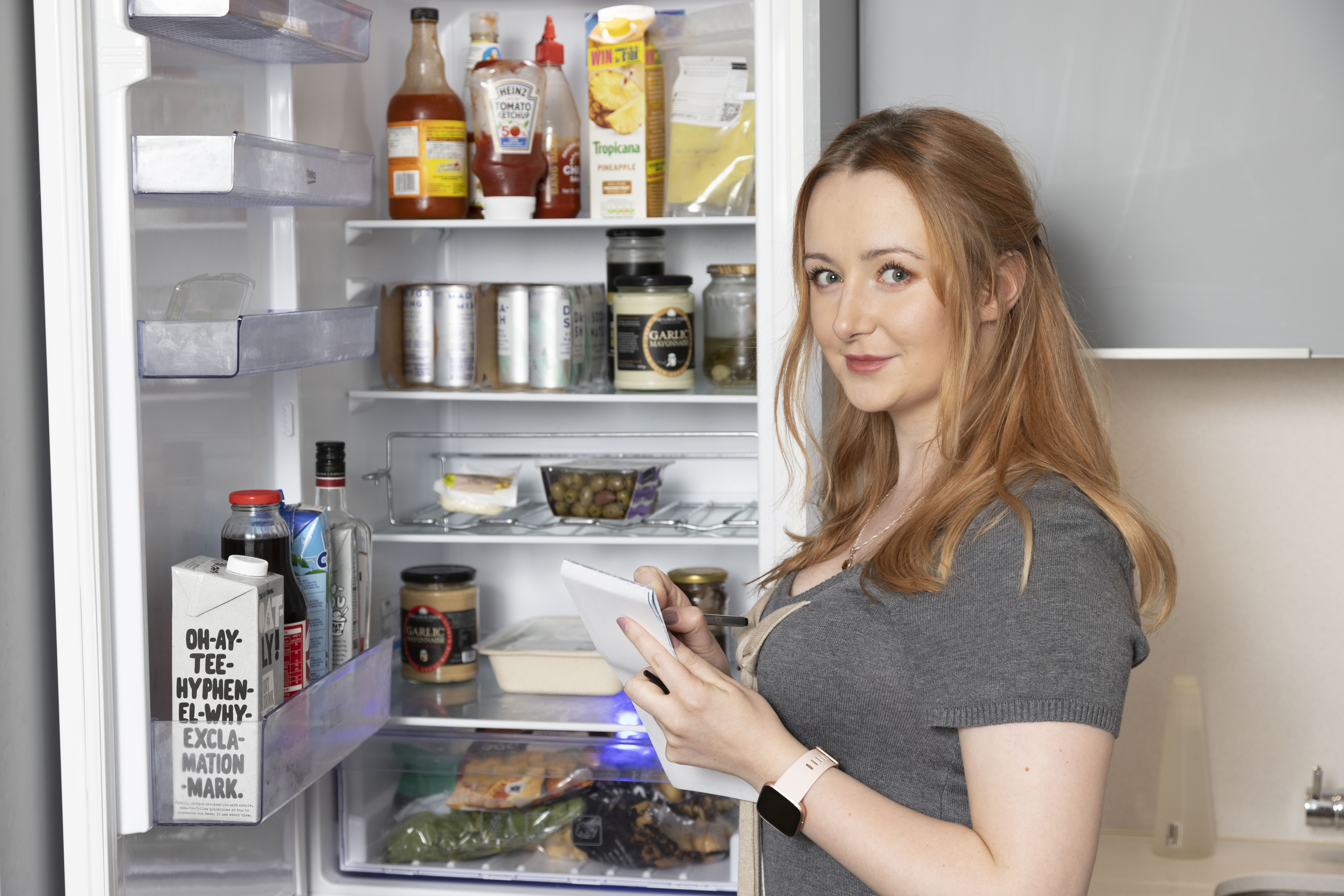 She spent £7,000 to get a nose job in 2013, after bullies at school left her feeling insecure about the way she looked.

Anna said she originally just wanted to take out £4,000 to fund the surgery, but she took out more because she thought she would benefit from a lower interest rate on the bigger loan in the long run.

She kept taking more and more money out over the next eight years, and didn’t keep track of how much in total she owed.

She only paid off the minimum payments every time.

In 2019, when she was trying to buy a house, she realised how her borrowing had snowballed – and that it could stop her from getting a mortgage.

“It dawned on me when I was trying to buy a flat how problematic it was – mortgage lenders don’t like you to have a lot of debt,” she said.

"I was really grateful to my parents for giving me the opportunity to buy my flat – I definitely wouldn't have been able to afford it otherwise if it wasn't for them.

"It made me realise that I had to be way more sensible with my money."

This huge amount of money hung over Anna’s head “like a big cloud”, she said.

She decided to completely overhaul her lifestyle to pay back the money as quickly as she could.

She boosted her £50,000 salary as an accountant by taking on two extra jobs in hospitality to help clear her debts more quickly, and ditched social outings to stay in and save money.

It took her another seven months to pay off the £10,000 she owed to her parents.

The Sun sat down with Anna to see exactly how she turned her spending habits round.

Anna took up two extra jobs to get up to £300 extra per month that would go straight towards paying back her loans.

She took up bar and restaurant work with two different companies, and would sometimes be working four shifts a week on top of her 9-5 day job as an accountant.

“It was really hard working really long hours, but meant I could pay my debts off quicker,” she said.

She also managed to put aside an average of £700 from her normal day jobto go towards paying her debts – which raised £10,800 in total over the 18 month period.

By ditching pricey grub and planning her meals for the week, Anna managed to slash her monthly food bill in half from £200 to £100.

“I kept a food inventory of exactly what I had in my fridge, planned my meals and bought cheaper food,” she said.

“While I would do most of my food shopping at Sainsbury’s, I bought cheaper items and checked what the cost for the item was per 100g.

“I would buy things on offer, and went to Lidl and Aldi when I could too to drive down costs further.”

Checking out the yellow sticker aisles meant she could bag expensive fresh fruit for less too.

Your unwanted clothes or household bits could be a valuable or sought after item for someone else.

Anna sold her old stuff she either didn’t use or want any more on eBay, Facebook Marketplace and Gumtree to raise an extra £2,500 to pay off her loans.

“A lot of stuff I sold was smaller – I had lot of expensive clothes and shoes, and bags, like gymshark leggings that I would sell for up to £30.”

Anna signed up to a pet sitting service and would look after other people’s pets while they went on holiday.

“It wasn’t a guaranteed income, but I love animals and it was a great way to spend my spare time and earn a bit more money too,” she said.

Takeaways are tempting to get, especially on a Friday or Saturday night – but it could soon turn into an expensive habit.

Anna was spending around £80 a month on deliveries, but cut back to ordering one or two each month as a special treat, saving her up to £60.

In total, she saved £880 from ditching pricey dinners.

“I was spending so much on meals out and ordering in takeaways, but I drastically cut back on this,” she said.

How to cut the cost of your debt

IF you’re in large amounts of debt it can be really worrying. Here are some tips from Citizens Advice on how you can take action.

Work out your budget – by writing down your income and taking away your essential bills such as food and transport
If you have money left over, plan in advance what else you’ll spend or save. If you don’t, look at ways to cut your costs

Your rent, mortgage, council tax and energy bills should be paid first because the consequences can be more serious if you don't pay

Get advice – If you’re struggling to pay your debts month after month it’s important you get advice as soon as possible, before they build up even further

You can earn a little extra per month by signing up to schemes that pay you to become a mystery shopper, or to review services.

Anna signed up to User Testing, and reviewed and tested new websites that different companies had set up looking for feedback on.

“It was really easy to do – I would do a test in my spare time, or while I was watching Netflix,” she said.

From April to December last year, when the Covid crisis hit, millions of Brits – including Anna – were told to work from home.

Credit card companies often flog schemes and offers to help you save money in order to tempt new customers in.

Anna signed up for an American Express credit card once her credit rating improved in the first half of 2020.

The company was offering a deal where if you spent £3,000 in the first three months, you would get £150 worth of Nectar points.

Usually, customers collect one loyalty point for every £1 at Sainsbury's, which is worth 0.5p when you redeem it in store.

She used her card to pay for nearly all of her bills – including her weekly shop – to hit the minimum spend needed to get the points bonus.

She kept using her American Express card to get her points, and in total, bagged £150 worth of free groceries by cashing her points in.

Make sure you pay off your repayments on time – otherwise you could rack up interest fees that cancel out the benefits you get from using your card.

Switching to a 0% balance transfer card allows you to move over debts you already owe onto a new card – and you won’t pay interest on this amount for a set period of time.

This helped her to pay off her debt quicker without having to pay sky-high interest rates.

By paying her loans off early, she got a refund on the interest back, bagging her £450.

However, after your interest-free period is up, lenders will typically charge you between 15% and 20% interest – so you’ll need to make sure you pay your debt off in time otherwise you'll be whacked with high rates.

Anna would splash her cash on nights out and drinks with her pals – but that all changed when she began to tackle her debt.

It meant that she lost "a few friends along the way", she said, as she said no to nearly all social outings.

By the time she had paid off her £22,000 debt to the banks, Anna had set up a YouTube channel dishing out her money saving tips and explaining to viewers how she managed to get out of debt.

She managed to rake in £4,200 after tax from her videos – which all went towards paying her parents back. 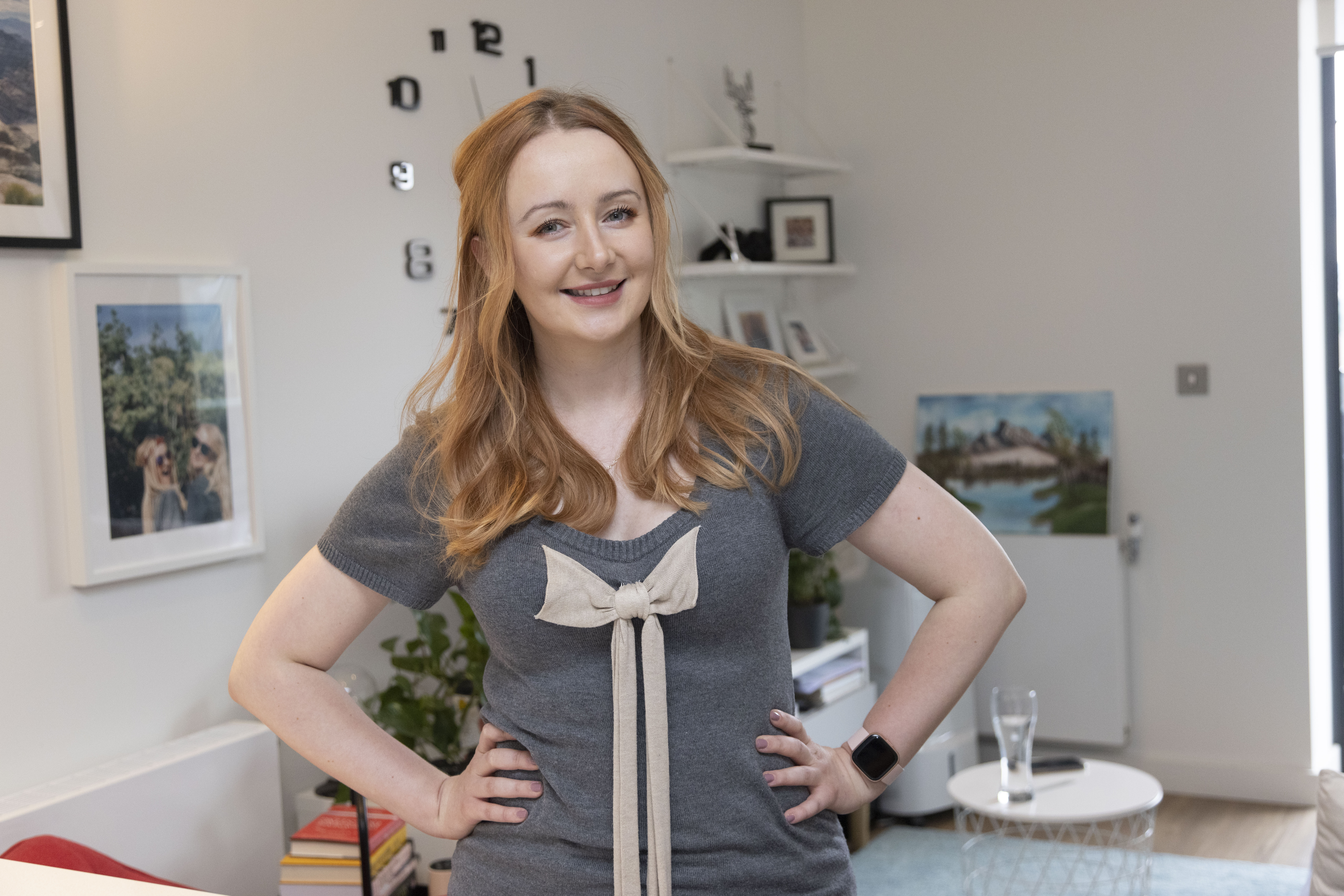 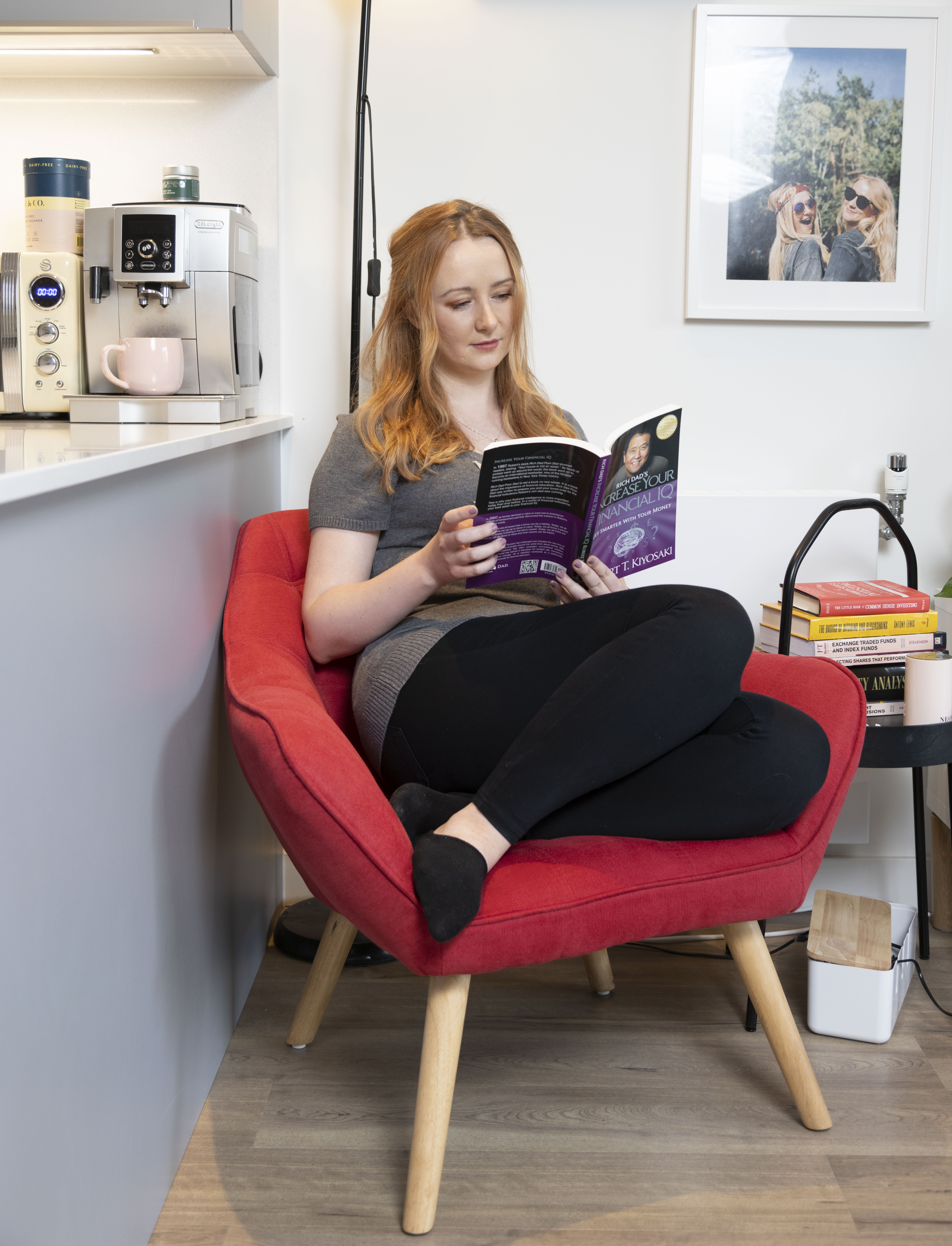 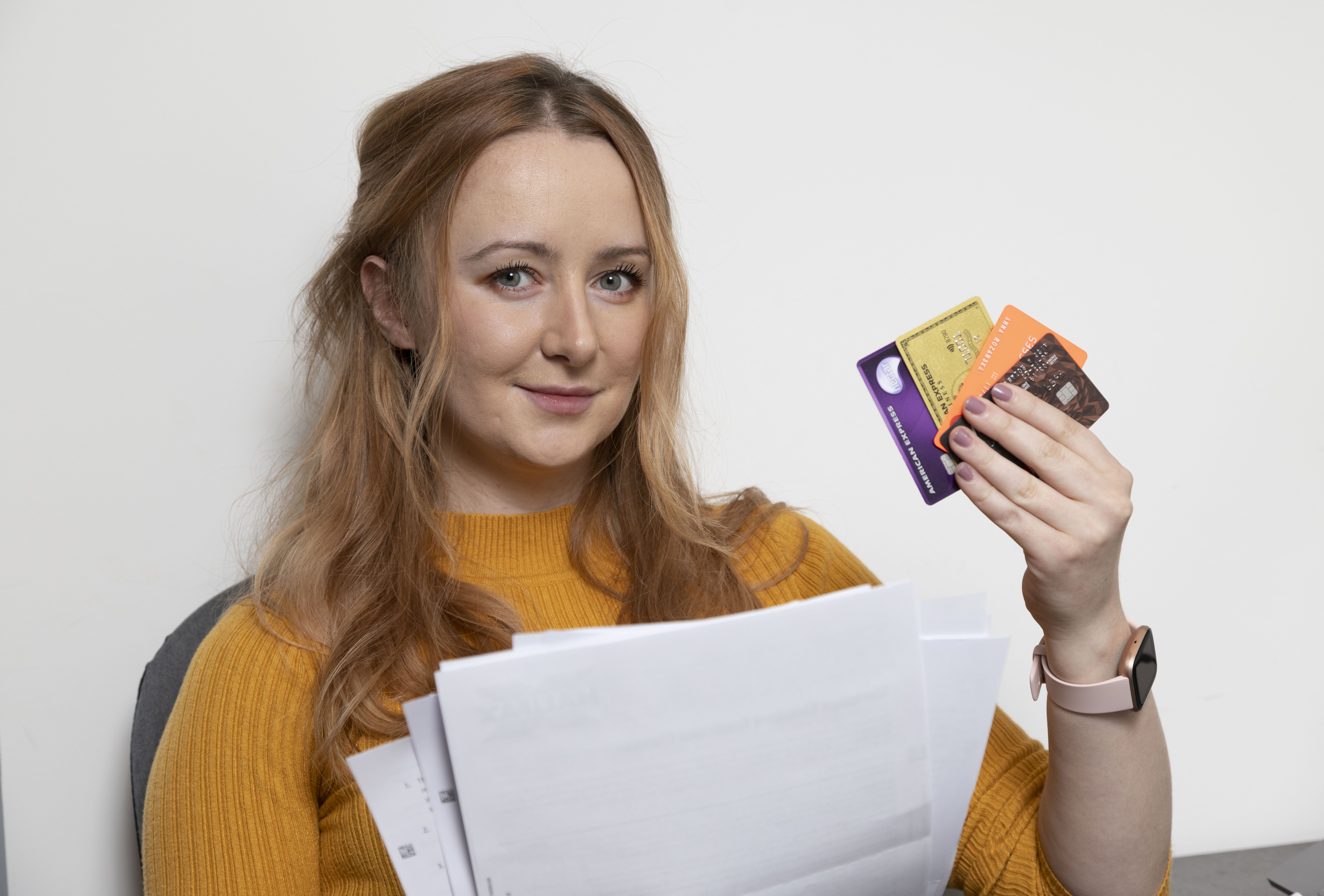 Here's 20 money saving hacks that could make you hundreds of pounds richer.