Muriel Manings, who performed with the left-leaning New Dance Group during the politically anxious middle decades of the last century and later championed dance through teaching and advocacy work, died on Oct. 25 at her home in Manhattan. She was 95.

Ms. Manings came of age during an energized, impassioned time for American culture, when various dance, theater and other artistic groups infused their work with social and political meanings. The New Dance Group, a collective formed in 1932, was among the most prominent of these.

Its mission included bringing dance to working-class New Yorkers of all backgrounds, in part by offering inexpensive classes. Some members were in the Communist Party, and the dance works the group created (some to the music of Woody Guthrie) often addressed issues like homelessness and economic inequality.

Ms. Manings came to the New Dance Group in the early 1940s to take dance lessons after her classes at Brooklyn College. She soon became a regular. She also taught classes for the group and, later in life, would help resurrect the dances from its heyday. In 1993 she organized a gala at LaGuardia High School of Music and Art and Performing Arts in Manhattan, where signature works from the 1930s through the ′70s were revived.

“They were mostly dances of political and social protest, sometimes satirical,” she explained then in an interview with The New York Times. She described what a three-hour class was like back in the early days: “One hour was for technique, one for creative work and one for political orientation: Marxist theory, how to go into communities and teach the workers to dance.” 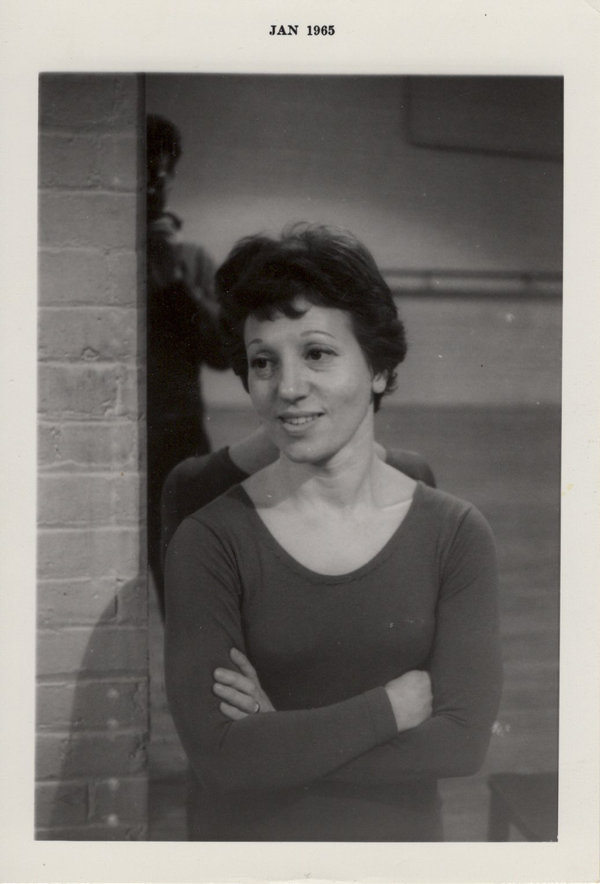 And that instruction was cheap — 10 cents a class at first.

“The idea,” she said, “was that dance should be available to everyone.”

The 1993 gala, an article in Dance Time in 2016 said, was the group’s last major event before it dissipated.

Muriel Manings was born on April 5, 1923, in Newark. Her parents, Irving and Dora (Silver) Manings, who had immigrated from Russia, operated a candy store on Staten Island, where Muriel grew up.

“They were rabid lefties,” Ms. Manings said in an oral history recorded in 2007 by Victoria Phillips, a cultural Cold War historian at Columbia University.

Ms. Manings took dance lessons as a child but then stopped. A substitute gym teacher in high school who had a dance background revived her interest by suggesting she go see a Martha Graham performance.

“I went all by myself to the ferry to New York, and I was bewildered, but it was an epiphany,” she said in the oral history. Returning home, she did not immediately get off the ferry but instead kept riding it. “I went back and forth, and I was weeping,” she said, “and I just felt that whatever that was — which I didn’t understand at all — that’s what I wanted to do.”

She graduated from Brooklyn College in 1945 with a psychology degree but spent much of her time performing with the dance group. Sophie Maslow was among the choreographers she worked with.

“Tiny in stature, powerful in presence, Muriel Manings was unforgettable as the orphan without shoes in Sophie Maslow’s epic dance, ‘The Village I Knew,’ ” Ellen Graff, author of “Stepping Left: Dance and Politics in New York City, 1928-1942,” said by email.

Maslow, a founding member of New Dance Group, also choreographed “Sandhog,” a musical in which Ms. Manings appeared on Broadway in 1954.

Ms. Van Wagner described her mother-in-law’s politics as “more pink than red,” but Ms. Manings was nonetheless among the scores of arts figures listed in “Red Channels: The Report of Communist Influence in Radio and Television,” a right-wing tract published early in the Red Scare era to stir up fears about the Communist Party.

A memorial to those who lost their lives in 2018

“Active in Theatre Arts Committee of CP-controlled American Labor Party in Brooklyn,” her entry read, adding that she “has taken part in special children’s dance program at Community Church of NY with WM KORFF (see above) and notorious CP fronters.”

William Korff was her husband, an actor and drama teacher, whom she married in 1950. He died in 2001. Ms. Manings is survived by her son, Steven, and two grandchildren.

“My parents and their artist friends were caught up in the swirl of politics and art that characterized New York intellectual circles from the ’30s on,” Steven Korff said by email. “I grew up with talk of blacklists, modern choreographers, the theater world, and with the New Dance Group slogan, ‘Dance Is a Weapon.’ ”

Ms. Manings, who also ran her own dance school for a time, continued to work with the New Dance Group. In 1970 she took a teaching job at Queensborough Community College, where she remained for 20 years.

From 1993 to 1997, Ms. Manings was president of the American Dance Guild, which promotes dance and dance education.

Dr. Phillips said that when she recorded Ms. Manings’s oral history, one thing they talked about was her visits to Cuba in 1971 and 1984, when few Americans were being allowed into that country. Ms. Manings studied Cuba’s dance programs and taught and choreographed there, writing an article about the first trip for Dance Magazine.

“We discussed the irony of U.S. dancers accused of being Communists and followed by the F.B.I., then going to Cuba to teach the revolutionaries how to dance in the ‘free’ style,” Dr. Phillips said. “Her laugh is still with me.”