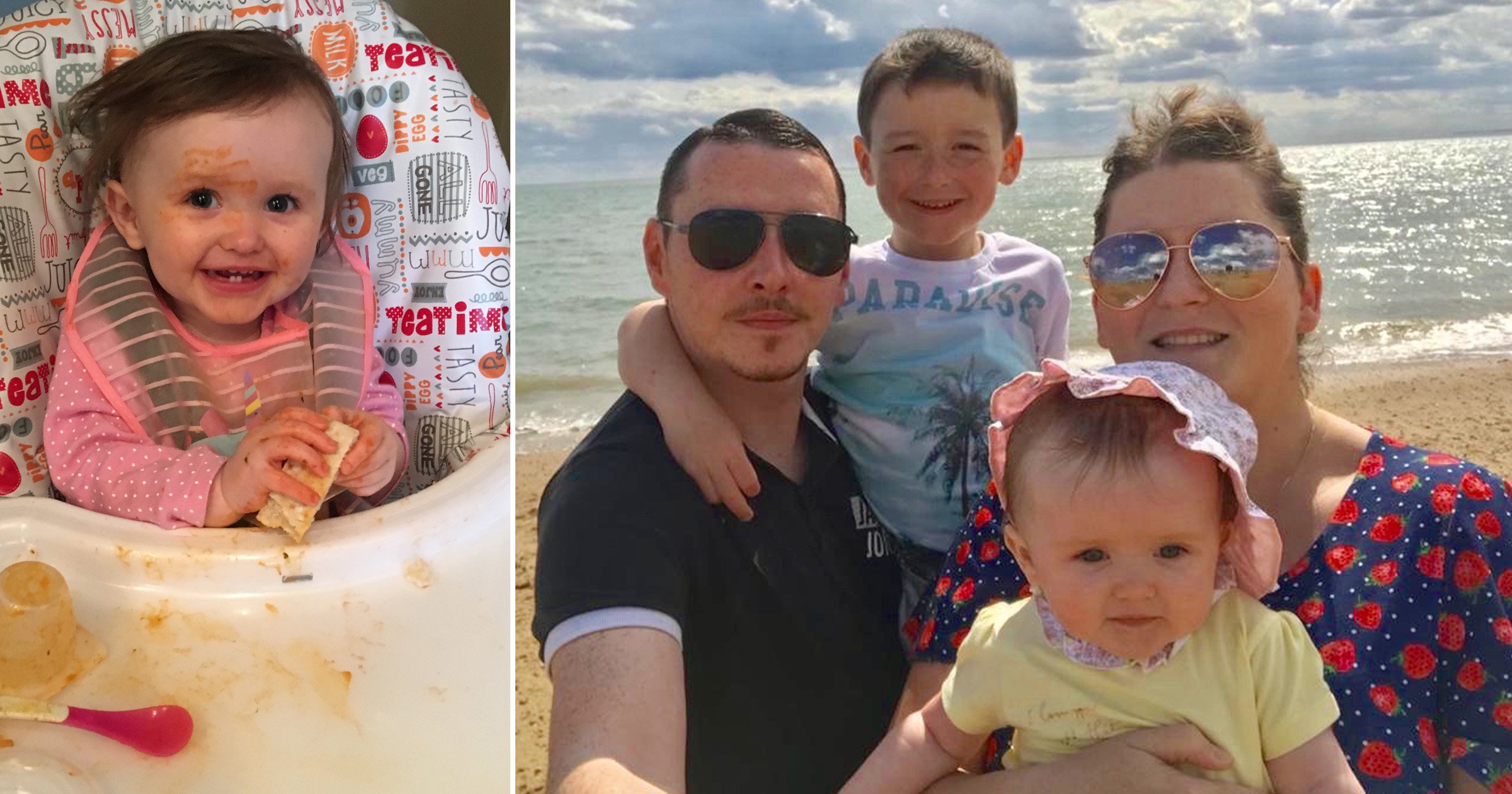 One woman went through every parent’s worst nightmare, when her toddler went to bed with ‘the sniffles’ one night then fell unconscious.

When Tara Lyons, 37, and Daniel O’Sullivan, 34, put their 15-month-old, Sofia Lyons-O’Sullivan, to bed with a sniffle in April 2020, they thought she was just teething.

The next morning, Sofia’s head dropped forward without warning and her horrified parents realised she couldn’t open her eyes.

The parents rushed her to hospital where just hours later she fell unconscious – and devastatingly, never woke again.

Despite not showing any symptoms, Sofia had suffered from a rare and unsuspected brain condition called Arteriovenous Malformation (AVM) – an abnormal connection between the arteries to the veins which disrupts the circulation of blood.

Approaching what would have been Sofia’s third birthday last December, Tara felt she needed to create something in her memory.

This resulted in a charity Christmas anthology, filled with young-adult fiction short stories, penned by a host of renowned authors.

Tara, who works in publishing, wants to raise awareness of the condition that cruelly took her daughter.

Titled ‘Written in the Stars’ and due to be published by Bloodhound Books next month, Tara said: ‘Sofia went to bed a happy and healthy baby on the Monday night and by the Tuesday afternoon, she was unconscious.

‘I never got to see her beautiful blue eyes again.

‘I walked in to the hospital with my one and a half year old, and left with a box of memories.’

She then knew she had to create something when she was struck by the approach of what would have been Sofia’s third birthday.

‘I remember going to pick up balloons my friend had made for Sofia which said happy third birthday, to place at her graveside, and it took my breath away.

‘I only had one birthday with her – I couldn’t understand how it was her third.

‘I was heartbroken. I knew then that I wanted to do something good in her memory.

‘Seeing the anthology now, that I have created and put together myself, is so special.

‘The cover of the book has a little girl reaching for the stars and it looks like Sofia, in such a gentle and sweet way that was just like her.’

Before Sofia became unwell, she was healthy and happy, meeting all of her health milestones.

While the world went into lockdown in March 2020, life had seemed almost perfect for the family.

Tara said, ‘We were actually loving the first few weeks of lockdown because we had just moved from a two-bed flat to our new three-bed house with a garden and we had all this space and time together as a family.

‘Sophia had her own room, with grey mountains painted on the walls and lots of pink and leopard print blankets and cushions, and lots of books – just as it still looks now.’

She said: ‘Sofia was sat on my lap and the doctor came in and said that they need to give her some antibiotics.

‘But then I looked at her and it was like I saw her take her last breath.

Rushed off to intensive care, doctors worked hard to stabilise Sofia’s condition, but she was still unconscious.

Transferred to Great Ormond Street Hospital in London, Sofia underwent a number of tests to understand what had happened.

Tara said, ‘They kept asking me if she had ever had any seizures or any speech issues or eye issues but she had nothing – they were so shocked.’

After a day in hospital, Sofia went in for a CT scan which revealed she had suffered a brain AVM on the stem of her brain.

‘Everything was a blur, they kept saying to me that she was really not well but I just kept thinking she would be okay,’ she said.

‘We were a normal family of four stuck in lockdown and then two days later my daughter is lying on a bed in life support.

‘When they gave her the CT scan, they had to shave some of her hair off and I thought, that’s her first haircut.’

After further tests and an attempt to relieve the pressure on Sofia’s brain, the doctors confirmed the worst – that there was no hope of survival.

She said: ‘There was too much damage on Sofia’s brain, she had a bleed on the brain and an aneurysm.

‘I felt nauseous and sick. My head was swimming with information.

‘There was so much information to digest, let alone the fact you’ve just been told your daughter is not coming out of this alive.

‘I didn’t want to leave the room because I knew once we did, we would have to face the truth.’

On Easter Sunday, six days after Sofia was first brought in to hospital, her life support was tragically turned off.

‘They brought us in the room with a couch and they gave us a box of things, so we could make clay footprints and handprints and take pictures,’ Tara said.

‘Then we sat down and that was the signal for us to hug Sofia and when we were ready, it would be time.’

Coming up with the idea of charity anthology for Christmas – the same month as Sofia’s birthday – Tara requested authors to share short stories.

‘We had nearly 100 submissions, I was overwhelmed,’ she said.

The authors of the 23 stories include crime fiction writers Angela Marsons and Joy Ellis and novelist Louise Beech, and there is a touching foreword by Tara, introducing the book in Sofia’s memory.

Tara hopes they can help spread awareness of brain AVMs and raise money for The Butterfly AVM Charity and Great Ormond Street Charity.

Tara said: ‘Creating this anthology pulled me out of a really dark spot, and it means so much to know there will always be something out there in Sofia’s memory.

‘And if it helps someone who has gone through what we have gone through, then that is amazing too.

‘Brain AVMs are not widely known at all and if I can help raise awareness as well as money for two amazing charities, that would mean the world.’

You can donate to Tara’s fundraiser in memory of Sofia here.