SNOHOMISH COUNTY, Wash. — Nancy Abell admits her maternal instinct may be a little overactive. At least that was her excuse for nagging a young hiker she met along the Pacific Crest Trail in Washington State a couple weeks ago.

That hiker’s name was Katharina Groene, and all Katharina did was mention to Nancy her plan to continue hiking alone up to the Canadian border.

“She was from Germany. She had no idea what she was getting into,” Nancy said, adding that she tried to talk her out of it.

“In fact I told her, ‘If you were my daughter I wouldn’t let you do this,'” Nancy said. 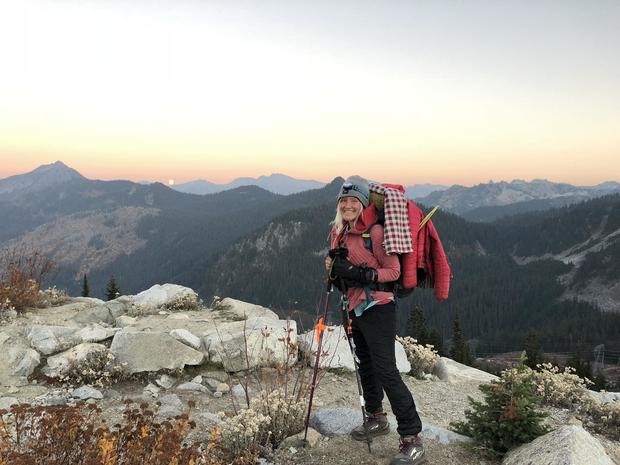 Katharina had already walked the first 2,500 miles of the trail, which starts at the Mexican border, and she had just 150 to go. So Katharina brushed aside nosy Nancy’s carping concern.

But it wasn’t the last of her worry. For the next seven nights, Nancy grew increasingly restless. She knew it was pretty late in the season to be walking that final stretch without snowshoes. When she read the forecast for two feet of snow in the mountains, Nancy went full-on mother hen.

“I was really stressed out. I felt really compelled that I really needed to get help for her,” Nancy said.

She called 911 to report a hiker who was “probably at risk.” Now, as a general rule, the authorities don’t go looking for missing people who aren’t missing. This hiker hadn’t put out a distress call and hadn’t even missed a checkpoint. Yet somehow, Nancy convinced them that her hunch was an educated one, so they went searching.

The Snohomish County Sheriff’s department scoured the mountains where Nancy suggested. That’s when they spotted her – frostbit, with maybe a day to live. The rescue crew said Nancy saved Katharina’s life.

Needless to say, Nancy is sleeping much better now. She invited Katharina to stay with her for a few days before her flight back to Germany. As for Katharina, she said Nancy rescued her in more ways than one. 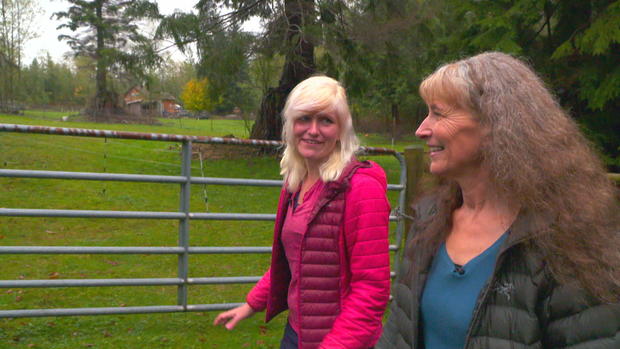 She said the whole reason she did the hike alone was because she’d given up on people.

But she said she got her faith back in a “really big way.”

So if you need faith restored, come to America — or just find your nearest mom.

To contact On the Road, or to send us a story idea, email us: [email protected]