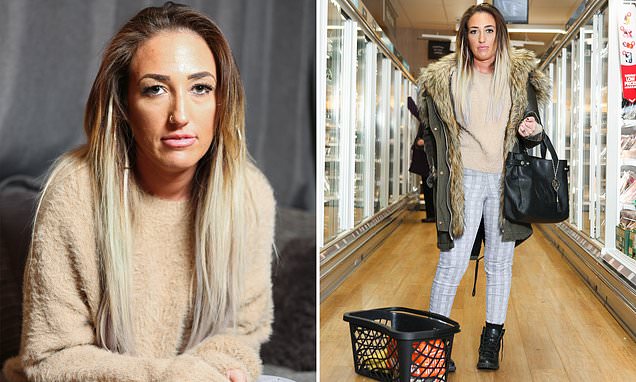 A mother-of-three has dubbed herself the loneliest women in Britain after making no friends for over a decade and visiting supermarkets just to chat to strangers.

Emily Fox, 32, is sharing her experience of loneliness to illustrate that the feeling doesn’t just affect the elderly.

The single mother-of-three from Wolverhampton, West Midlands, claims she often doesn’t speak to a single adult for weeks on end.

And, when she does, it’s often strangers in local supermarkets that she chats to as a way of coping with her crippling loneliness. 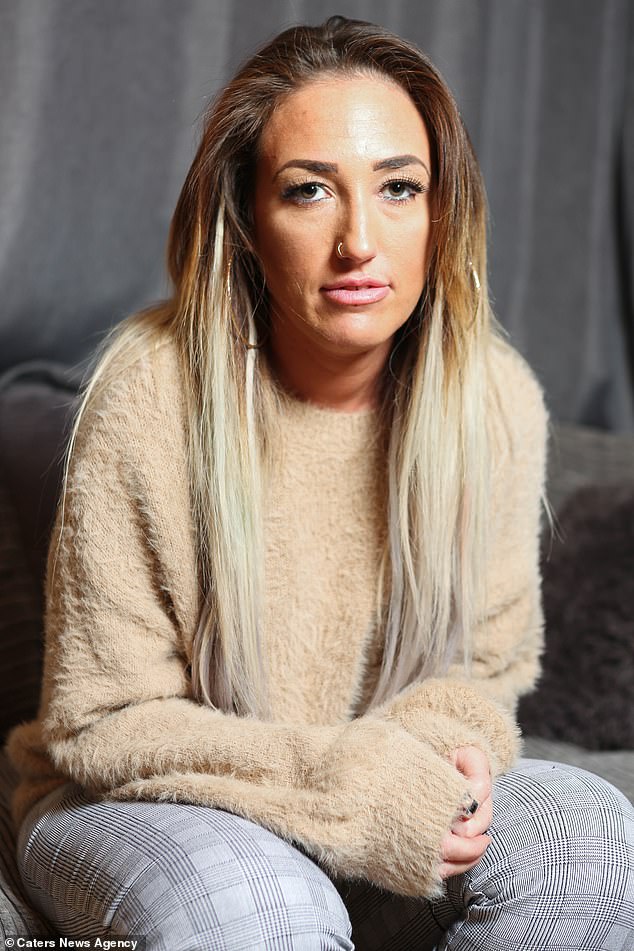 After sharing her experience of being lonely online last week, Emily received an influx of messages from people who were willing to be friends with the single mum.

Emily, a full time mum, said: ‘I haven’t made any friends for years and I often feel very lonely.

‘I won’t speak to a single person for up to three weeks and when I do it’s a shop assistant or a complete stranger.

‘I visit supermarkets to interact with other adults and to engage in conversations I haven’t had for weeks.

‘No one thinks loneliness affects people in their 30’s, everyone thinks it’s something that affects older people. 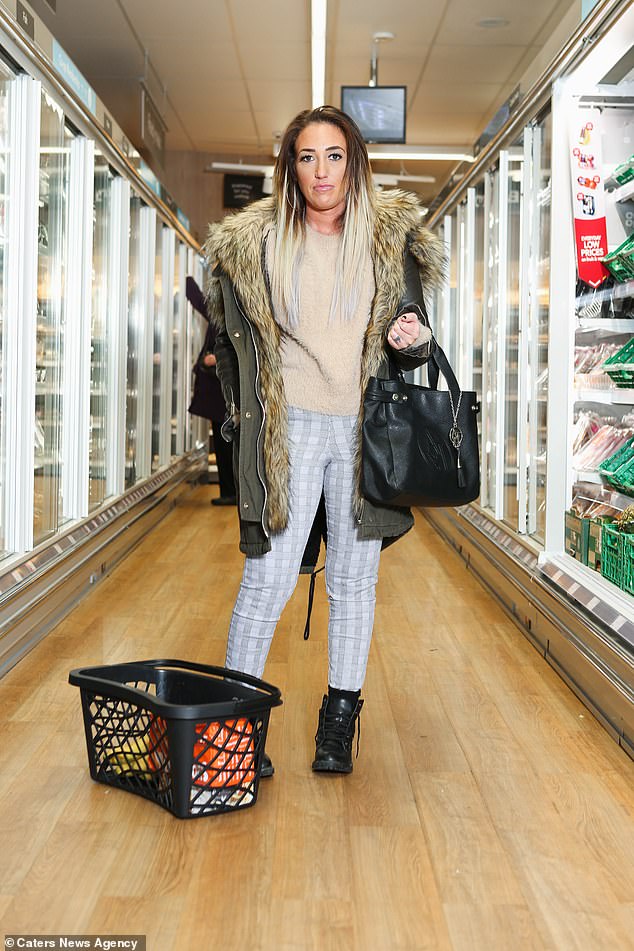 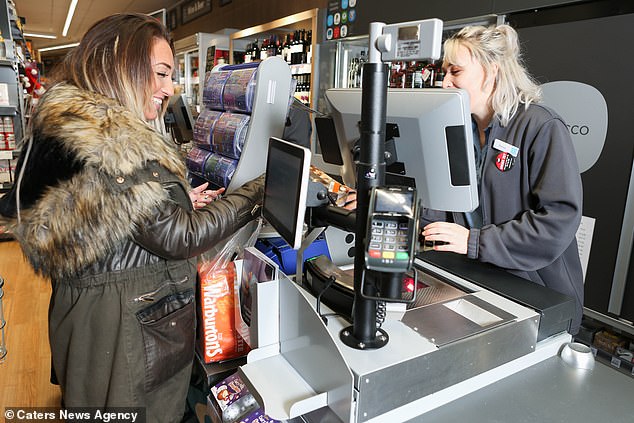 ‘Everyone always sees me as a happy and bubbly person but deep down I am very lonely.

‘It’s even more apparent at this time of year when people start to think about Christmas and parties that they’ll be attending.

‘I hope other people read my story and can relate to the way I feel as it’s really isolating.’

Emily knows that some people will argue that it’s impossible to feel lonely with three children but she doesn’t agree.

She added: ‘I can’t have proper conversations with my children and often they’re at school or at their dads.

‘My youngest is three years old and although they do keep me occupied, they don’t ease my loneliness. 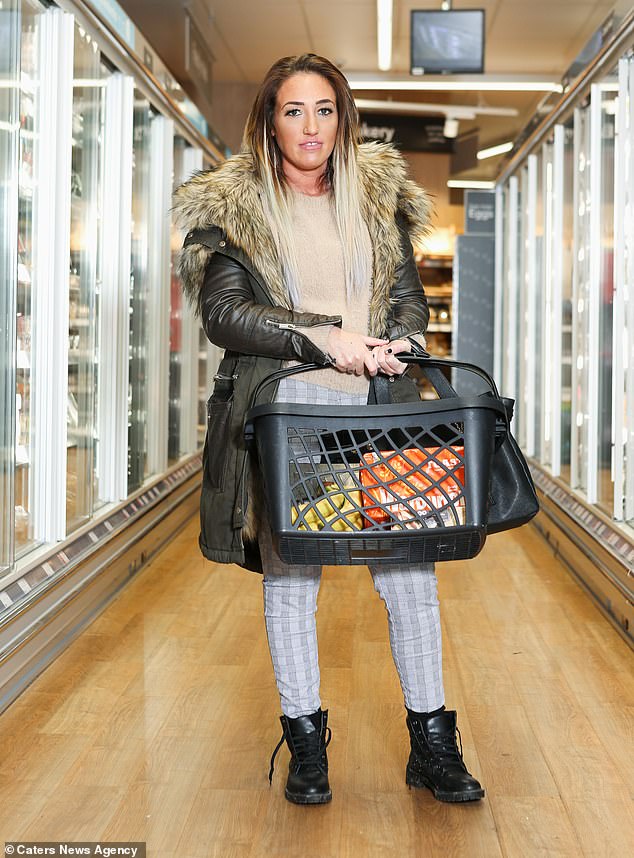 After sharing a post on Facebook, Emily received an influx of messages from people willing to be friends with her and plans to reach out to them 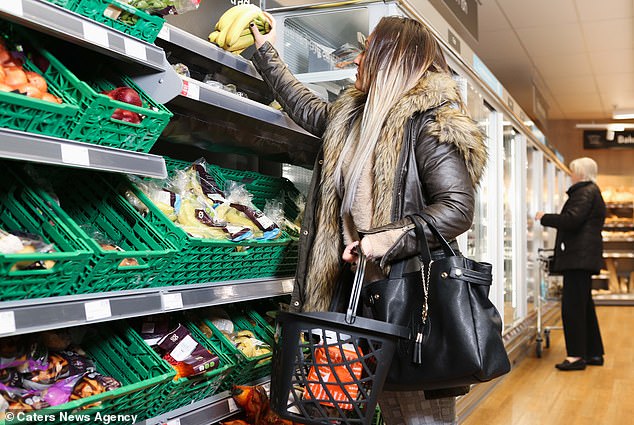 ‘I have tried attending parent and baby groups but I still felt isolated at those so I stopped going.

‘I visit the supermarkets as a way of speaking to people and it definitely helps combat some of my loneliness for a while.

‘I spend over an hour doing my food shopping when it could be done in less than half that time.

‘But I take my time so I’m able to have more interaction with others.

‘It has been hard dealing with the feeling of being lonely but I have learnt how to cope with it over the years.’

Emily believes that if more stories were shared like hers that more could be done to prevent other young women feeling lonely.

She added: ‘I feel like I’m more lonely than the elderly as there’s less support.

‘At least they will get to speak to their carers or will have days out arranged if they lives in an old peoples home.

‘When you’re young there isn’t that kind of support and it’s hard to make others understand how you feel.

‘I haven’t made a new friend for over a decade and although I do speak to my mum and brother, I rarely see them.

‘I’m going to contact some of the people who reached out to my Facebook post as even just meeting up with someone once a month for a coffee would make a huge difference.’