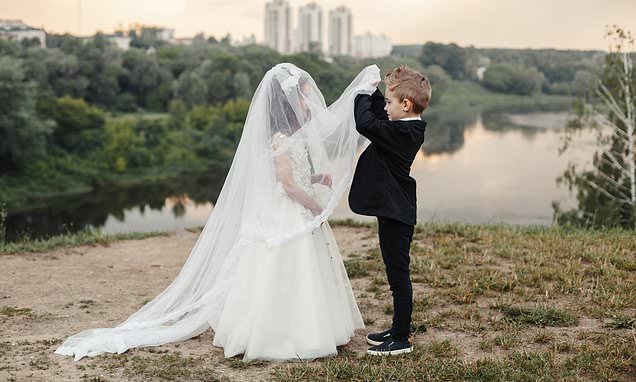 A parent has branded a primary school ‘creepy’ for organising a role-play ‘class wedding’ at the local church.

The mother, from the UK, took to Mumsnet on Monday, after learning that Key Stage 1 schoolchildren, aged five to seven, would be taking part in the event – which she branded ‘inappropriate’.

She explained on the site that she thought children role playing was fun and harmless, but setting it up like a real wedding, with a vicar, was too far.

But many social media users didn’t understand the troubled parent’s issue, with one writing that they are ‘overthinking’ a harmless school event. 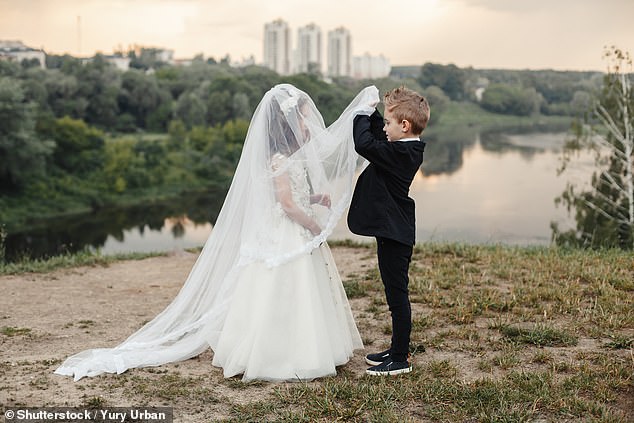 Writing on the parenting site she gave a brief description of the school, writing: ‘Church of England primary, quite churchy. Rural catchment so no choice of schools unless you want to drive.

‘They are organising a Class Wedding for one of the KS1 class – basically role playing a wedding at the local church.

‘Is it just me or is this creepy? Can’t put my finger on it but it feels entirely inappropriate for small children.’

The baffled parent went on to explain they have no problem with ‘kids messing about playing’ but said it’s ‘another thing to be told by a vicar that God will not permit divorce’.

‘There is no way this school will demonstrate a Jewish or Hindu wedding, let alone a gay one,’ she said.

‘And how do the kids whose parents have split up or never married in the first place feel?’

But many social media users disagreed as one said: ‘Who is going to say that God will not permit divorce? That would be a very weird thing for a vicar to say.

‘I don’t really see how you’ve got from role-playing a wedding to this whole thing about divorce.

Some social media users didn’t understand the parent’s issue, with one writing that they are ‘overthinking’ a harmless school event

‘I really think you are overthinking this whole thing massively.’

Another said: ‘It’s not a satanist ceremony’.

A third commented: ‘There was a lot of this around at the time of the Royal Wedding. It doesn’t seem to have scarred a generation.

‘I am more concerned that you seem to assume that the school will be doing this incompetently and will be bigoted’.

Others agreed with the worried parent, writing the scenario is ‘wrong on so many levels’

But others agreed with the worried parent, writing the scenario is ‘wrong on so many levels’.

One Mumsnet user said: ‘I’d keep away that day. Nasty tummy bug, can’t think where it came from’.

Another added: ‘I also find it a bit weird. And very role-confirming. Are they acting out baptisms too? Funerals? I mean, what does it add to their education would be my question’.

Peter Frampton To Be Honored For Work For Rare Disease Community

Paris Hilton Twerks & Dances To Britney Spears In Short Mini Dress At 39th Birthday Party — Watch
We and our partners use cookies on this site to improve our service, perform analytics, personalize advertising, measure advertising performance, and remember website preferences.Ok