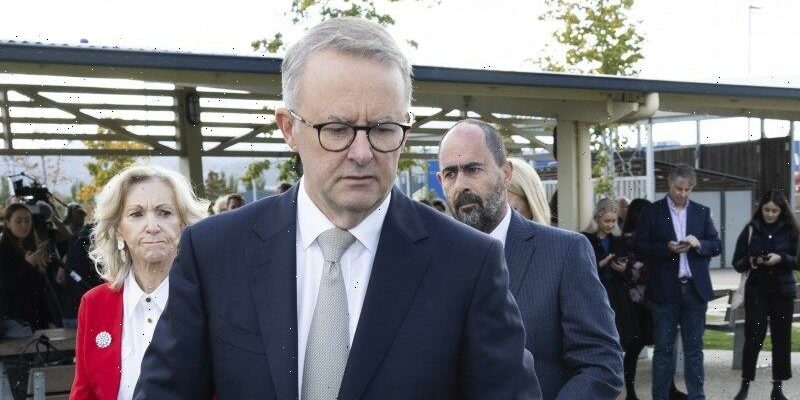 Prime Minister Scott Morrison will ramp up his economic attack on Anthony Albanese with a promise of 1.3 million jobs over the next five years, seizing on the opposition leader’s embarrassing campaign stumble where he could not remember Australia’s unemployment rate and official interest rate.

In a damaging opening day, Albanese was forced into a series of public apologies after he was quizzed by journalists and could not name the Reserve Bank’s cash rate of 0.1 per cent and incorrectly said the unemployment rate was 5.4 per cent, not its current measure of 4 per cent. 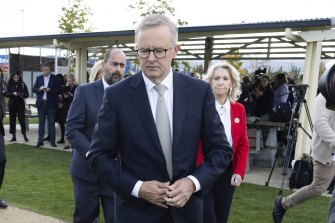 Labor leader Anthony Albanese after a doorstop in Launceston on Monday.Credit:Alex Ellinghausen

The Coalition immediately seized on the gaffe as evidence of its assertion that Albanese lacks the experience to manage the economy, forcing the Labor leader to call a press conference to try to stem the political damage.

“I’m human. But when I make a mistake, I’ll fess up to it, and I’ll set about correcting that mistake,” Albanese said in Devonport, more than an hour after his comments in Launceston.

Morrison will be in Sydney on Tuesday to announce his jobs pledge, a commitment that was first made in December by Treasurer Josh Frydenberg when he said the government would create 1 million jobs in four years.

On Tuesday, Morrison will promise 1.3 million jobs by 2027 and attempt to highlight the Coalition’s economic record, noting there have been 1.9 million jobs created since it came into government in 2013. 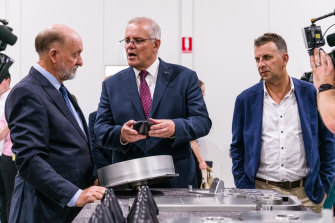 “I’ve got the economic plan that has been tested by the most significant economic crisis this country has seen since the Great Depression and the Second World War. My team has been proven and tested in that environment,” Morrison will say.

The recent budget also forecast a slowdown in job creation after the strong post-COVID-restrictions recovery, slipping from 2.75 per cent this year to 1.5 per cent over the next two financial years. Unemployment could fall even further this week with the March job figures due for release on Thursday.

The Reserve Bank is expected to lift the official cash rate in its first meeting after the May 21 election. Financial markets on Monday become more hawkish, tipping a cash rate of 3.5 per cent by the end of 2023. The cost on government debt increased on Monday, hitting a 14-year high.

Albanese’s economic stumble came on the first day of the six-week election campaign as he visited the ultra-marginal Liberal seat of Bass, which Labor hopes to win.

Asked about Tasmania’s unemployment, he tried and failed to answer a follow-up on the national rate.

“The national unemployment rate at the moment is … I think it’s 5.4. Sorry, I’m not sure what it is,” he said.

Shadow finance minister Katy Gallagher then stepped in to correctly say that the national jobless rate is 4 per cent and the cash rate is at 0.1 per cent, where it has been since November 2020. The unemployment rate has driven the political debate about wage rises.

In his press conference on the NSW South Coast, Morrison did not mention his opponent by name but gave specific figures for the unemployment rate, Medicare bulk-billing rates, growth across the whole economy to the end of December, and the Reserve Bank’s cash rate.

“Well, 0.1 per cent is the cash rate, it’s been there for some time. The unemployment rate, I’m happy to say, is 4 per cent and it’s fallen to a 50-year low,” he said when asked the same question as Albanese had been asked.

At his Devonport press conference Albanese conceded he had made a mistake and needed to own it.

“I won’t blame someone else, I’ll accept responsibility. That’s what leaders do,” he said.

“Anthony Albanese didn’t know the unemployment. All right. So what?” Howard said at a campaign event in Perth.

Howard said he thought the unemployment rate “has got a three in front of it”.

Albanese will continue his swing through Tasmania on Tuesday, promising to reinstate Medicare support for telehealth mental health consultations.

The ability to bulk bill psychiatry consultations through telehealth ended in December. Albanese will promise its reintroduction at a cost of $31.3 million over the next four years, supporting 450,000 consultations.