A Virginia Beach mother is speaking out after a mask incident she said involved her 2-year-old on a recent Southwest Airlines flight.

Ali Cleek was on an Aug. 12 flight from Orlando to Norfolk, Virginia, with her husband and two children, 4 and 2. Her 2-year-old daughter, Drew, was crying and would not keep on her mask, Cleek told FOX News.

“Drew is a thumb sucker and her only way she biologically knows how to soothe herself is by sucking her thumb which is damn near impossible with a mask,” Cleek posted to Instagram after the incident.

Cleek and her husband held Drew down, she said, trying to get her to wear her mask while two flight attendants stood over them, watching.

What happened next, Cleek wrote on Instagram after the incident, had her “still shaking.”

Cleek said she was given two options. Cut a hole in the mask, she said she was told sarcastically, or “glue it to her face.” The flight attendant, Cleek said, indicated she had glue available.

The mom of two said she is a “rule follower” and doesn’t want to come across as anti-mask.

“I just know that regardless if it was sarcasm or not I was embarrassed and trying to follow the mandate as much as I could,” Cleek said. “My daughter is 2. We were doing everything we could to comply.”

In her post, she wrote “I don’t like being this person. Wearing a mask is the federal mandate… I get it. I respect it. But at some point we have to have human decency. Compassion.”

In a statement emailed to FOX News, Southwest Airlines said, “The federal mask mandate for travelers has been in effect since February 2, 2021 and requires all passengers over the age of two to wear a mask at all times throughout the travel journey. We [Southwest] appreciate the ongoing cooperation among our customers as we work, collectively, to follow the federal mandate and support the comfort and wellbeing of all who travel with us during the ongoing COVID-19 pandemic.” 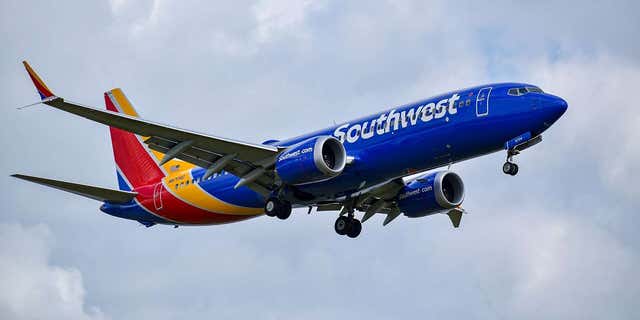 The statement continued, “As a note, customers are reminded of the federal mask mandate multiple times prior to travel. Southwest provides reminders during the booking process on our website; in pre-trip emails sent to customers prior to departure; and as a part of a customer’s Health Declaration Form that must be acknowledged during the check-in process on the Southwest app, Southwest.com, Southwest’s mobile website, and airport kiosks.”

Cleek said she reached out to the airline and received a call from customer service with an apology. “They said they would essentially talk to the flight crew,” she said.

Beyond the apology, Cleek said she hopes there’s been communication around the company about what to do in similar situations.

“I know I never want another parent to be in tears on an airplane because their 2-year-old won’t wear a mask. I really don’t want parents to feel like they have to hold down their child to put on a mask. I also don’t want to feel like I can’t travel with my kids by plane,” she added.