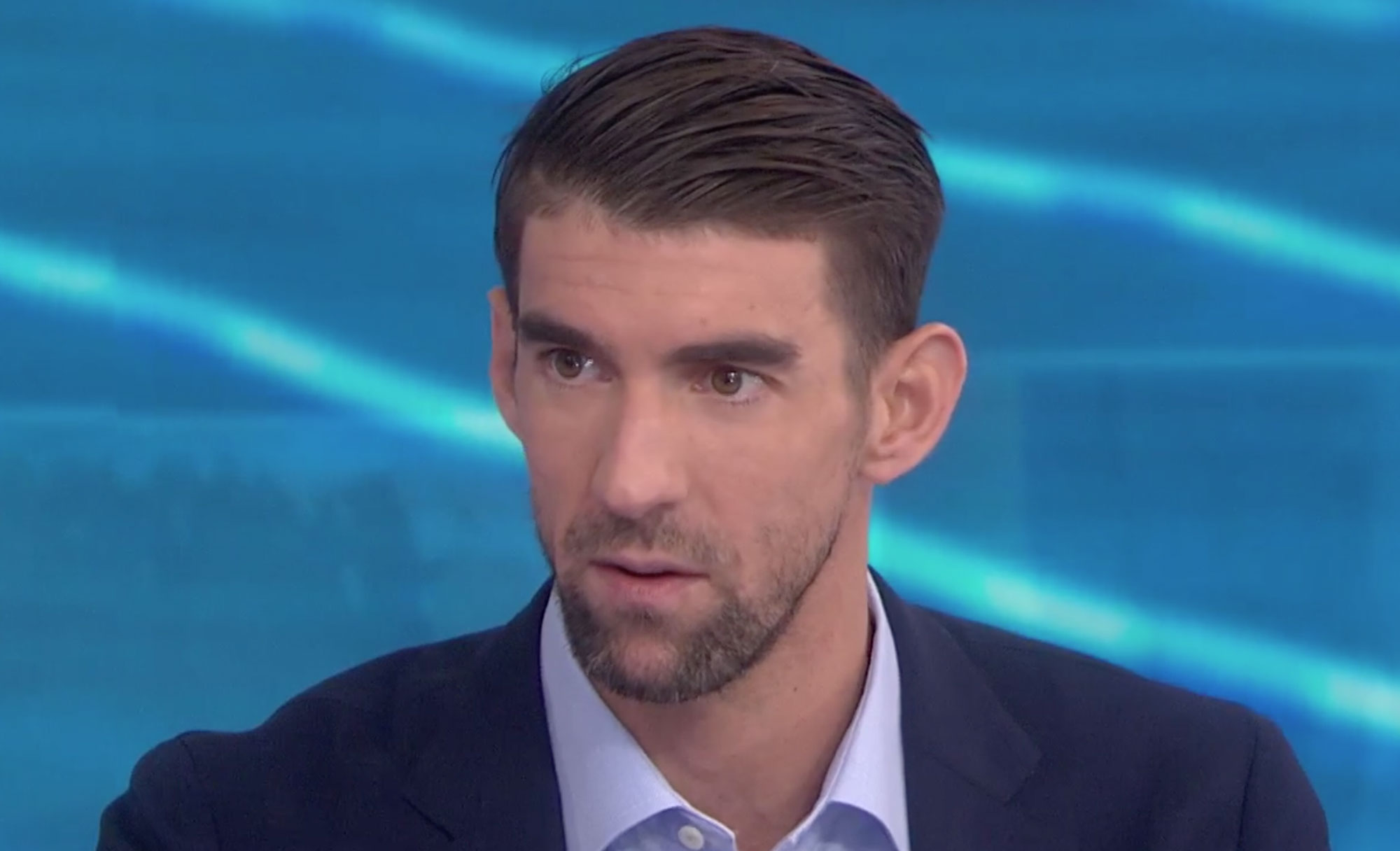 Michael Phelps has become a prominent advocate for mental health over the years thanks to his frankness about anxiety and depression, which at its worst caused him to have suicidal thoughts.

And regardless of his record-breaking success, the champion Olympic swimmer, 33, says he still “struggling weekly” with his own internal demons.

“From time to time, I’ll have bad days where I do go into a depression state,” Phelps said on Thursday’s episode of Today, opening up about his battle in a revealing conversation with Savannah Guthrie and Hoda Kotb.

“Being an athlete, you’re supposed to be strong and be able to push through anything. My struggles carried on through my career and I hid them well,” the father of two explained. “There are so many people who struggle from very similar things that I go through and still go through. … At times, it was a little scary and challenging to go through, but I found a way to get through it and I’m addressing these issues that I have.”

Phelps first revealed his private struggle with anxiety and depression prior to competing in the 2016 Olympics in Rio de Janeiro, Brazil.

At his lowest point in October 2014, Phelps — who was arrested for drunk driving in 2004 and again in 2014 — said he didn’t leave his house for five days and was suicidal.

“For me, I was so down on myself. I didn’t have any self-love and quite honestly, I just didn’t want to be alive,” he told Today. “It was a really, really, really crazy time for me and I didn’t want to see anybody. I saw myself as letting so many people down — and my, myself, in particular. That’s hard to carry.”

Anxiety affects about 40 million Americans over the age of 18, according to the Anxiety and Depression Association of America. Though disorders associated with anxiety are highly treatable, the organization says less than 40 percent of sufferers receive treatment.

Asking for help and talking about his feelings, instead of keeping them bottled up, is what helped Phelps push back during those dark days.

“Over those three or four days where I didn’t want to leave my room and I didn’t want to talk to anybody, I finally realized that I can ask for help and it’s okay not to be okay,” Phelps admitted. “And for me, that’s what changed my life. I never asked for help really ever in my career. That was the first time that I really did that. I was basically on my knees, crying for help.”

Now, Phelps is hoping that everyone seeks that help. He’s a shareholder and member of the advisory board with TalkSpace, an online and mobile therapy company that pairs users with licensed therapists.

“I’m lucky to be able to sit down with a therapist and chat and talk and open up,” he said on Today. “It’s challenging for people to do. And being able to work with TalkSpace, traveling as much as I do, to have the access on my phone where I can pop on whenever I want — 24 hours a day, 7 days a week — and get the help that I need? It’s something that continues to teach me more and more about myself.”

RELATED VIDEO: Ethan Hawke Reveals What Got Him Out of His Depression After His Divorce from Uma Thurman

Also in his Today interview, Phelps opened up about sons Beckett, 8 months, and Boomer, 2.

As for whether Boomer will be following in his father’s swim strokes, Phelps said “if he wants.”

“His kick is unbelievable. It’s truly is insane to watch how fearless he is in the water,” the dad shared. “If he wants to swim, cool. Whatever makes him happy. I don’t want him to ever feel the pressure of kind of living in what I’ve done, in my shadow. I want him to be able to kind of just make himself, to live what he wants to do.”

If you or someone you know is showing warning signs of suicide, consider contacting the National Suicide Prevention Lifeline at 800-273-TALK, texting the Crisis Text Line at 741741 or seeking help from a professional.