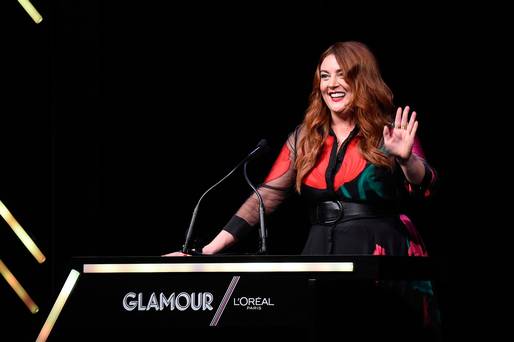 There’s nothing that Irish universities like more than publicity.

As they barely trouble the upper echelons of any ranking tables these days, a picture of a celeb receiving an award is often the best they can hope for. Two weeks ago, UCD honoured that great academic, Rob Kearney.

Last week, it was the turn of UCC to hand out an award to a past student, Cork woman Samantha Barry.

Samantha hit the headlines in January when she was announced as editor in chief of Glamour, one of the world’s best-known and biggestselling magazines. For a girl from Ballincollig, it was quite an achievement.

With a “relaunch” in April, which saw Samantha appearing on CNN to promote it, it seemed that Glamour had a bright future ahead of it. In fairness to UCC, they probably planned the award some time ago, so they can’t really be blamed for what happened next, because last week owners Conde Nast announced the closure of Glamour magazine as a print title.

This is probably a good time to alert readers about the modern-day love for spin.  You can, with a bit of skill, make just about anything sound positive. Two weeks ago, Samantha appeared on TV to say the magazine was “coming off a monthly print cycle”.

“We want to make sure that to service journalism for women, we’re front and centre –we’re not looking at digital as an adjacency,” she added.

If you take away all the spin from all this, here’s what’s left – nine months after Samantha took over as editor, the print edition of Glamour magazine has closed down.  That isn’t, of course, Samantha’s fault, as Glamour is just the latest in a line of print titles to close.

It should also be pointed out that the final decision was taken not by Samantha but by her bosses. However, by constantly using “I” in her announcement, she certainly didn’t try very hard to distance herself from the decision.

In her thank-you speech to UCC for the award, Samantha revealed how those formative years have helped her career, which has recently involved “steering Glamour magazine’s American edition into a new digital age”.

What she actually means, however, is that it has now been steered away from what it was for 80 years – a proper magazine.

Instead of welcoming home the saviour of one of the world’s most famous print titles, UCC was stuck with congratulating Samantha as the editor in place when Glamour as we know it ended.

I wonder how they managed to spin that one last  Friday.