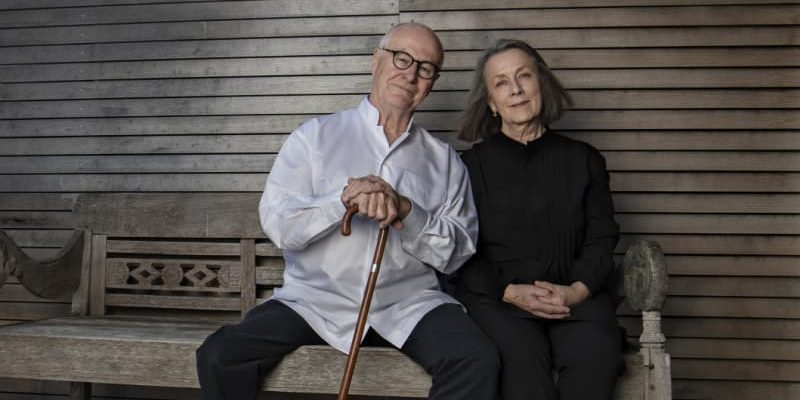 Sydney Community Foundation chair Michael Lynch, 67, and Sydney Writers' Festival chief executive Chrissy Sharp, 67, have been dynamos of the arts for decades, and married – often arguing – for almost as long. 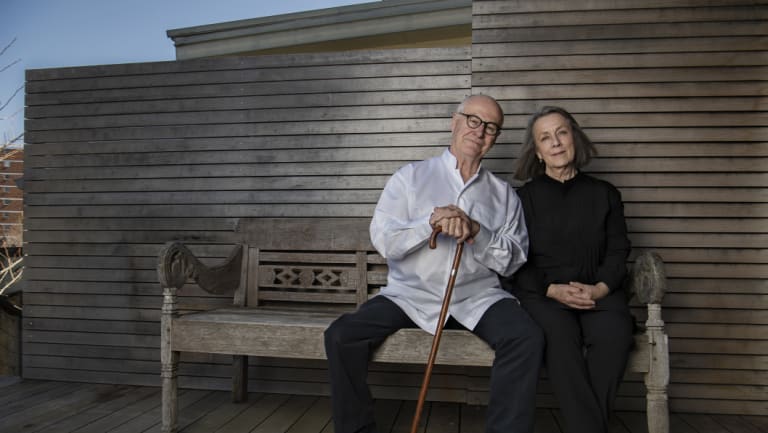 “Michael and I fight like crazy about everything, and we don’t even notice. It’s how we are.”Credit:Louise Kennerley

MICHAEL: Chrissy and I have always been very close, despite some people's perceptions of us as a volatile couple. Neither of us holds back, and we can easily ignite each other. She hates the bullshit factor in me, and she calls me out on it.

We first met in 1987, over the phone. I was a casting director, she was an agent, and I wanted to cast one of her actors. I found her combative, robust, feisty and highly intelligent. Later, I met her at Kinselas bar in Sydney and was starstruck: she had dark hair, green eyes and an exquisite face. I was completely won over. At the end of the night she asked me to go home with her. It was a tempestuous but very passionate relationship from the start.

In 2002 I took a job in London as chief executive of the Southbank Centre [the UK's largest arts centre]. That was tough for Chrissy as she had left behind her two sons [Christopher, now 39, and Edward, 36, from a previous marriage] and a job she loved doing as the Sydney Festival's general manager. Once she got the job running Sadler's Wells Theatre, the next few years were bliss for us. We became even closer, because it was just the two of us against the world, both managing similar institutions.

After seven years, I persuaded Chrissy to return to Australia. She was pissed off but landed a great job as director of Melbourne's Wheeler Centre. Two years later I was offered a job in Hong Kong as CEO of the West Kowloon Cultural District Authority. Chrissy was resistant, but eventually agreed to come with me.

These overseas postings were hard on Chrissy, but there were some upsides. In 2007 we reopened Royal Festival Hall in London, and I was the Queen's escort. When the Queen and I walked in, the audience rose to its feet and, together with three orchestras and a choir of 1000, sang God Save the Queen. I looked around and I could see this extraordinary grin on Chrissy's face.

In 2014 she was diagnosed with breast cancer. It was horrible. She'd always been so accepting of my physical frailties [Lynch had polio as a child] and so unbelievably strong and capable. Suddenly she went from being superwoman, my paragon of beauty, to someone who didn't know what was going to happen. The chemo was brutal; I'd never seen her fragile before. Our relationship changed; it had been so tempestuous. I've benefited hugely from her wisdom, her knowledge, her intelligence and her ability to call me out on bad behaviour.

In moments of stress or anger, we've always been there for each other. And we still love each other's company, which is pretty awesome after 31 years.

CHRISSY: Michael and I fight like crazy about everything, and we don't even notice. It must be hard on everyone else, but it's how we are. We agree absolutely about all the important stuff: family, politics. A friend once said to me after a dinner party, "You two say things to each other at dinner parties that most folks only say in the car on the way home." I said, "We have very harmonious trips home."

It has always been like that. When we met, he wanted an actor I represented to feature in a movie he was making. He was so bossy and overbearing, I just really couldn't cope with him. A few months later we met at Kinselas. I thought he was funny and kind, completely different from the man on the phone. A few weeks later, at a film industry ball, I realised it was more than a fling. We danced, and he was the craziest dancer; he's got one bad leg. I remember thinking, "You're pretty nice." It all developed very swiftly after that.

After we got married in 1990, my sons lived with us and so did Michael's daughter [Ella, now 36]. We both had demanding jobs but somehow managed. Michael was not much help around the house; women's lib has had a big philosophical effect on him, but not a practical effect.

When Michael was offered the job in London, I left work I adored. In London I was missing the boys, and I couldn't find work. That was tough, but we pushed through, probably because Michael is such an optimist. Once I got a job, we had a fantastic time.

In Hong Kong it was deadly dull for me because I couldn't work, then I was diagnosed with cancer. I had to have surgery then chemo. Chemo is tough on anyone, and tough also on the person who is watching you go through it. But Michael and I have always been incredibly close, and I couldn't have imagined going through it without him.

Both of us working in the arts has been great. We're always on the same page and we can talk about our passion in a way that we both understand. When we were in London, there was a nasty piece in the paper accusing us of an unhealthy alliance because we were both running big arts companies. Nothing could be further from the truth.

We do help each other, but we are also very careful. When I was at the Actors Equity union and he was running Sydney Theatre Company, there was a long-running dispute between actors and theatre producers. We managed to maintain Chinese walls at home, until one morning, he blew his top about the "bloody union" and stormed out of the house. That was when I knew my side had won.

He is tremendously supportive of me. I know that he has a high opinion of me, and that he would do anything to make me happy. I couldn't imagine my life without him.

To read more from Good Weekend magazine, visit our page at The Sydney Morning Herald, The Age and Brisbane Times.