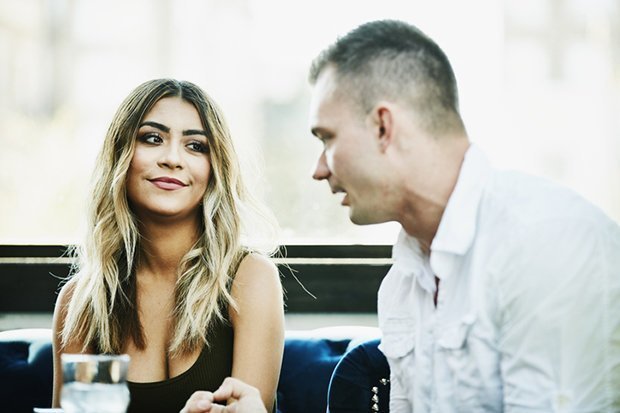 If you’re a heterosexual woman who has been on the dating circuit at one point or another, you may have found yourself bemoaning men’s penchant for bulls**t.

But now you have actual evidence to back it up, other than just comparing notes with your friends’ experiences.

According to a study at UCL, men do ‘bulls**t’ more than women (their term not ours).

While hardly a very academic term, the boffins define a ‘bulls**ter’ as “individuals who claim knowledge or expertise in an area where they actually have little experience or skill.”

According to the researchers, ‘bulls**ters’ are not quite liars but rather “bulls**ters have no concern for the truth, which is different than a purposeful lie.”

The first study of its kind, the researchers looked at 40,000 students from nine English speaking countries answering a large survey every 3 years.

The survey asked the students to rate their knowledge of 16 mathematical concepts, three of which were fake.

The higher the score, the bigger the bulls**ter.

Not only did the results show that boys bulls**t more than girls in every country, but also that children from wealthier backgrounds did so more than those from more deprived ones.

It also showed a breakdown country by country, revealing some interesting findings.

It turns out Canada and the United States came out tops in the bulls**t stakes, whereas Scotland and Northern Ireland came out at the bottom.