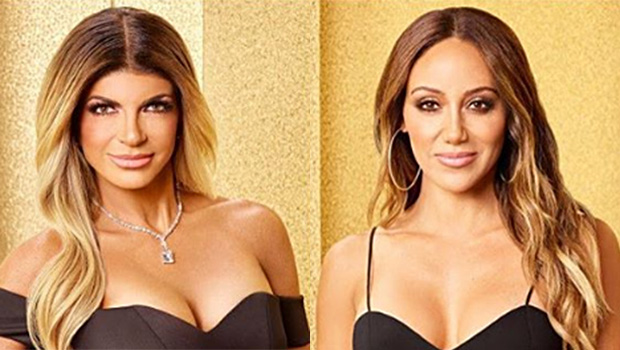 ‘RHONJ’s Melissa and Joe Gorga have rallied around Teresa Giudice, following the news of Joe’s potential deporation. During an EXCLUSIVE interview with HL, Melissa revealed how they’re supporting her.

The season premiere of Real Housewives of New Jersey airs on Nov. 7, so Melissa Gorga has been busy promoting the new season! But during her EXCLUSIVE interview with HollywoodLife, we had to ask how she and husband Joe are supporting Teresa Giudice in the wake of the news that her husband, Joe, will be deported once he finishes his jail sentence. Fortunately, it sounds like she and Joe are doing everything they can to make Teresa feel better. “We’re always supportive. We don’t do anything special at certain times. Obviously, there have been years and years of a lot going on and so we’re just standing right here. She knows that and her girls know that and so this is just another difficult time that has come up and they’re dealing with it as a family. Of course her brother and I are always there for her and she knows that,” Melissa told us.

Obviously, Melissa didn’t name anything specifically that they’re doing for Teresa, but we can only imagine it’s nice for Teresa to know that Melissa and Tree’s brother, Joe, are there for her. As we previously shared with you, a judge ruled on Oct. 10 that Joe Giudice must be deported to his native country of Italy. “Based upon the law, I find you deplorable and ineligible for any kind of relief,” Judge John Ellington reportedly said at the hearing. “Mr. Giudice, no matter how this turns out, I wish you the best. I decided this case as a matter of law.”

The family could still appeal the decision, and it sounds like it’s something they’re going to do, as Teresa recently said they’re “going to fight this.” Teresa and Joe Giudice share four daughters together: 17-year-old Gia, 14-year-old Gabriella, 13-year-old Milania and 9-year-old Audriana. Joe began his 41-month prison sentence for fraud in March 2016.

To see how it’ll all unfold for Teresa and her family, watch new episodes of RHONJ every Wednesday on Bravo, starting Nov. 7!