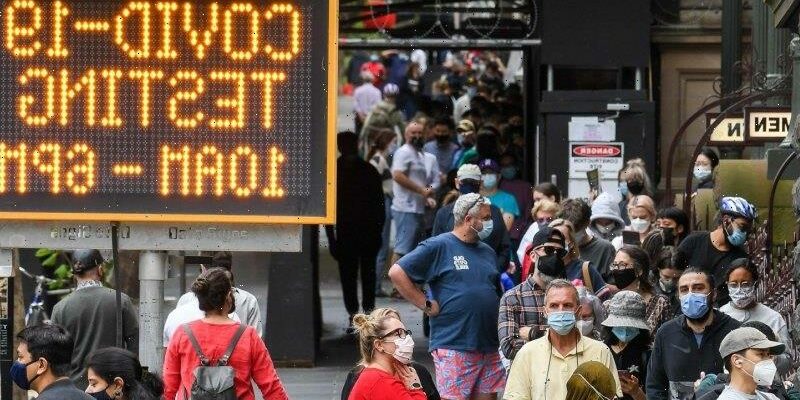 Hooray – the battle is nearly over. Savour the moment – a sweet victory is within sight.

The enemy has been forced to retreat. Undoubtedly, there will still be some skirmishes and, tragically, some casualties will continue. 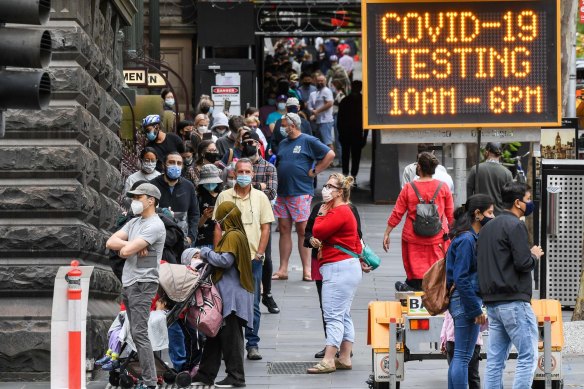 A bygone era. National cabinet has decided the pandemic is effectively behind us. Credit:Joe Armao

Despite the lingering concerns of Dr Brett Sutton, Victoria’s Chief Health Officer, and some of his medical colleagues, national cabinet has confirmed what many of us had already decided – the fight against COVID-19 is done. Prime Minister Anthony Albanese announced on Friday that mandatory isolation would be lifted.

Like Japanese soldiers hiding in the jungle refusing to surrender long after the end of World War II, the remnants of the pandemic will still cause trouble for a while yet. But for most of us, we can at last look forward to a less constrained summer.

While military analogies are decried by the health experts – and I apologise for not heeding their advice – it is an irresistible temptation to use the parlance of war to describe what we have been through. Comparing life-and-death conflicts seems apt, as we survivors emerge bruised and battered after three COVID-19 winters.

The return of Punt Road’s typical congestion is almost nostalgic, albeit never welcome. In Brunswick Street, Fitzroy, instead of cursing the absence of anywhere to park, it serves as an overdue and exhilarating signifier of economic and spiritual revival. 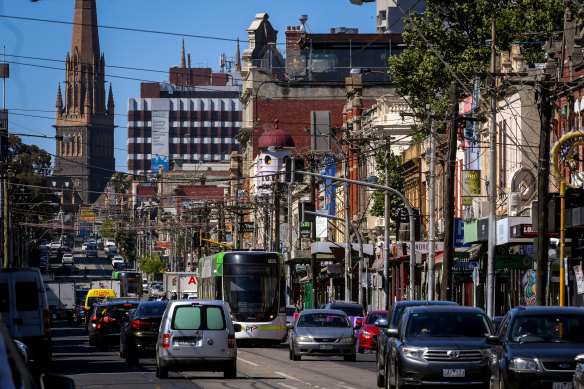 Car parks are hard to find but at least Brunswick St is bustling again.Credit:Eddie Jim

Crowded trams are no longer a novelty and what a sight to behold were those 100,000 fans back at the MCG for the AFL men’s grand final.

A birthday visit to family in Sydney last week gave us a glimpse of what Melbourne will be like – or ought to be – in a few weeks as our recovery gathers momentum.

It was a giddy sample, a teaser from a city that had already decisively turned its back on COVID-19 and is bustling with a level of street energy I had not felt for the past few cloistered and anxious years.

At the risk of being labelled treacherous, the atmosphere in Sydney’s CBD, the beachside dining spots and across the inner-city last week was utterly seductive. Noticeably absent in Melbourne, the buzz in the harbour city was a stark and vivid reminder of what we had lost during the pandemic. 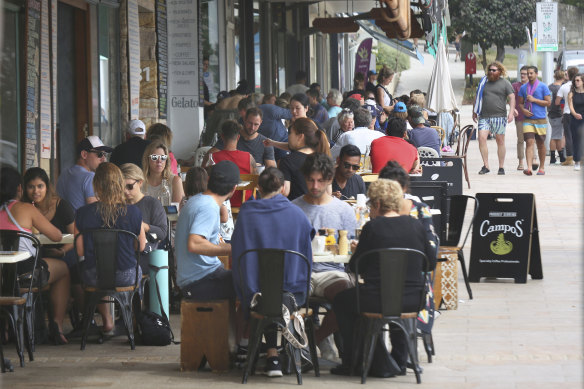 Patrons enjoy the cafes at Bronte Beach on a busy Sunday. The buzz is still lacking in Melbourne.Credit:James Alcock

Our civic leaders, local and state governments as well as the music, hospitality and entertainment gurus are all scratching their heads and working on ways to retrieve our renowned and much copied vibe – the very essence of what defined our city.

A quick look at our neighbours 800 kilometres up the highway might also help.

Whatever it takes – change needs to happen, and now. If Melbourne misses the rebound, if we do not find the cultural magnetism that brought so many exciting creatives to live and work here, we will struggle for years to come. 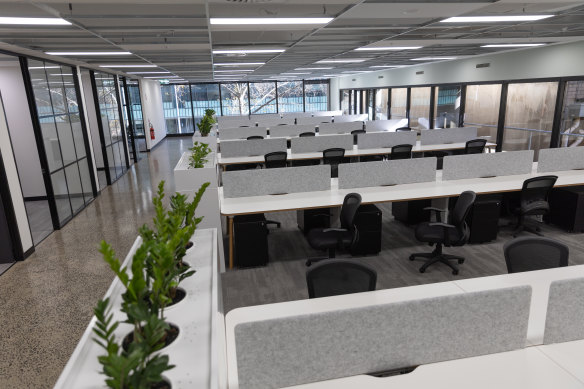 Not to be ignored, though, is the deep scar tissue. There are many in our community who need more time to fully recover. Not just from the health and economic damage, but also the lost businesses, the schools and universities emptied, the jobs that have vanished and a housing market that has had seismic disruption in both urban and rural areas.

Factor in the delayed surgery, the burned-out healthcare workers, the interrupted cancer treatments, the ruined hospital budgets, the essential training cancelled – the full repair will take decades if, indeed, we ever resume what passed for “normal” back in the years before the pandemic.

Add on the endless and circular debates about working or studying from home, the dubious advantages claimed for hybrid meetings, the technological tyranny of Teams and Zoom. We cannot ignore the empty office buildings or shops still shuttered in our main streets … but our troubles go deeper than any of those metrics, serious as they are.

The deepest fissure in our collective psyche is the collapse in unity and trust.

Somewhere between February 2020 and today, science was swamped by voodoo, knowledge overwhelmed by mere opinion. We all became amateur epidemiologists and could sustain an argument with nearest and dearests about the Reff and RATs, even though none of us had even heard of either 10 minutes earlier.

How was it that some of our fellow citizens thought it was acceptable to urinate on and desecrate the Shrine of Remembrance or to don protective armour and goad and punch police – all in the name of some distorted understanding of “freedom”?

What perverse rationalisation went through the heads of those gleefully applauding as their fellow protesters abused free speech by parading makeshift gallows for Premier Dan Andrews on the back of a flat-bed truck, menacingly circling the parliament, loudhailers inviting passers-by to join them to sabotage vital efforts to deal with a public health emergency?

We need to heal the damage to our sense of collective self – the comfort that came from knowing we live in a prosperous, coherent and confident community, the envy of much of the world. Instead, there is doubt that has been triggered by whacky fake medical advice from unqualified charlatans masquerading as experts, and anxious and gullible people being preyed upon by quacks and frauds.

Add on the countless days of futile court challenges, waffle from self-styled bush lawyers about class actions and the Magna Carta, all turbo-charged by cynical opportunists who proved yet again that a fool and their money are easily parted.

If the war is over, let the task of building the peace begin.