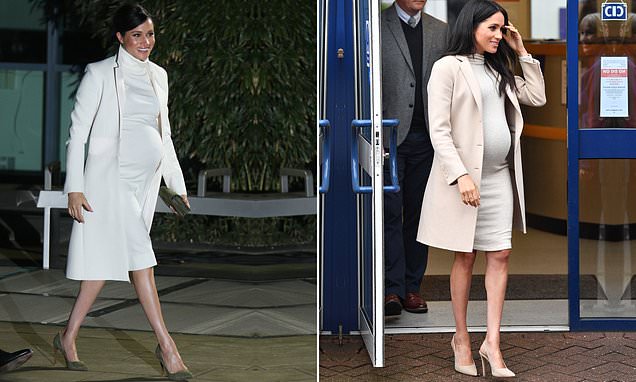 Seeing double duchess! Meghan steps out in a Calvin Klein dress that looks VERY similar to the H&M number she wore last month – but it costs more than 60 TIMES as much

The Duchess of Sussex revisited a favourite fashion formula as she joined Prince Harry at the Natural History Museum on Tuesday night.

Meghan, 37, wore a cream dress under a cream coat for the outing – an ensemble that looked strikingly similar to the one she wore for a visit to the Mayhew animal welfare charity in London last month.

However while she dressed her baby bump in a £24.99 ($32) H&M maternity dress for the event in January, her dress tonight was custom Calvin Klein – and cost more than 60 times as much. 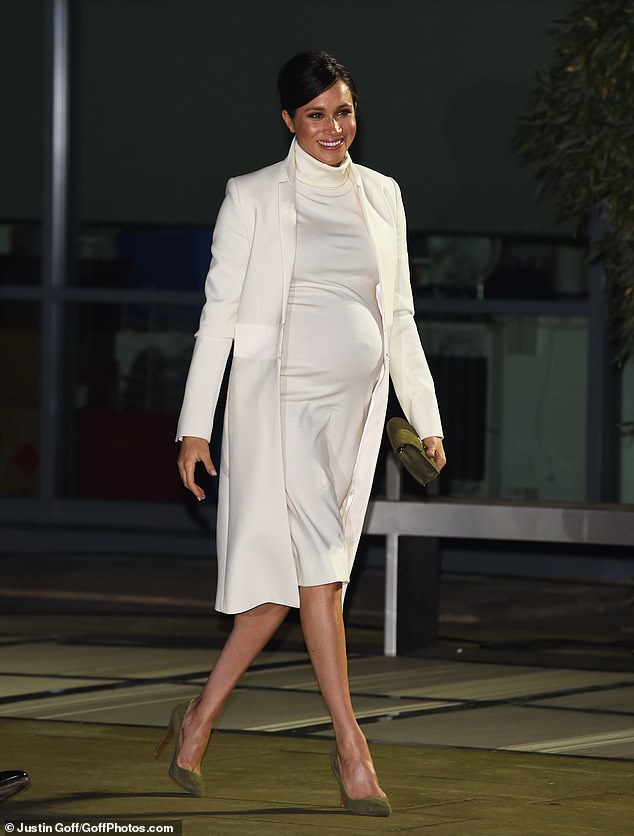 The Duchess of Sussex looked stunning tonight in a cream Calvin Klein dress and and a cream Amanda Wakeley coat, but her look was very similar to when she visited the Mayhew dogs home last month

The Duchess of Sussex’s growing baby bump was on show as she wore the tight fitting Calvin Klein dress, which had a turtleneck design

It is a similar length, shape and colour to the H&M version worn last month.

Tonight the royal matched her look with Ralph Lauren Olive Green Heels and their Olive Green clutch to match and Vanessa Tugendhaft clover earrings priced at £660. 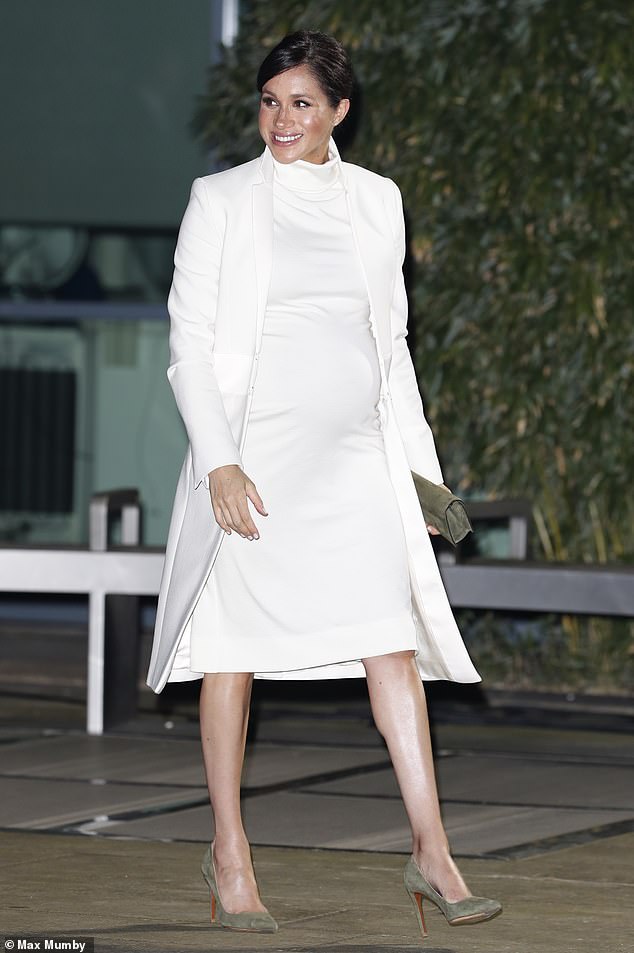 As Meghan arrived for the gala tonight she wore a Calvin Cream Turtleneck Dress, likely to be from his bespoke 2019 Resort Collection 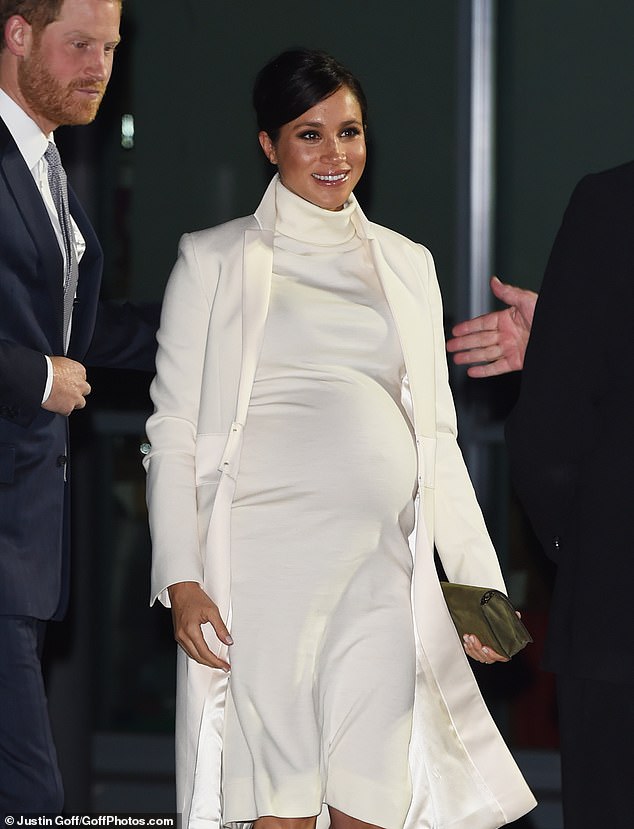 She went full glam with her make-up tonight, with a contoured and bronzed look. While her lipstick was a lighter shade of brown. Her hair was worn up off her face, partitioned to the side and her fringe swept back.

For her Mayhew dogs trust visit she paired her look on the day with a Stella McCartney bag and £24.99 ($32) and finished off her nude ensemble with Dean Davidson earrings and a pair of towering slingbacks.

But Meghan isn’t shy about reusing what’s in her wardrobe, as her look tonight has been worn before. 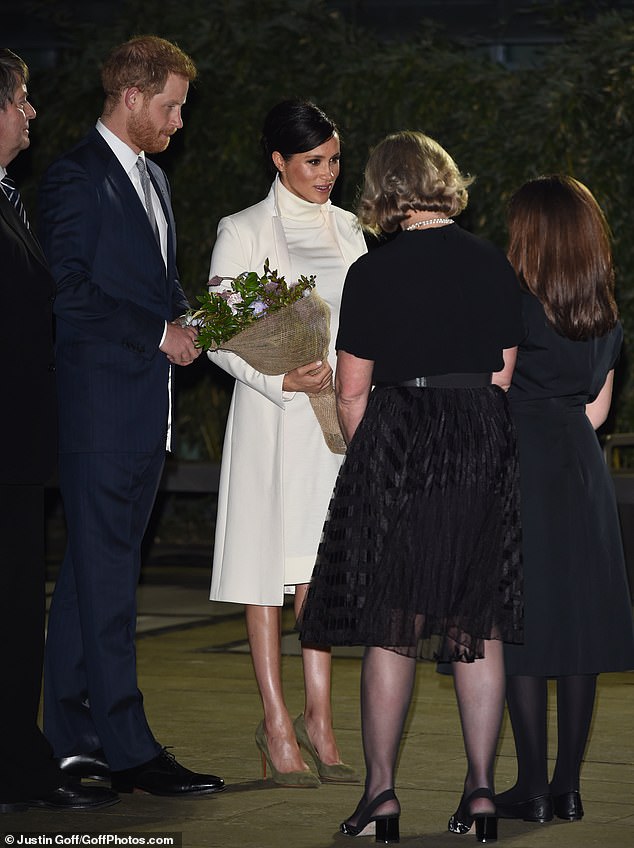 Meghan, 37, was joined by husband Prince Harry, who looked smart in a classic dark blue suit, as they arrived at the Natural History Museum for a gala performance of theatre production The Wider Earth 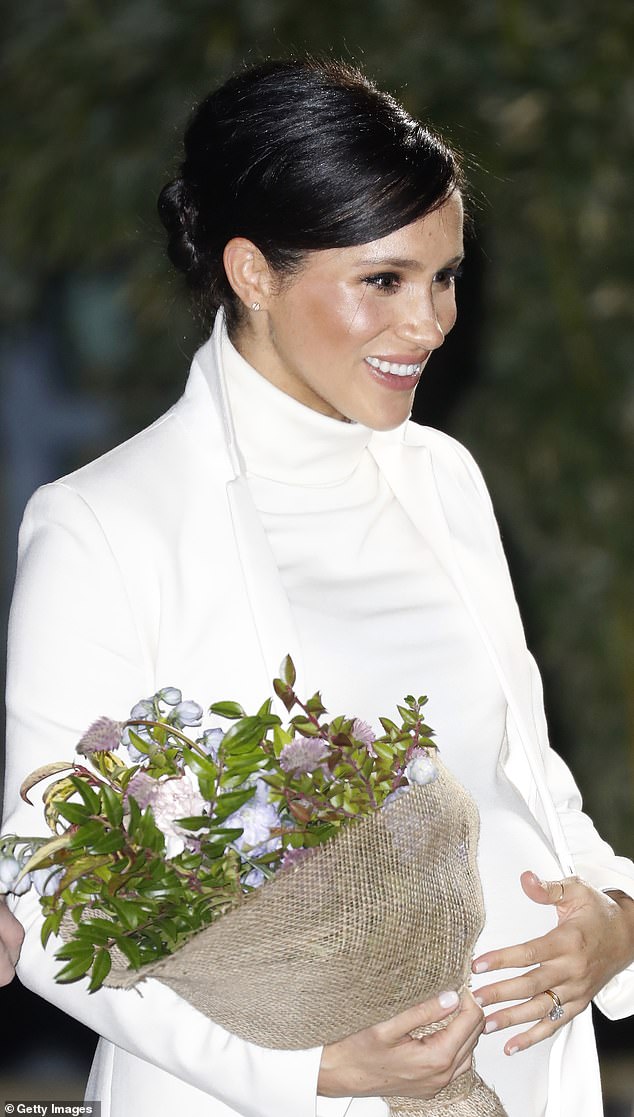 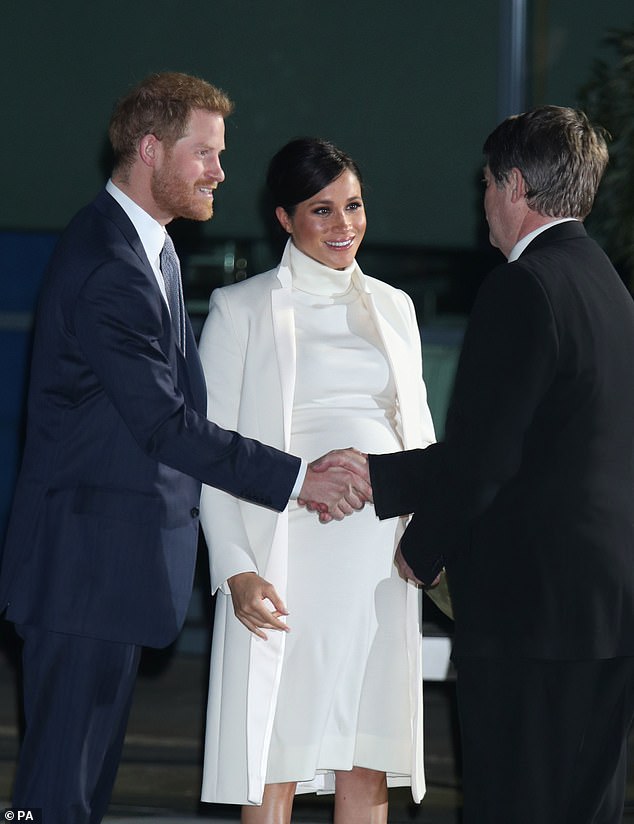 With the Amanda Wakeley ‘Crombie’ Coat worn at the Commonwealth Celebration Service in 2018, while she wore her Ralph Lauren Olive Green Heels and clutch at Prince Louis christening.

As the arrived at the Natural History Museum tonight they stopped to talk to those involved in the theatre production, presenting her with flowers.

The Wider Earth is a theatre production about a young Charles Darwin’s expedition on HMS Beagle, written by David Morton.

The performance is being held to celebrate the 210th birthday of Charles Darwin, and will be hosted by Julia Bradbury. 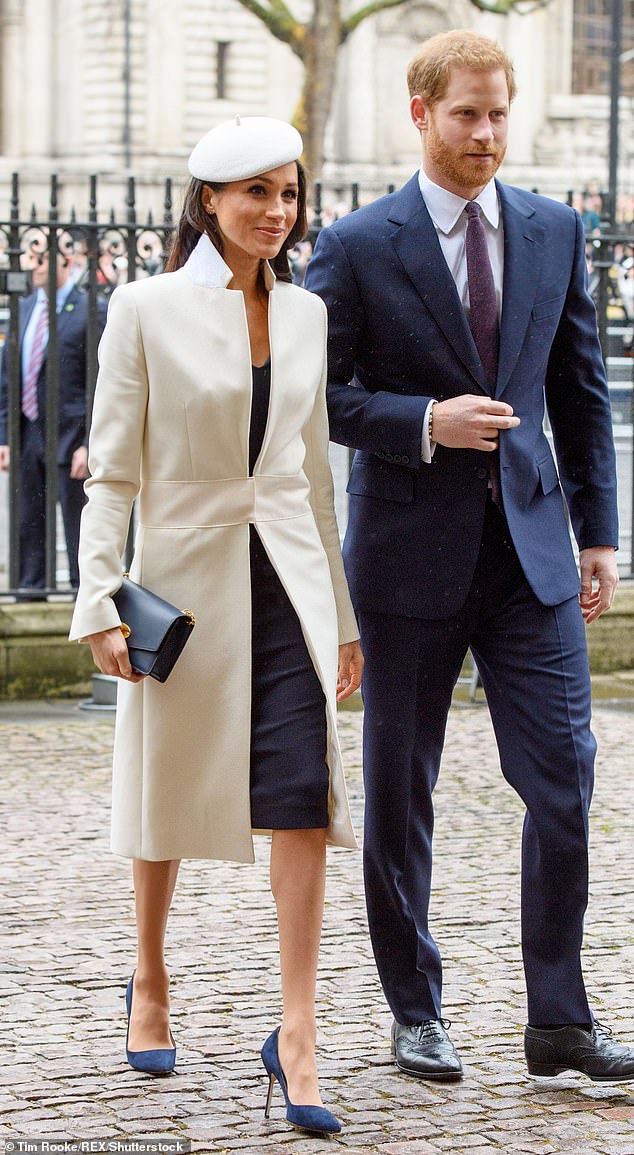 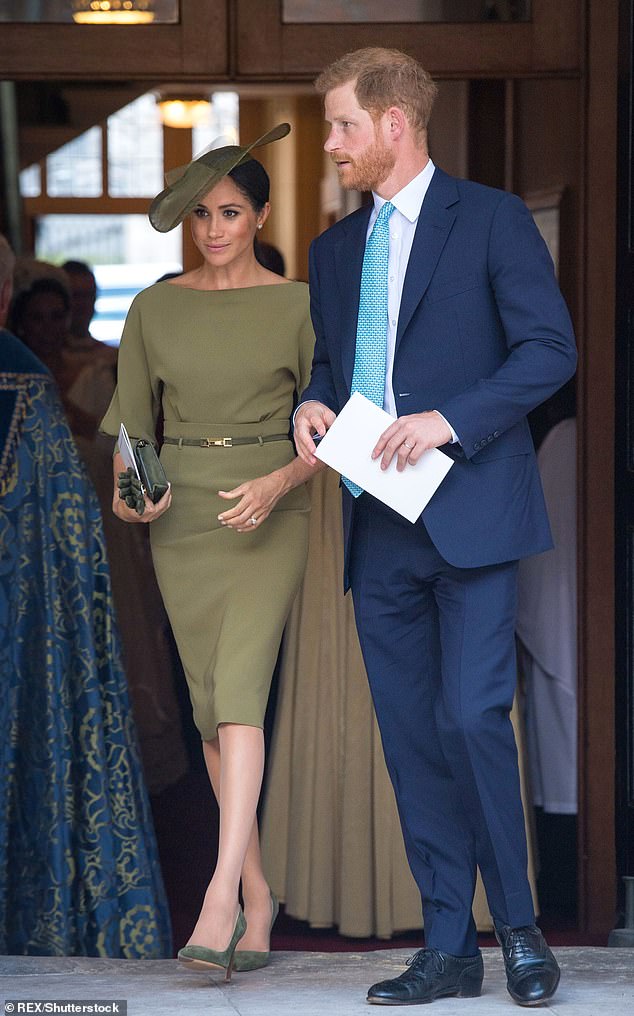 The Duke and Duchess of Sussex attended the gala performance as His Royal Highness is President of the QCT.

The Queen’s Commonwealth Canopy is a unique network of forest conservation initiatives that marks Her Majesty The Queen’s service to the Commonwealth and conserves indigenous forests across the globe.

During their tour of Australia, New Zealand, Fiji and Tonga, Meghan and Harry unveiled six dedications to The Queen’s Commonwealth Canopy (QCC) and welcomed commitment to the initiative by its latest member, Kiribati.