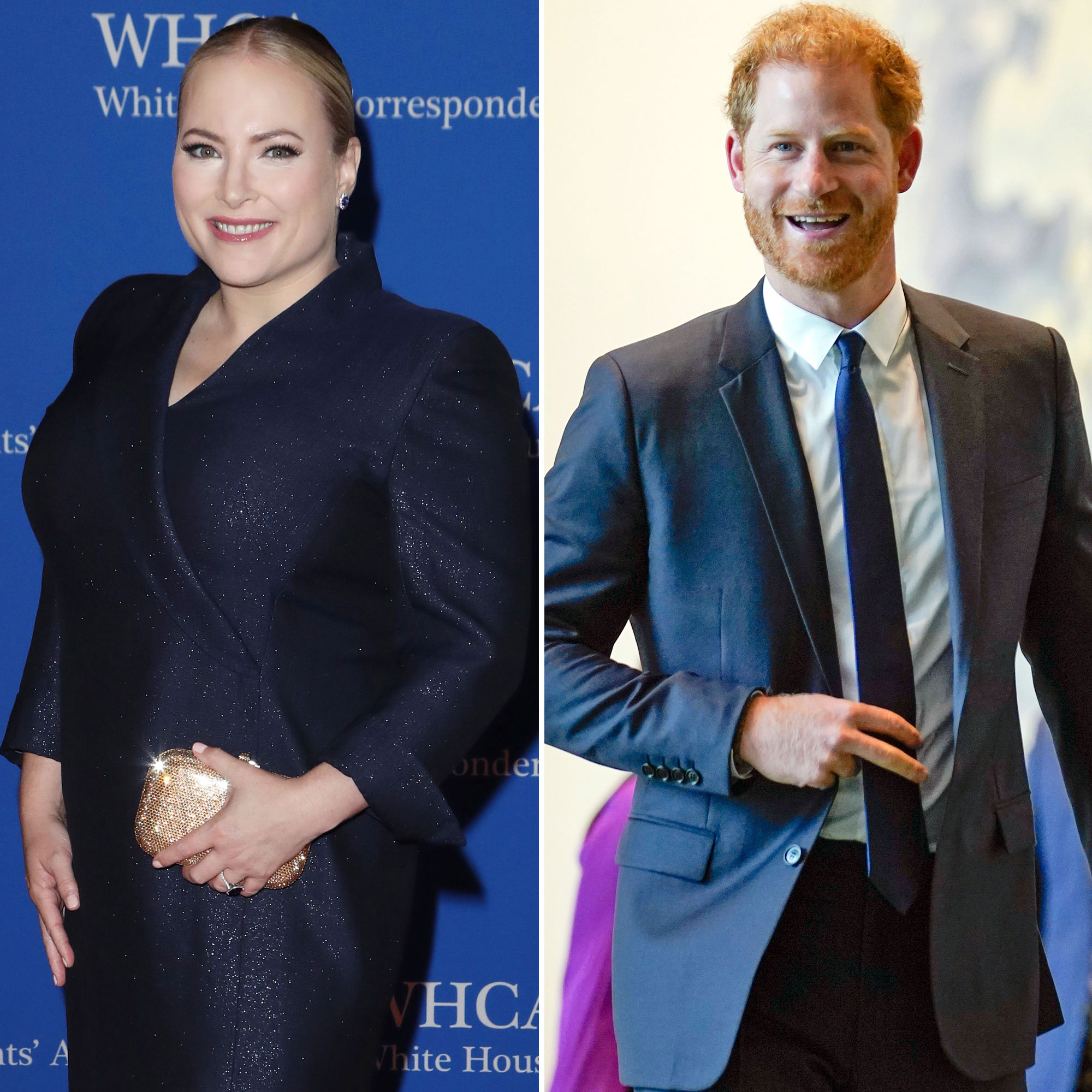 The former View cohost, 37, penned a lengthy op-ed for the Daily Mail after the Duke of Sussex, also 37, spoke at the U.N. to commemorate Nelson Mandela International Day on Monday, July 18. In his speech, the U.K. native referenced a number of issues, from climate change — which he argued is “wreaking havoc on our planet” — to the spread of disinformation amid the COVID-19 pandemic. Harry also compared battles for equality abroad and at home, seemingly referring to the reversal of Roe v. Wade by the U.S. Supreme Court.

“From the horrific war in Ukraine to the rolling back of constitutional rights here in the United States, we are witnessing a global assault on democracy and freedom — the cause of Mandela’s life,” he said.

Following the Archewell cofounder’s address, McCain slammed his “wildly insulting” point of view in her latest column. “What is Prince Harry doing?” she wrote on Monday, calling Harry “woke” on more than one occasion. “I mean, what is Prince Harry ever doing, but really what was he doing this morning?”

The Arizona native argued Harry’s speech was “rambling” and “unfocused,” arguing that the BetterUp CIO “exhibited a complete misunderstanding of the civic life of the country in which he now lives.” Harry and his wife, Meghan Markle, settled down in the U.S. following their 2020 step down from their senior royal duties. The couple reside in Montecito, California, with son Archie, 3, and daughter Lilibet, 13 months.

“It is hard for me to understand why anyone should care what the Duke of Sussex thinks – let alone what he thinks about America,” McCain continued. “He has lived here all of 20 minutes, yet he has decided that makes him an expert. … Just because one may disagree with the outcome of a Supreme Court ruling, does not make it a threat to democracy. If Harry ever voted in an U.S. election, maybe he would have known that. But of course, he hasn’t because he is not a citizen.”

As she continued to clap back against the duke, who “chose to seek woke-asylum here” after leaving the royal spotlight, the Bad Republican author made her distaste for Harry’s remarks clear. “Maybe he needs reminding that he is a guest here and not a guest who has been universally embraced by the American public,” she wrote. “So here goes: This is not your home country. In fact, my country went to war against yours so that we’d never have to be subject to a royal lecture ever again. … If it is so terrible here and our Constitution is so terrible, feel free to leave.”

Meghan Markle and Prince Harry’s Charity Work Through the Years

While he spoke about a few tough topics during the event on Monday, the activist also got sentimental about his relationship with the Suits alum, 40, and the legacy of his late mother, Princess Diana, who died in 1997.

“Since I first visited Africa at 13 years old, I’ve always found hope on the continent. In fact, for most of my life, it has been my lifeline, a place where I have found peace and healing time and time again,” Harry said in the U.N. General Assembly Hall. “It’s where I’ve felt closest to my mother and sought solace after she died, and where I knew I had found a soulmate in my wife. And it’s why so much of my work is based there.”

The Manhattan event marked the first time the Sussexes returned to NYC since September 2021, when they attended Global Citizen Live in Central Park. During the festival, the pair spoke passionately about their philanthropic efforts and the importance of staying strong amid the coronavirus crisis.

“There’s so much that we can do today, now, that can get us closer to ending this pandemic and that’s why we’re all here,” Meghan told the crowd. “We’re able to be here tonight because the most brilliant scientists, researchers, frontline workers and selfless public health leaders have risked their lives to protect our global community. They are our humanitarian heroes.”