Finding a support system. Meghan Markle opened up about how her husband, Prince Harry, saved her when her mental health was at an all-time low.

“I mean, I think at my worst point, being finally connected to someone that [helped]. You know, my husband had found a referral for me to call. And I called this woman,” the Duchess of Sussex, 41, explained during the Tuesday, October 11, episode of her “Archetypes” podcast. “She didn’t know I was even calling her.” 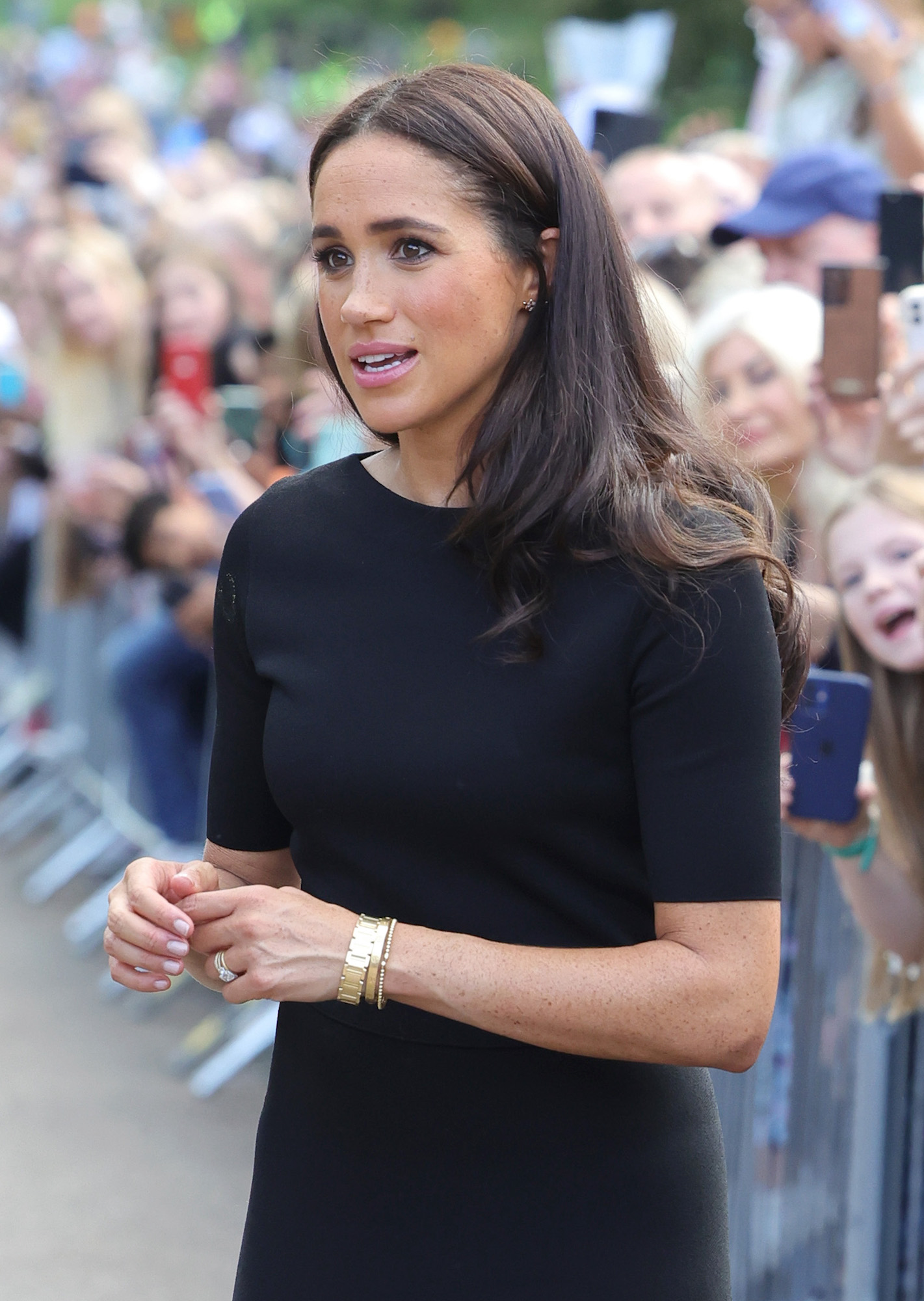 Meghan continued: “She was checking out at the grocery store. I could hear the little beep, beep, and I was like, ‘Hi,’and I’m introducing myself. You can literally [hear her] going, ‘Wait, sorry. I’m just [confused]. Who is this?’ [I was saying] I need help and she could hear the dire state that I was in.”

The former Suits star added that she feels it’s important for “all of us to be really honest about what it is that [we] need” when it comes to mental health. “And [it’s important] to not be afraid to make peace with that, to ask for it,” she said.

The California native has previously opened up about the way heightened attention from the British press and public scrutiny of her relationship with the Duke of Sussex, 38, affected her mental health. “I just didn’t see a solution. I would sit up at night, and I was just, like, I don’t understand how all of this is being churned out,” the Bench author revealed during a tell-all interview with CBS in March 2021, after admitting that she considered suicide at one point before stepping down from her senior royal duties. “I realized that it was all happening just because I was breathing.”

She continued: “I was really ashamed to say it at the time and ashamed to have to admit it to Harry, especially, because I know how much loss he’s suffered. But I knew that if I didn’t say it, that I would do it. I just didn’t want to be alive anymore. And that was a very clear and real and frightening constant thought.”

At the time, Meghan claimed that despite reaching out to “the institution” of the royal family for help, she was unable to get the assistance she needed. “I said that I’ve never felt this way before, and I need to go somewhere. And I was told that I couldn’t, that it wouldn’t be good for the institution,” she recalled, adding that she also went to the palace’s HR department but was allegedly turned away. “They said, ‘My heart goes out to you, but there’s nothing we can do to protect you because you’re not a paid employee of the institution.”

Harry has also been candid about his own mental health struggles, claiming in May 2021 that he was discouraged from seeing a therapist for most of his life. “I wasn’t in an environment where it was encouraged to talk about it … and that was sort of, like, squashed,” the former military pilot said in an episode of his AppleTV+ series, The Me You Can’t See. “For many, many years I didn’t even think about it. It wasn’t like I was holding onto it. I was unaware of it. I always wanted to be normal as opposed to Prince Harry, just being Harry.”

Where Do Harry and Meghan Stand With the Rest of the Royal Family?

Harry credited his now-wife for being the inspiration he needed to begin therapy in 2017. “I quickly established that if this relationship was going to work, that I was going to have to deal with my past because there was anger there and it wasn’t anger at her. It was just anger and she recognized it. She saw it,” he explained at the time. “So how do I fix this? And it was a case of, ‘You need to go back to the past, go back to the point of trauma, deal with it, process it and then move forward.’”

If you or someone you know is in emotional distress or considering suicide, call the National Suicide Prevention Lifeline at 1-800-273-TALK (8255).