Prince Harry, Meghan and kids to attend Jubilee celebration — but not with the Queen

Polka dots and polo are always a winning combination.

It was a glamorous Sunday for Meghan Markle when she stepped out to support her husband Prince Harry at the Santa Barbara Polo & Racquet Club wearing an outfit that was reminiscent of Julia Roberts’ iconic “Pretty Woman” moment, also at a polo match.

Wearing a black polka-dotted tie-neck blouse and flowy white Khaite shorts, paired with a belt from the same brand ($480), the Duchess of Sussex cheered for Harry’s Los Padres team.

Markle upped the glam factor with bold red lipstick, an oversized black hat, Valentino shades ($302) and one of her favorite pairs of Aquazurra heels, adding a Cartier “Love” bracelet ($6,900) and the brand’s tank watch ($24,300). 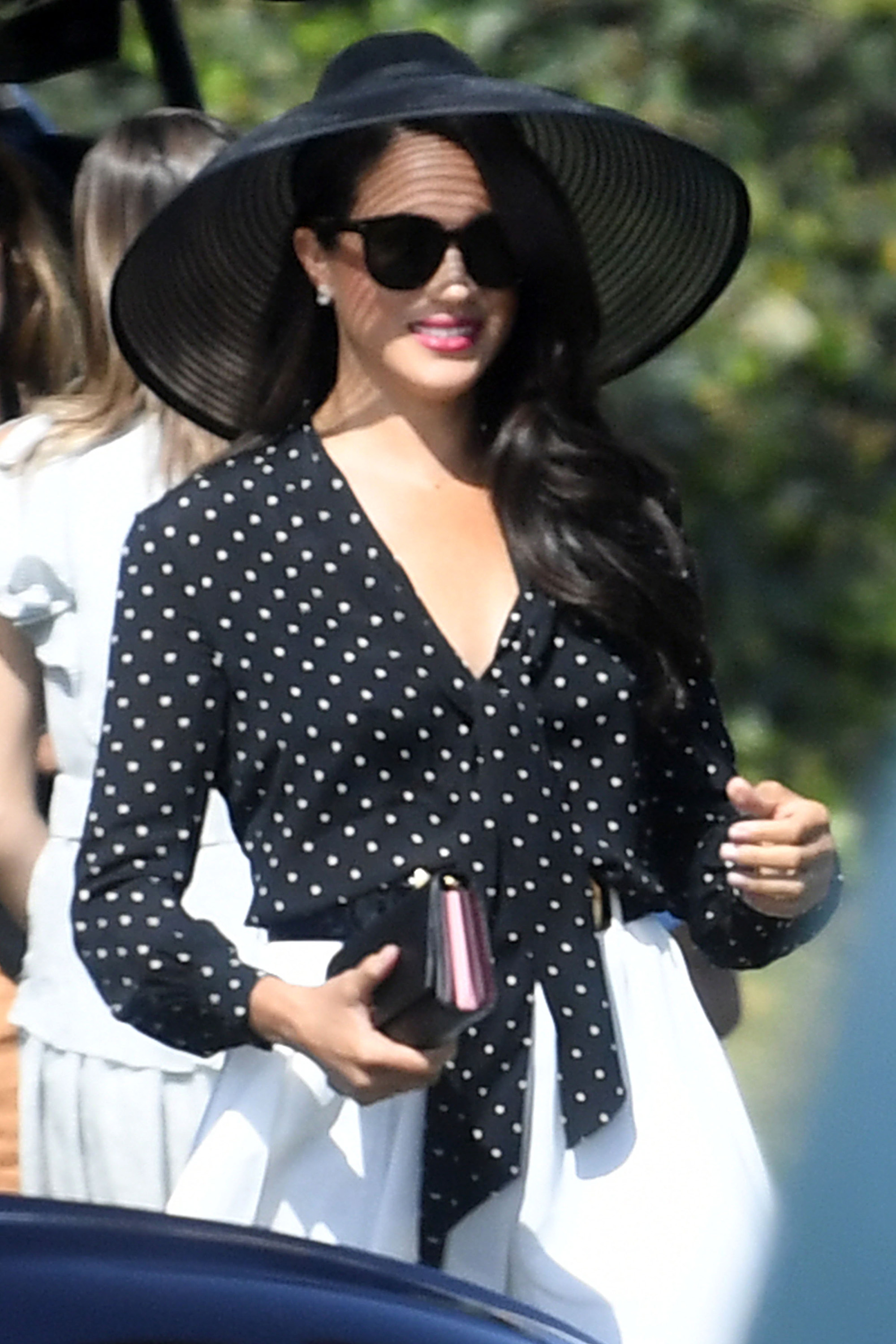 Markle, 40, wowed royal fans with her ensemble, which was a departure from the more casual looks she’s been spotted in while attending Harry’s matches.

Earlier this month, the royal paired black shorts with a striped blouse by Celine, and she wore $179 white denim Frame shorts to a match later in May along with an oversized white button-up. 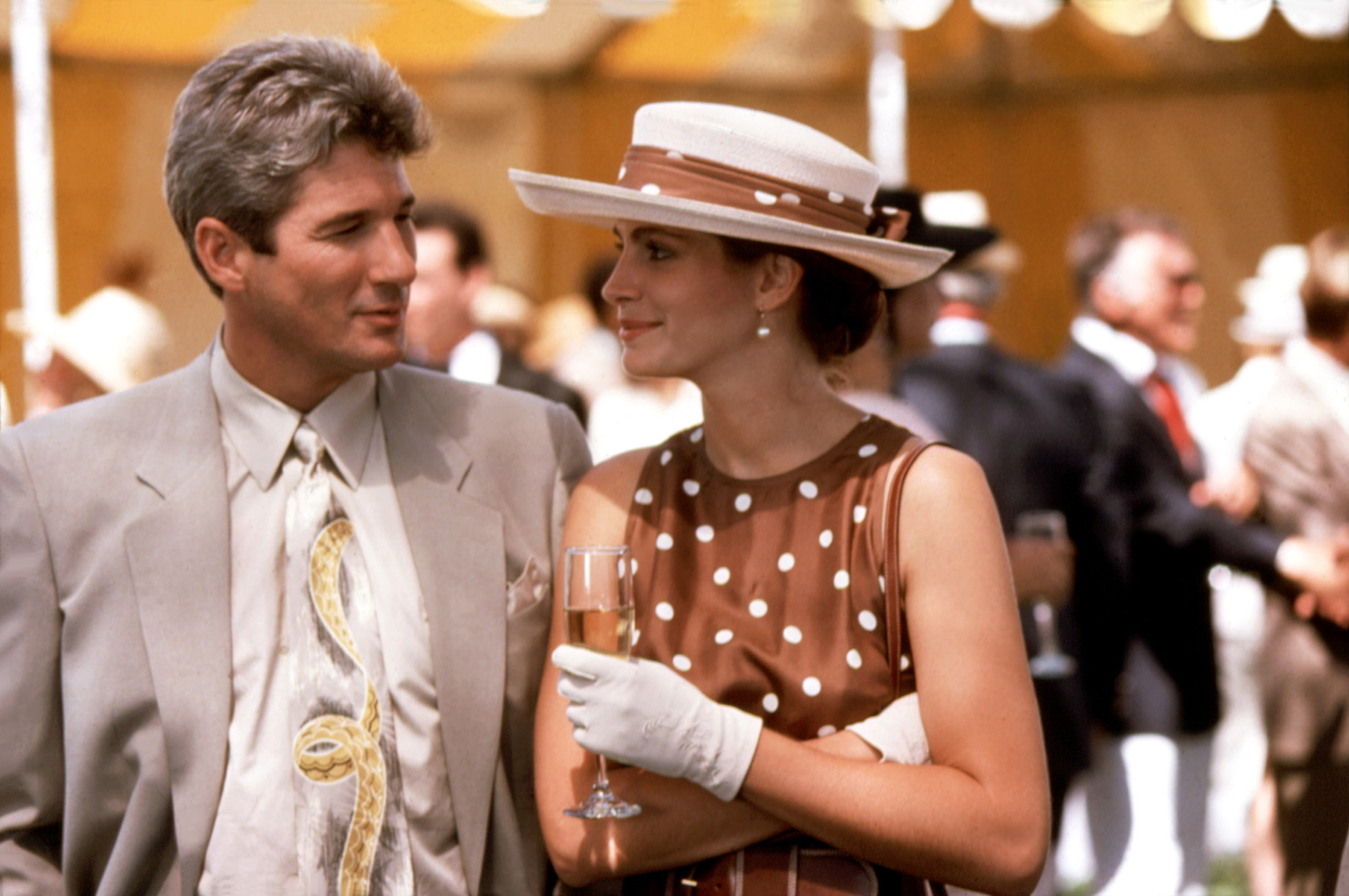 Besides Julia Roberts, the duchess’s spotted outfit is reminiscent of another famous polo look: Princess Diana wore a black-and-white polka-dotted dress as she presented a polo trophy to Prince Charles at a 1987 match.

Similarly, Markle — who celebrated four years of marriage with Prince Harry on May 19 — shared a rare public kiss with her husband as she presented Prince Harry’s team with the winning trophy. 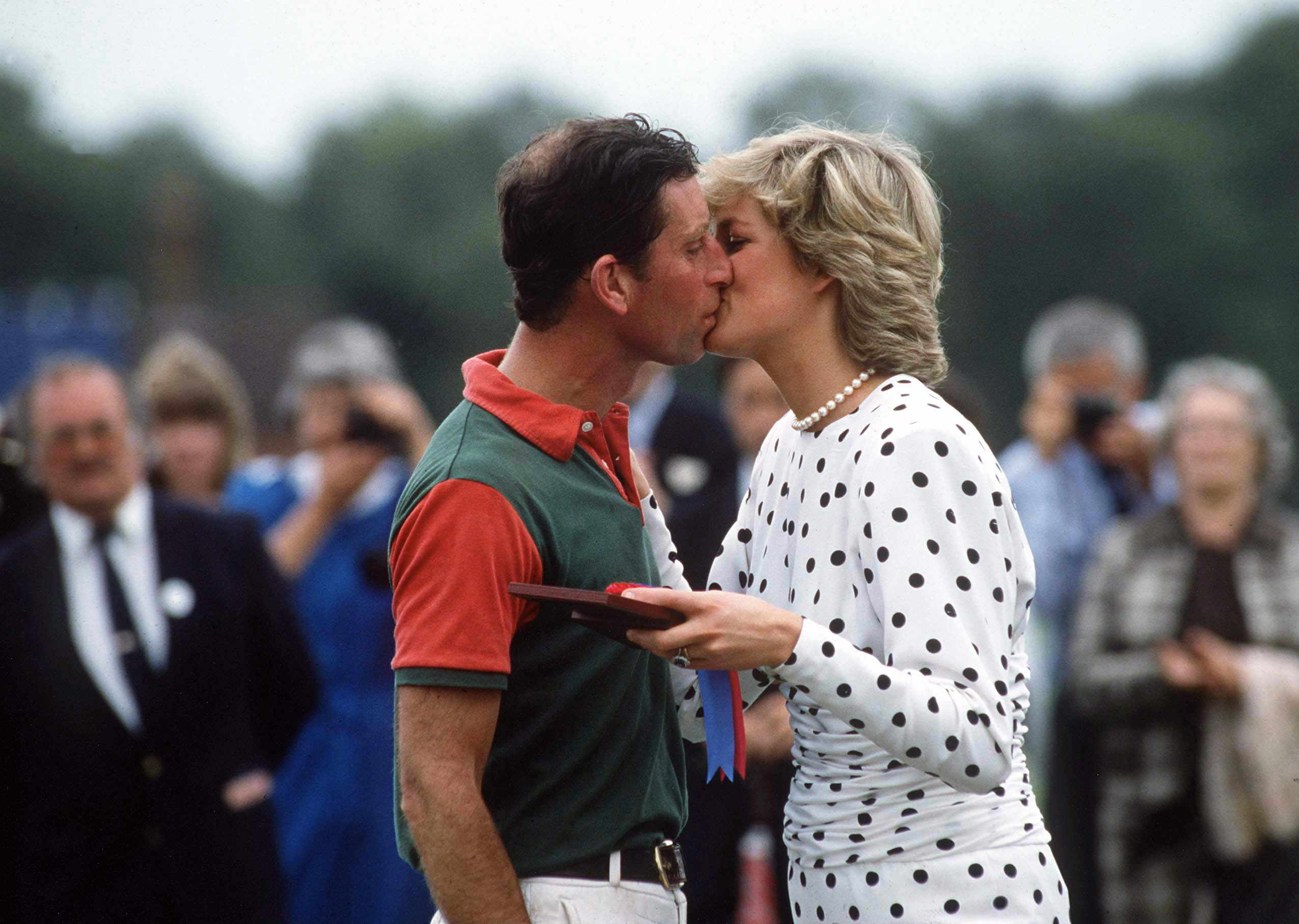 Expect some more fabulous fashion from Meghan next week as she travels to London with Prince Harry, Archie and Lilibet for the Queen’s Platinum Jubilee celebrations.