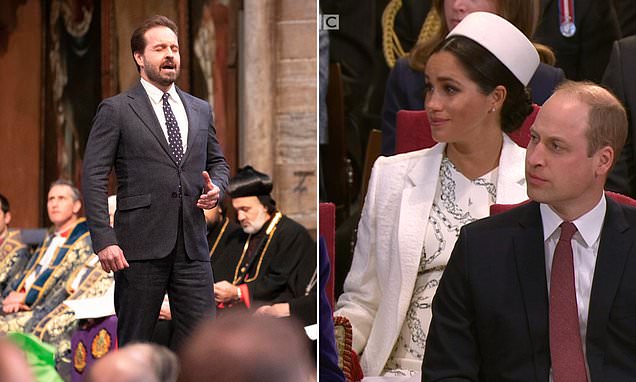 Something in your eye, Meghan? Moment Duchess appeared to fight back TEARS during Alfie Boe’s rousing rendition of Snow Patrol ballad at Westminster Abbey

A visibly emotional Duchess of Sussex appeared to fight back tears as she watched a rousing musical performance from Alfie Boe.

Meghan, 37, looked tearful as she listened to the English tenor’s a capella rendition of Snow Patrol’s Run during Monday’s Commonwealth service at Westminster Abbey.

As fellow audience members, including the Duke and Duchess of Cambridge and Prince Andrew looked on impassively, Meghan looked visibly moved as she blinked and sniffed her way through the musical performance in footage captured by the BBC.

Meghan, who is eight months pregnant, also watched performances from Clean Bandit and the B Positive choir during yesterday’s Commonwealth Day service of celebration. 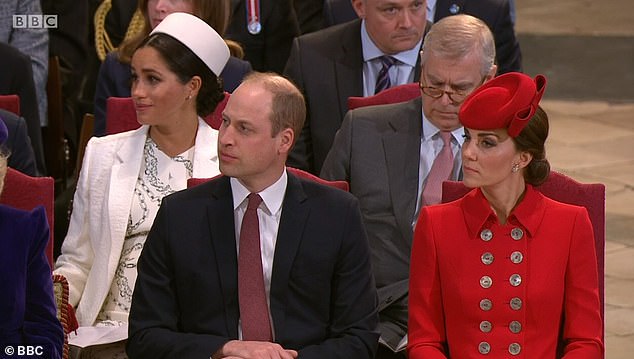 This is the moment Meghan, 37, appeared tearful as she listened to Alfie Boe’s a capella rendition of Snow Patrol’s Run during Monday’s Commonwealth service at Westminster Abbey 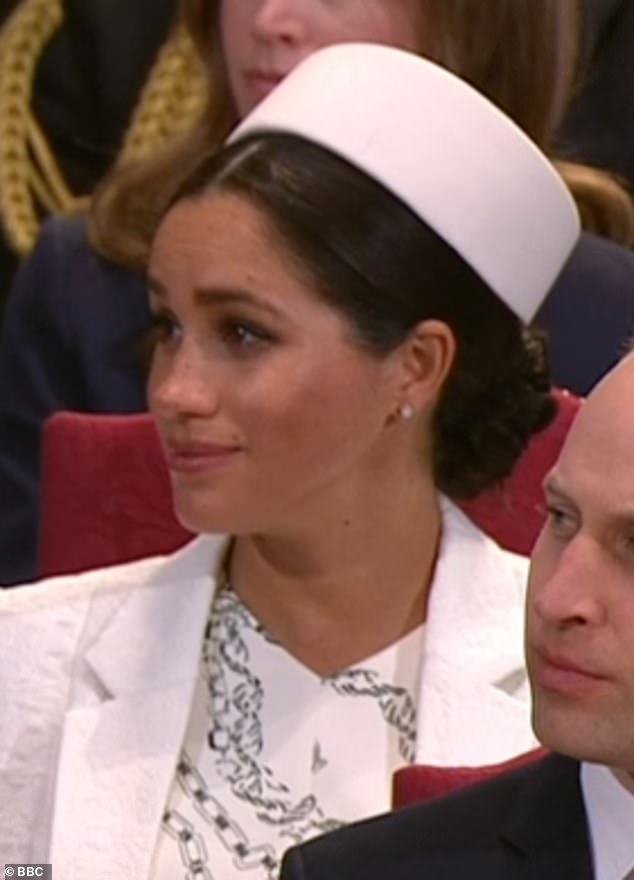 She was seated behind Prince William during the event 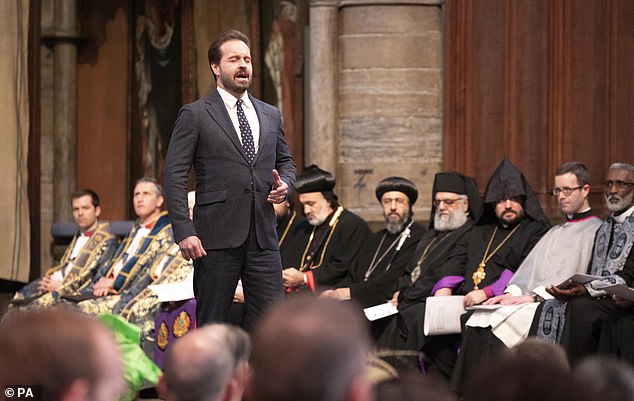 The royals also enjoyed performances from the Dhol Foundation drummers and William Barton on the didgeridoo.

A self-confessed music lover, Meghan picked the Kingdom Choir to perform at her May 2018 wedding to Prince Harry at Windsor Castle and has previously spoken about her feel-good tunes of choice.

Writing on her now-defunct website, The Tig, in 2017 she shared a list of indie tracks which she called songs for ‘positive vibes’ to help her readers beat the ‘daily rigmarole of winter blues’ – including artists such as Crystal Fighters and Maggie Rogers. 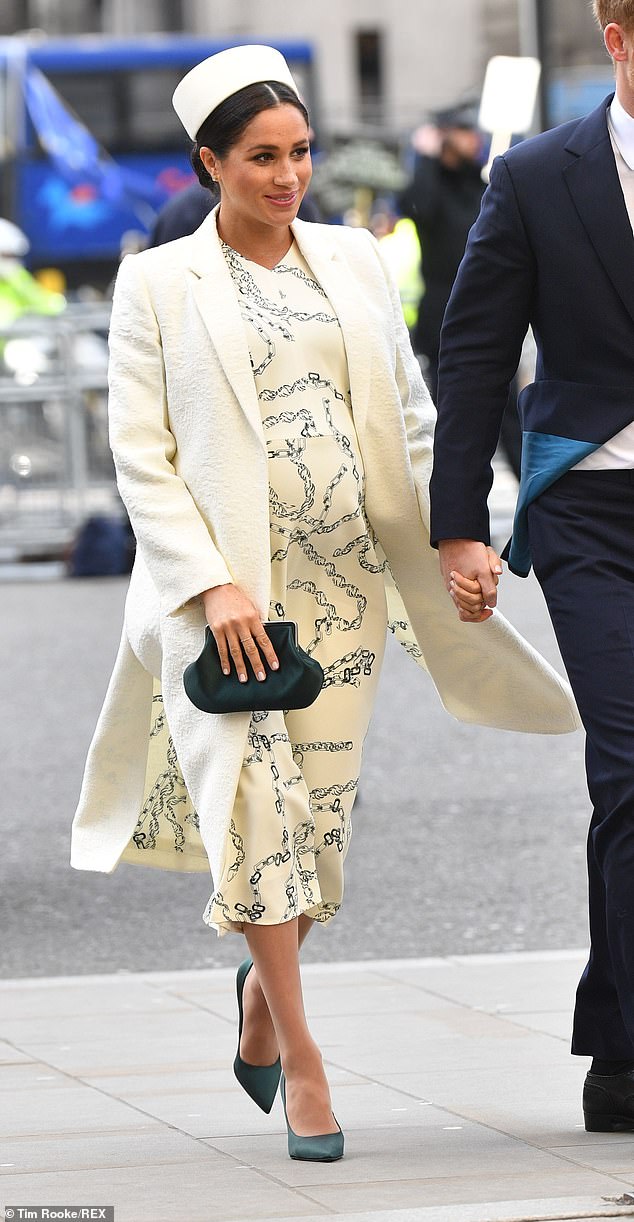 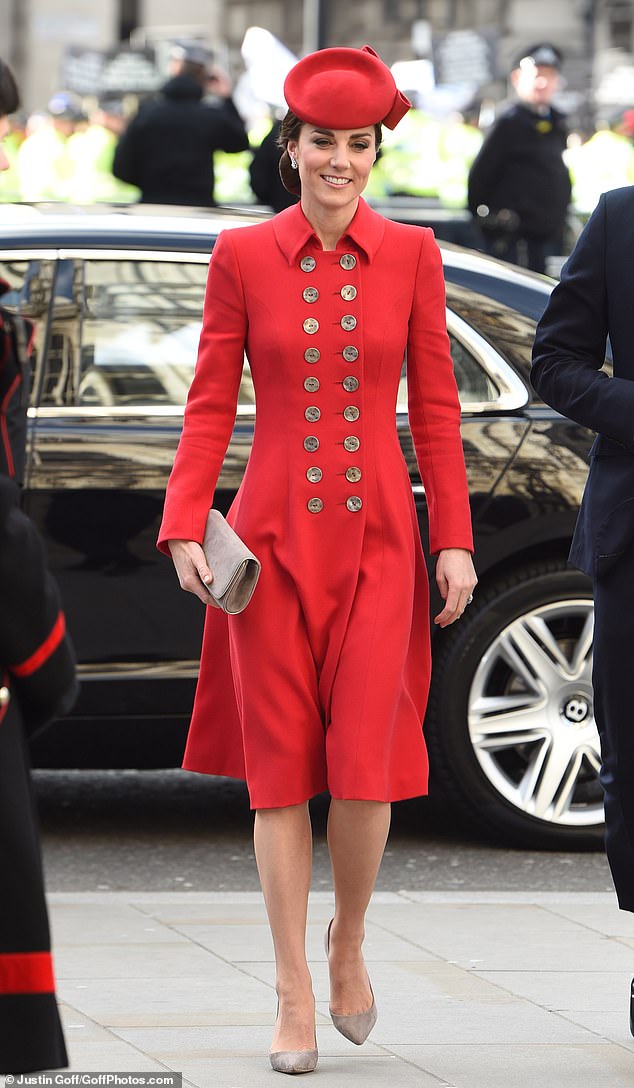 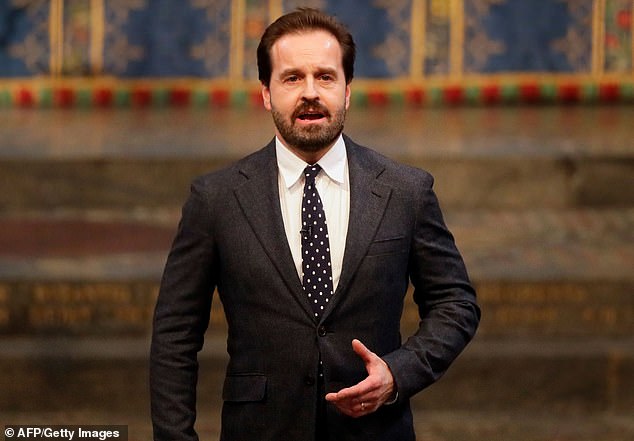 Alfie Boe at Westminster Abbey on Monday. Royals also watched performances from Clean Bandit and the B Positive choir during yesterday’s Commonwealth Day service of celebration 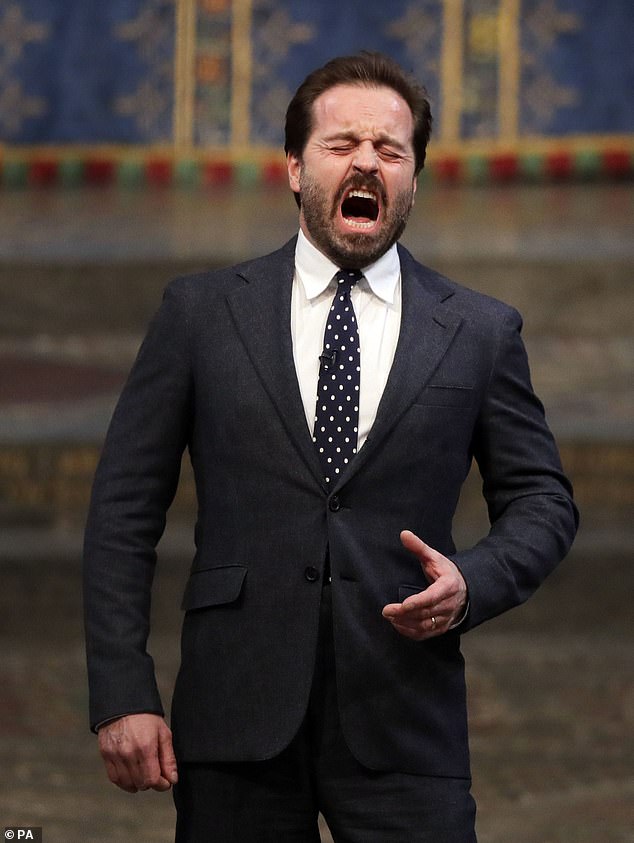 In her list of recommendations Meghan describes the songs are the perfect ‘pick-me-ups’ winter mornings and recommends playing them before leaving the house.

She wrote: ‘Turn these tracks on as you’re getting ready in the morning, when you need a mid-afternoon pick-me-up, or during your next evening celebration.

‘Because when the air is filled with positive vibes, there’s no winter cold that can block out the warmth of happy hearts.’

Other guests among the 2,000-strong congregation included the Commonwealth Secretary-General Baroness Scotland, alongside high commissioners, ambassadors, faith leaders and more than 800 schoolchildren and young people, and Theresa May.

The Commonwealth represents 53 countries and almost 2.4 billion people and 2019 marks its 70th anniversary.