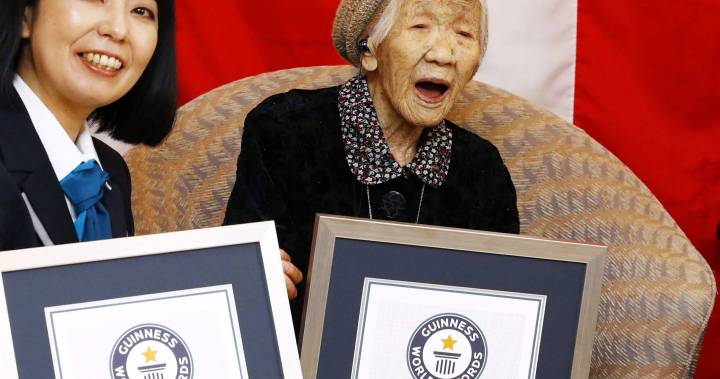 With an affinity for studying mathematics and a fierce competitive streak when it comes to the board game Othello, Kane Tanaka, a 116-year-old Japanese woman, was recognized by Guinness World Records as the world’s oldest living person this week.

The youngest of seven children, Tanaka was born Jan 2, 1903. This past January, she was found to be the world’s oldest living person. Originally from Fukuoka, Japan, Tanaka wakes up at 6 a.m. every day and spends her afternoons challenging (and defeating) members of her nursing home’s staff to games of Othello.

Tanaka and her husband Hideo Tanaka married when she was just 19 years old; they had never met in person. They would go on to have four children and adopt a fifth. Together, the couple ran a business called Tanaka Mochiya, which made and sold sticky rice, Zenzai (a Japanese sweet) and Udon noodles.

Tanaka has had several operations during her lifetime, including one for cataracts and one for colorectal cancer, and now lives in a nursing home in Fukuoka.

During the ceremony, Tanaka was honoured with a framed certificate and a box of chocolates, which she opened and began eating right away.

When asked how many chocolates she planned to eat that day, she said “100.”

Although changing dietary habits mean obesity has been rising, it’s still relatively rare in a nation whose culinary tradition focuses on fish, rice, vegetables and other food low in fat. Age is also traditionally respected in Japan, meaning people stay active into their 80s and beyond.

While Tanaka may take the title of being the oldest living person right now, she’s still six years shy of the record for oldest person ever. That title has been held by France’s Jeanne Lousie Calment for the past 22 years, who died in a nursing home in southern France in 1997 at age 122.

–With a file from the Associated Press.