Basketball superstar Wilson, 24, plays in the WNBA for the Las Vegas Aces and was a three-time SEC Player of the Year winner during her college career with the South Carolina Gamecocks. She’s even been honored with a statue on the campus. The athlete is outspoken on women’s issues and equality for women in sports and beyond. Off of the court, she’s a collector of jewelry like pearls, earrings, and necklaces, in honor of her grandmother and role model Hattie Rakes. Gymnast Biles needs no introduction — she’s won five Olympic medals already, and an impressive 19 gold medals from World Artistic Gymnastics Championships. The first woman to win four straight U.S. all-around titles in over 40 years back in 2016, Biles has become the face of the sport. When she’s not making history on the beam, Biles is sharing sweet moments with her boyfriend Jonathan Owens on Instagram and hanging with her French bulldogs Lilo and Rambo. The 26-year-old rugby player didn’t even begin playing the sport until in college at the University of North Carolina in 2012. Though interested before, she spent her high school years focused on track and field. A supporter of the Girls Rugby organization, Tapper hopes to be a role model for both young women and boys interested in the sport. Dunn, 28, has played with the U.S. Women’s National soccer team on-and-off since 2013 and helped the team win the 2019 Women’s World Cup. The soccer champion plays multiple positions for her current club, the North Carolina Courage. Dunn joined her national team teammates in pushing for pay equity, and previously told PEOPLE, “We feel like as athletes we don’t just kick a ball for a living. We’re human beings, we have feelings and we have a way that we want to live life.” Manuel became the first Black female swimmer to win an Olympic gold medal for the U.S. when she won the 100m freestyle at the 2016 Games in Rio. This summer, the 24-year-old will have the chance to win six gold medals for short sprints and make history once again as the first American woman to do so. Last year, she told PEOPLE that the delay of the games “allowed me to refocus.” Still, as far as training, she noted “the work doesn’t stop.” Track and field icon Felix is already a four-time Olympian at 35 and has won nine Olympic medals. The Games will be her first since becoming a mom to daughter Camryn, who was born in 2018. Felix told PEOPLE in December that the pandemic has forced her to “get creative” with her training for the Games. “I’ve trained at parks and in the street and kind of empty baseball fields,” she explained. Thirty-one-year-old track and field athlete Muhammad has twice set the world record in 400m hurtles, and won the gold medal for the event at the Rio Olympics back in 2016. With the win, she secured the United States’ first-ever Olympic title in the event. The talented athlete spent years competing without a sponsor, even buying her own running clothes at discount retailers before breaking through at the 2013 World Athletics Championships. Harrison is a hurdler who broke a 28-year-old world record in the 100m hurtles back in 2016. One of 11 children, Harrison was always a skilled athlete — playing soccer and competitive cheerleading before getting into track. Once told she was “too short” to hurdle, Harrison, 28, has continually proved the naysayers wrong. The track & field Paralympic athlete, 24, is already a two-time gold medalist in the 100m and 200m events. Young was born with a brachial plexus injury that caused nerve damage and limited mobility to her right shoulder. She first started competing in high school and has been candid about struggling with her mental health and a previous suicide attempt. “What got me through was focusing on my love for athletics,” she previously told the International Paralympic Committee. Water polo’s Johnson, 26, already has an Olympic gold medal under her belt from the 2016 Olympics. Before finding success professionally, Johnson played water polo at Princeton University. The athlete is the first African American woman to compete for the U.S. on the Olympic stage in water polo, and previously told PEOPLE, “It’s been a huge honor and responsibility for me to represent Black women in our sport, be an advocate for Black women in our sport and also drive to bring more people of color into our sport.” Sitting volleyball player Nieves, 31, won the team gold medal at the 2016 Paralympics in Rio. In addition to competing, she gives back to others with physical disabilities by working at a camp called NubAbility Athletics teaching sports to children ages 5-18 in the summers. She also founded Limitless People Inc., where she works with limb different and able-bodied children to learn to play volleyball. At only 23, Cunningham is already a sports legacy. The daughter of Philadelphia Eagles quarterback Randall Cunningham, she competed as a teen in the 2016 Rio Olympics, becoming the youngest track and field athlete from the U.S. to qualify for the Games since 1980. In addition to the high jump, Cunningham loves photography and fashion — particularly, scoring a good deal at the thrift store.

‘Drivers License’ Is a Runaway Hit. See How Olivia Rodrigo Made Her No. 1 Song. 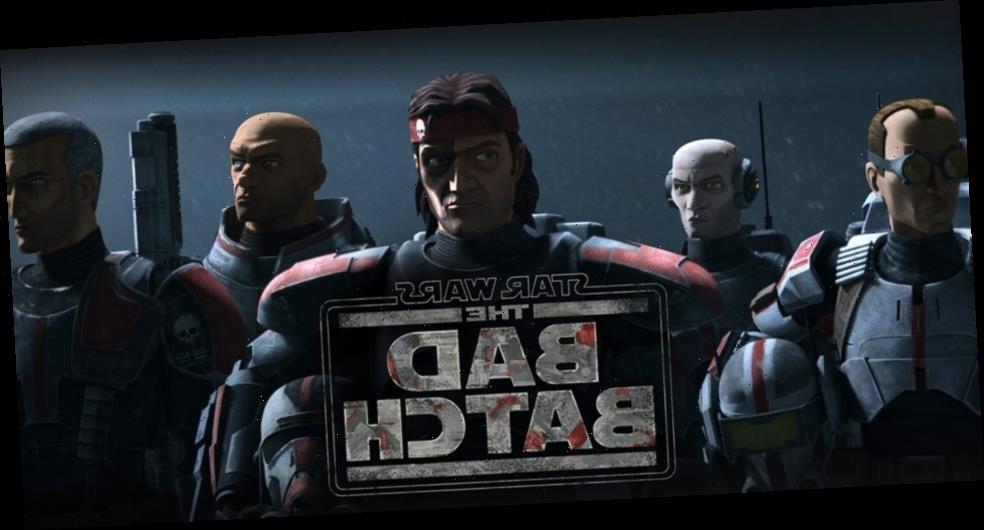 'Star Wars: The Bad Batch' Launches on Disney+ on May 4
Celebrities