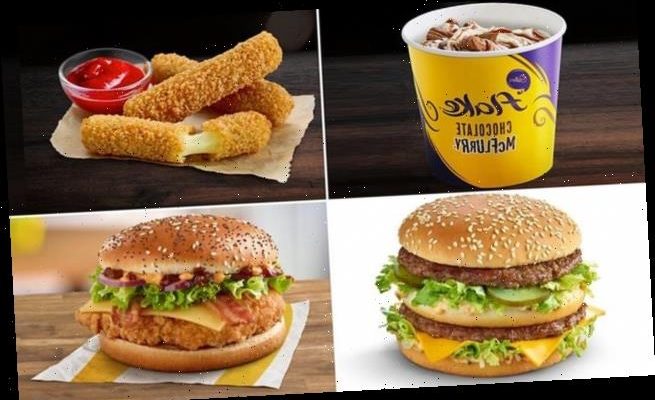 McDonald’s fans have something to celebrate amid the later winter gloom, with five favourites returning to the menu for a limited time, including the Grand Big Mac.

Restaurants around the UK will be serving the new and returning items for six weeks, from 10th February to 23rd March, via partner delivery services or drive-thrus.

The Homestyle Crispy Chicken is the only new item on the menu, while Mozzarella Dippers are set to make a return, along with the Flake McFlurry and the Flake Raspberry McFlurry.

Diners will also be able to get their orders delivered free from Just Eat, which has just announce the promotion running until 31st March, for a minimum spend of £5. 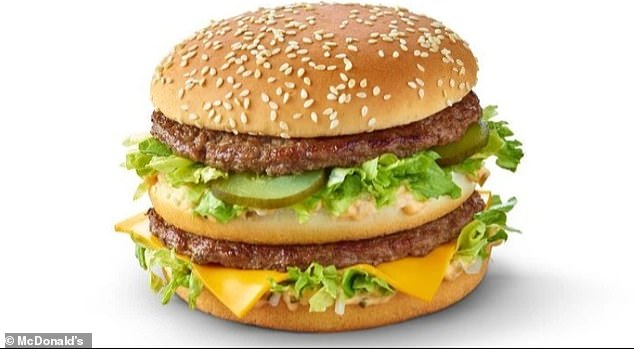 McDonald’s UK have announced the Grand Big Mac, pictured,  is set to return to the fast-food restaurant menu for six weeks from February 10 to March 23, but will cost £1 more than it did in January 2020 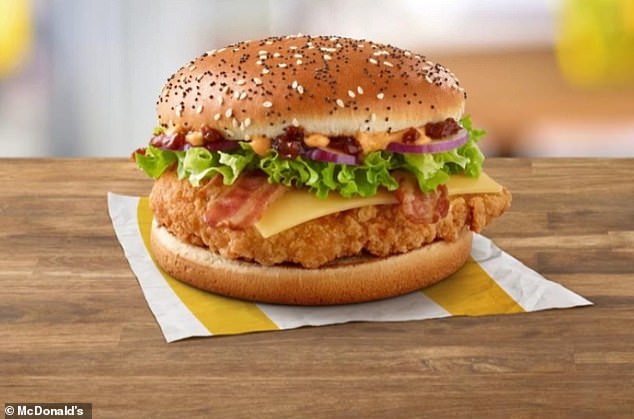 The only new addition to the Winter menu is the The Homestyle Crispy Chicken, which will cost £6.09 for a medium meal deal (pictured)

The 731-calorie Grand Big Mac has the same ingredients as a regular Big Mac – two beef patties, and a special sauce with lettuce, cheese, pickles, and onions sandwiched between a three sesame seed buns – but the patties and buns are bigger in size.

By comparison, a regular Big Mac has 508 calories.

The Grand Big Mac was last on the menu in January 2020, following calls from fans to bring it back after it was introduced in 2019.

The Homestyle Crispy Chicken is the only new product on the menu and is made of a slice of chicken breast in a crispy coating, covered with a spicy mayo and caramelised onion compote with lettuce, bacon, red onion and cheese. 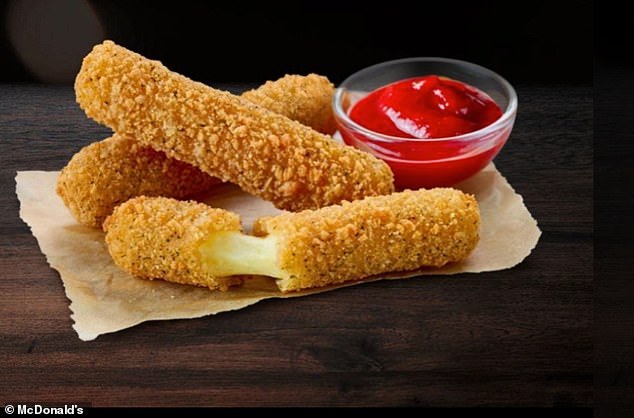 Mozzarella dippers are also being brought back. A box of three will cost £1.89, while a box of nine will set you back £5.09 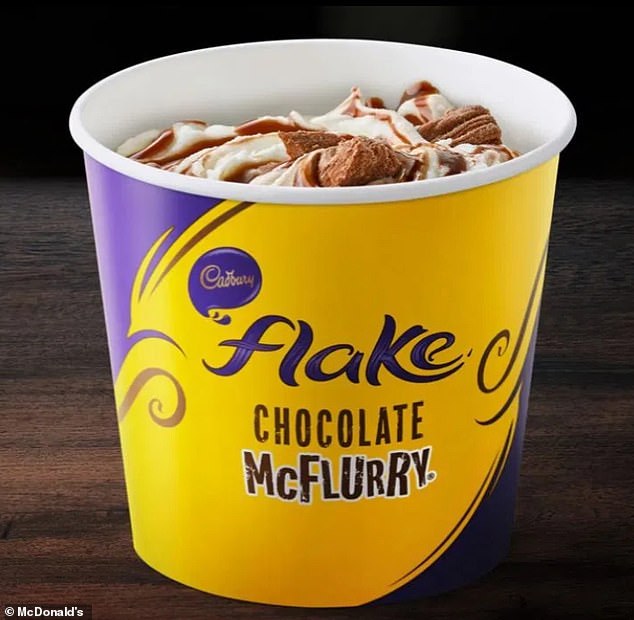 The Flake McFlurry, pictured, and the Flake Raspberry McFlurry are also returning to the menu and will cost 99p for a mini and £1.39 for a regular size

The new burger will cost £6.09 for a medium-sized meal deal.

What’s new on the McDonald’s menu?

Three other treats are making a return, with the savoury Mozarella Dippers being added back to the menu, costing £1.89 for a box of three, or £5.09 for nine dippers.

Dessert-wise, the McFlurry Flake and McFlurry Raspberry Flake are also making a comeback, both costing 99p for mini size and £1.39 for a regular size.

New items on the McDonald’s menu will be available from February 10 to March 23.

Food delivery service Just East has announced that it won’t charge a delivery fee on  McDonald’s orders over £5 from now until 31st March.

The offer is exclusive to Just Eat and no code is required to benefit from the promo, as long as you order a minimum of £5 and do it on the Just Eat App.

Just Eat has also announced its’ slashing delivery fees on other fast-food-favourites to just £1.99 when spending £5, including Burger King, KFC, Greggs, Subway, Pret and Starbucks.

Andrew Kenny, UK Managing Director at Just Eat said: ‘We know the last few months have been tough for our customers, so Just Eat is delighted to be able to deliver some extra joy by partnering with some of their favourite restaurants to offer fantastic delivery discounts for the next two months, making us the best value delivery service in the market.’