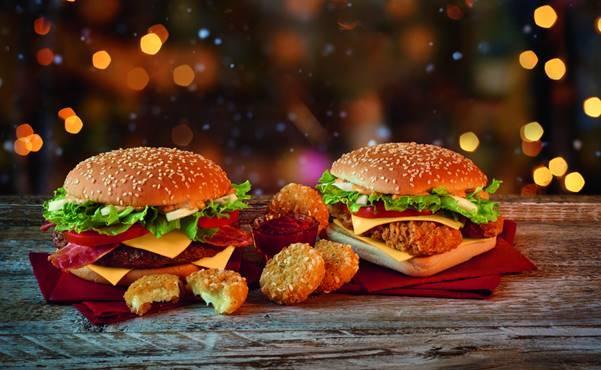 The new burger will be available from tomorrow when the McDonald's festive menu launches, alongside the original Big Tasty and gooey cheese melt dippers. 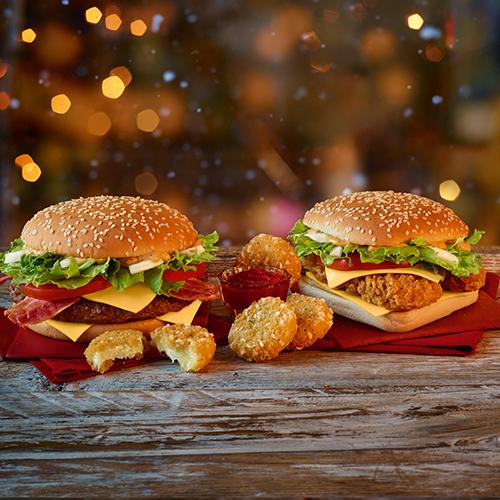 It's the first time there's been a chicken version of the very popular Big Tasty burger.

Fans go wild for the limited-edition whenever it appears in branches, especially as it's only available a few times a year.

Now there's a new version – and it's expected to be just as popular.

The Chicken Big Tasty contains two crispy Chicken Selects instead of a beef patty but otherwise both burgers contain onions, lettuce, tomato, and two Emmental cheese slices in a square bun – as well as the special Big Tasty burger sauce. 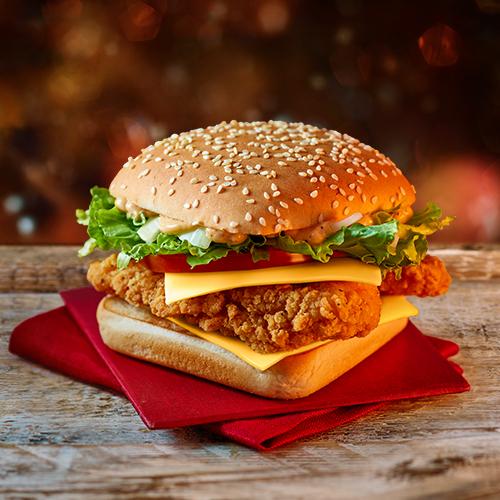 The beef Big Tasty is more expensive at £4.29 compared to £3.99 for the chicken version on its own though, so that's worth bearing in mind.

Fans can order both burgers with an extra slice of bacon too, which costs 40p more.

Also on the festive menu are cheese melt dippers, which are made with melting Camembert cheese and come with a "tangy" tomato dip.

They'll set you back £1.69 – the same price as its nacho cheese wedges which will be replaced by the dippers.

The Big Tasty returned to branches a couple of weeks ago but it was only supposed to come back for two weeks.

What's on the McDonald's festive menu this year?

Now the fast food chain has decided to keep the Big Tasty burger on the menu for a bit longer alongside a new chicken version – though sadly, they're only set to stay until the end of January.

Both burgers are unsurprisingly not the healthiest items on the menu with the Chicken Big Tasty containing 601 calories and the original Big Tasty packing 799 calories – more than a third of a woman's daily recommended 2,000-calorie intake.

But there are ways to make your meal healthier as McDonald's is also selling bags of carrots it's sweetly calling "Reindeer Treats".

They're the surprising star of McDonald's very popular new Christmas advert, which came out yesterday and shows Santa stocking up on carrots for his reindeer at the fast food chain. 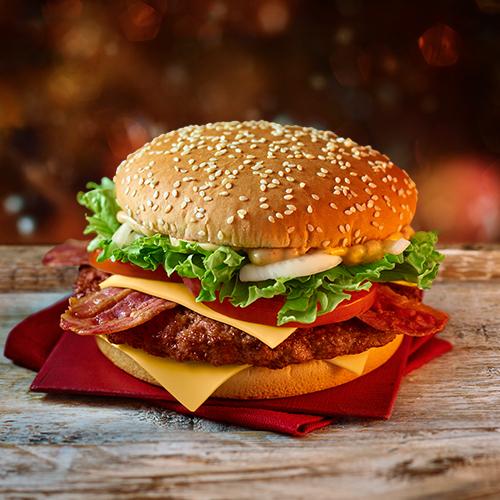 You can order them as a side for 88p or swap them into a children's Happy Meal instead of fries.

Plus, if you go into your local McDonald’s on Christmas Eve you can get a free packet of "Reindeer Treats" subject to availability.

But Christmas is all about indulgence after all, so the fast food chain has also launched a 357-calorie Malteser reindeer McFlurry.

The standard version will set you back £1.29, while the mini costs 89p.

There's also a new festive drink on the menu: a Millionaire's Latte.

The drink, which joins the Toffee Latte on the menu, is an espresso shot blended with hot milk and a caramel biscuit flavour syrup, topped with chocolate-flavour cream and a caramel drizzle.

All the festive items apart from the Big Tasty burgers will be on the menu until early January.

Steven Howells, head of marketing at McDonald’s UK said: “It’s that time of year where we want to bring back favourites, but also introduce new twists to the menu.

"We know customers look out for them during this season, so we want to give them an unforgettable festive taste."

Earlier this month, we revealed the ways you can save money at the fast food chain, including how to bag free extra toppings.

We pay for your stories! Do you have a story for The Sun Online Money team? Email us at [email protected]e-sun.co.uk or call 0207 78 24516. Don't forget to join the Sun Money's Facebook group for the latest bargains and money-saving advice.