The first Black “Bachelor” and his winner had already broken up over racially insensitive pictures from her past that had resurfaced by the time his season wrapped, but they’ve recently been seen together again.

Just one day after TMZ reported seeing former “Bachelor” Matt James and his season winner Rachael Kirkconnell holding hands while out and about in New York, the couple made it official that they are definitely back together again.

After filming had wrapped on their season, pictures from Rachael’s past leaked showing her participating in an Antebellum South sorority party. In part because of these, and because of what he saw as her lack of understanding of what it means for him to be Black and their potential children to be Black, Matt had already called it quits before the reunion show.

Bachelor Matt James On Ever Getting Back With Rachael Kirkconnell, 'Frustrating' Conversations About Race

During that episode, they both looked pained as Rachael made it very clear that she would love for Matt to give her another chance, emphasizing that she was doing the work to learn how to be antiracist and fully understand why her choices in the past were problematic.

Matt was somewhat stoic in saying that he was simply giving her the space to do that work on her own, clearly dissatisfied with the kinds of responses she was still giving to conversations about race and racism.

The online reaction was mixed, with many supporting Matt’s decision to distance himself from Rachael, while others felt that if he truly loved her as he’d claimed on the show, he would stand by her side while she put in that work and learned.

Now, it looks like he is once again by her side, with Rachael confirming that they’re together in a new WSJ Magazine profile released on Wednesday. In the story, Matt said that the couple is “trying to make it work,” but he also makes it clear that he really needs her to understand more. 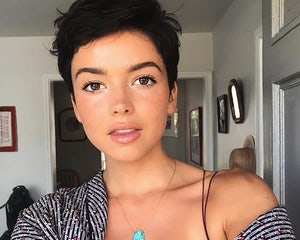 “I think the best way to put it is that we can have critical conversations about being in this relationship and what I need in a partner — especially if that woman isn’t Black — to understand what comes with me and my life and being Black,” he said.

In other words, it appears that he may now be ready to help her on her journey of understanding. Perhaps she’s begun to show the kind of progress he was needing to see from her.

In a more generalized statement, but one that still could apply to Rachael, he added, “It’s on people who care about being allies to do the work to be truly antiracist. And I think it’s unfair to leave people without the ability to unlearn and be better.”

In a report published on the same day, a source purportedly told Page Six that Matt was hesitant to say outright that he and Rachael were officially back together because they’re still working through some of their issues and he doesn’t feel they’re full there yet.

At the same time, a source tells the outlet that Matt is “feeling pressure to set a good example for other Black men. He’s aware that people are not going to be happy that he jumped back into a relationship with Rachael so soon.”