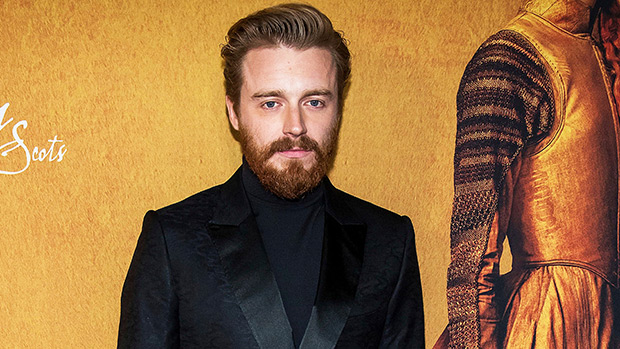 Jack Lowden didn’t feel an ounce of pressure portraying Lord Darnley in ‘Mary Queen Of Scots,’ despite the fact that the film centers around one of the most historical feuds in royal history. He explains why!

Taking on a historical role in a film that tells the story of two feuding monarchs that shaped history was no problem for Jack Lowden, 28, who portrays Lord Darnley in Mary Queen Of Scots. The film, which hits theaters on December 5, explores the tumultuous life of the confident and charismatic Mary Stuart, played by Saoirse Ronan — Queen of France at 16 and widowed at 18, she returns to her native Scotland to reclaim her right to the throne. However, Scotland and England are ruled by Elizabeth I, played by Margot Robbie. The two become rivals in power and in love, while living in a masculine world that forces them to decide how to play the game of marriage versus independence.

For Lowden, taking on the role of Lord Darnley (Mary’s lover), was “ridiculous fun.” And, although the film, which opens in 1587, has an immense amount of history behind it, touching on the topics of politics and gender, Lowden didn’t do much research when preparing for his role. In fact, he says there was “no pressure” when it came to acting out history. “I mean, no. It’s like people have made the point of how Mary and Elizabeth never met [in the film they do], but, there’s no real, definitive way of knowing that,” Lowden explained to HollywoodLife.com at the NYC premiere, of critics pointing out the differences from history books versus the film adaption.

Mary Queen of Scots takes on a genre that has largely catered to men, with two powerful and independent female leads. Mary is determined to rule as much more than just a figure without real power, and, she threatens Elizabeth’s sovereignty in the process. This is a story about power, betrayal, and rebellion, that tackles conspiracies within the thrones. This is a story that changed the course of history as we know it.