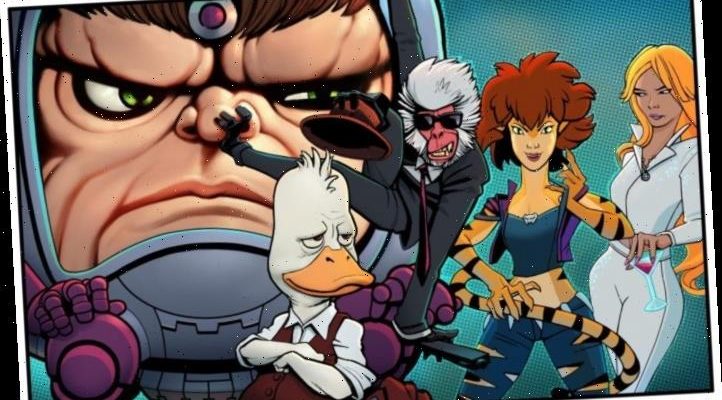 One of the four planned Marvel animated series at Hulu is experiencing a major behind the scenes shakeup, Variety has confirmed.

“Tigra & Dazzler” has parted ways with showrunner Erica Rivinoja and the show’s entire writing staff. According to sources, Marvel and the writing team differed on the creative direction of the show, leading to the split. Marvel will now seek a new showrunner and writers to begin a completely new take on the show. According to an individual with knowledge of the situation, the streamer has every intention of moving forward with the project.

This marks the latest major change to a Marvel-Hulu project in recent months. It was previously reported that a planned “Ghost Rider” live-action series starring Diego Luna in the title role from Marvel Television was being scrapped altogether.

The other four Marvel animated shows announced at Hulu back in February were “Howard the Duck,” “Hit Monkey,” and “M.O.D.O.K.” All four shows are expected to debut separately before crossing over with “The Offenders” event series. The four animated shows are among the last projects on the slate of Marvel Television head Jeph Loeb, including a live-action “Helstrom” series also set up at Hulu. Fellow Marvel-Hulu series “The Runaways” will end with its upcoming third season, while “Agents of S.H.I.E.L.D” will end after seven seasons on ABC this spring. All of Marvel Television’s other live-action shows have been canceled in the past year.

Variety previously reported that Loeb is expected to exit Marvel in the coming months, as Marvel Cinematic Universe architect Kevin Feige has been promoted to chief creative officer of the Disney-owned company and has taken over Marvel’s storytelling across mediums, including publishing, film, TV, and animation

“Tigra & Dazzler” is about two woke superheroes and best friends as they fight for recognition among powered people who make up the eight million stories in Los Angeles. Chelsea Handler remains attached to the show and will voice one of the main characters.