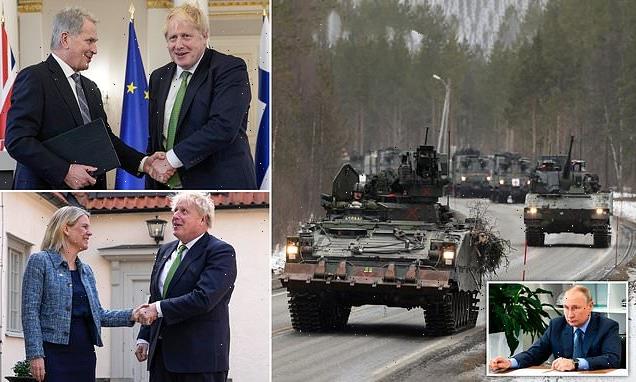 MARK ALMOND: Pact with Sweden and Finland proves just what a catastrophic blunder Vladimir Putin has made

Unlike many of his countrymen, Vladimir Putin is no chess grandmaster – and how it shows.

Far from being a skilled strategist, he is proving himself to be a world class blunderer who’s succeeded in delivering his own worst nightmare.

The Prime Minister signed mutual security pacts with Sweden and Finland, pledging our support should either country come under attack. They pledged the same to Britain.

Both countries, of course, neighbour Russia. Sweden faces it across the Baltic Sea, while Russia’s vast naval base at Kronstadt dominates the Gulf of Finland. Finland also shares an 830-mile land border with Russia.

Despite this proximity – and despite being ideologically closer to the West as liberal democracies – Sweden and Finland have remained outside Nato, adopting a position of neutrality which was widely supported by their respective populations.

The invasion of Ukraine, however, has changed everything. No longer can any neighbour of Russia’s feel secure. Not with Putin in power. 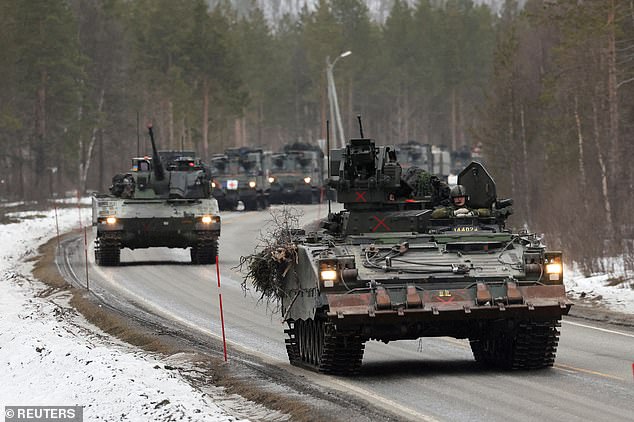 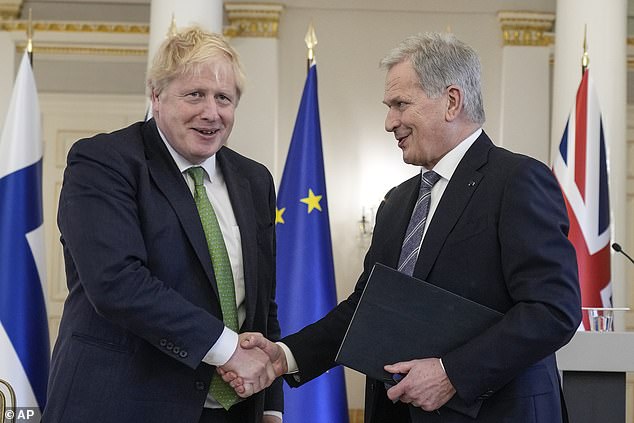 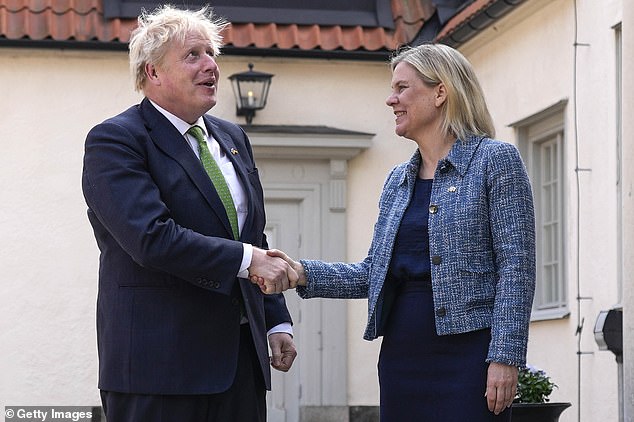 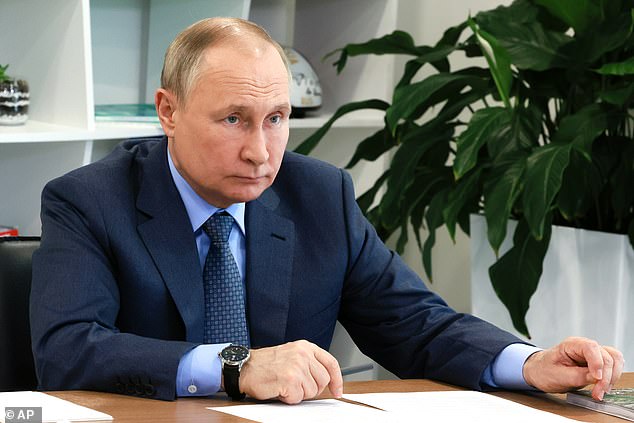 By signing the security pacts, Boris Johnson, together with Sweden’s prime minister Magdalena Andersson and Finland’s Sanna Marin, have sent a clear message: that Russian aggression will not be tolerated. We stand together to defend our freedom and security.

While French president Emmanuel Macron naively calls for the West to rebuild links with Russia and not humiliate its leader or its people, our PM takes a different view. Appeasing a bully never works; it only emboldens them.

It is for Putin, who has created this tragic mess, to back down, not the West.

Britain, alongside the US, Poland and other East European allies for whom Soviet domination is all too recent a memory, is doing all it can to help Ukraine eject the Russian invaders – and with some success.

Now, with these new pacts, Mr Johnson is not only guaranteeing these democracies our support but demonstrating what a catastrophic mistake Putin has made.

Not only are his forces being humiliated daily by the smaller Ukrainian Army, his actions have massively increased the extent of Nato’s border with Russia, something he has always feared.

Since the start of the invasion, the Russian leader has repeatedly tried to intimidate Finland and Sweden into not joining Nato, issuing threats about nuclear weapons in the region and sending military planes and ships into Sweden’s air and waters.

As a result, public opinion has swung behind Nato membership, with 76 per cent of Finns and 57 per cent of Swedes backing it.

Both countries have female prime ministers and I suspect Putin’s deep-rooted chauvinism has also played a part in his clumsy handling of this situation.

Just as the Soviets once under-estimated Margaret Thatcher, he will have underestimated the resolve of ‘mere women’ when it comes to the defence of their homeland.

And despite constantly harking back to Russian history, Putin seems to have forgotten a key chapter; the Winter War of 1939 when Russia took on the Finns. 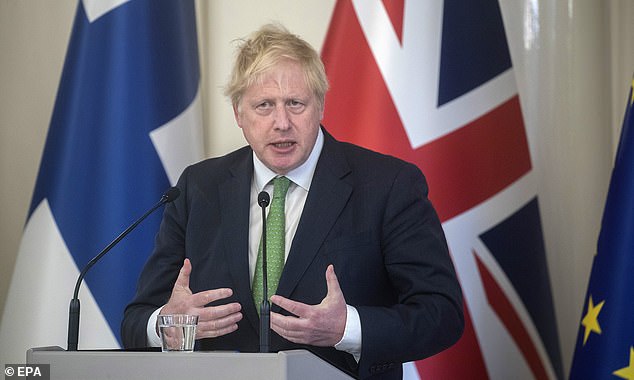 Finland, which once belonged to the Russian empire, got its independence after the Bolshevik revolution in 1917.

But in 1939, Stalin demanded that the Finns cede large swathes of territory back to the USSR, to strengthen its borders.

If not, he threatened, three million Russian troops would invade. When the Finnish diplomat to whom he issued the threat failed to respond, Stalin asked why.

‘Because I am wondering if we have the space to bury them,’ the Finn replied.

And it wasn’t just bravado. Instead of crumbling, as Stalin expected, before the massive Red Army and the bombing of the capital, Helsinki, the Finns mounted a dogged defence fighting a guerrilla war in temperatures of – 45F. They were skilful snipers and inflicted heavy casualties.

The Soviets’ superior numbers eventually prevailed and the Finns ceded nine per cent of their territory but, unlike most of Eastern Europe, kept their independence after the Second World War.

The memory of that brutal episode still burns bright in this part of the world. They may have small populations and liberal attitudes, but both Finns and Swedes have highly capable armed forces.

Finland, which has male conscription, can call up a quarter of a million reservists overnight and has 900,000 ex-soldiers to boot.

As allies, Finland and Sweden will be huge assets both to Britain and Nato. They are technologically advanced and the Swedes in particular have strong arms manufacturing industries.

Saab, for example, developed the NLAW anti-tank weapon, praised by Mr Johnson yesterday, which has turned Russian tanks in Ukraine into charred shells.

Finnish and Swedish armed forces use many of the same weapons systems and aircraft as Nato, and alongside military co-operation, there will be more joint defence projects and more intelligence sharing.

With Russian forces floundering in Ukraine, it would be an act of insanity for Putin to launch attacks on either of the Scandinavian countries.

So he will likely limit himself – for the moment – to continuing with his nuclear threats and bluster.

But how he must rue this massive own goal. It would be comic if the reason for it wasn’t so tragic.

Mark Almond is the Director of the Crisis Research Institute, Oxford.