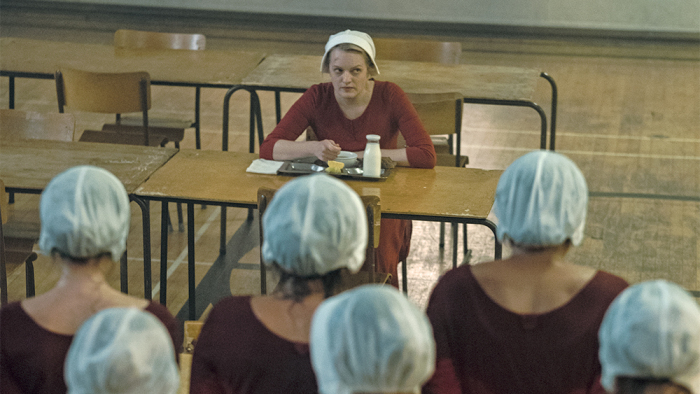 Get yourself back in a dystopian frame of mind.

Margaret Atwood is returning to the Republic of Gilead with “The Testaments,” a sequel to “The Handmaid’s Tale.” The novel is due out in September of 2019 and will be set 15 years after the events of “Handmaid’s.” On Twitter, Atwood teased that it will be narrated by three female characters.

It’s an opportune time for a sequel. There’s been countless think pieces about how the grim future that Atwood foresaw when she wrote “The Handmaid’s Tale” in 1985 — one in which a patriarchal and totalitarian society subjugates women — is beginning to resemble the kind of society that certain sections of the population would desperately like to put in place. For instance, Handmaid costumes are a staple of any anti-Trump rally these days. It’s a connection Atwood was eager to embrace while readying her fans for “The Testaments.”

“Everything you’ve ever asked me about Gilead and its inner workings is the inspiration for this book. Well, almost everything!” Atwood’s tweet said. “The other inspiration is the world we’ve been living in.”

There should be an eager readership for “The Testaments.” “The Handmaid’s Tale” has sold eight million copies and routinely tops the list of best books of the 20th Century. It has also been introduced to a new generation of fans via the Emmy winning Hulu series.

Atwood also clearly feels some urgency to revisit her most impactful work. In a 2017 speech at Variety’s Power of Women event, Atwood said that her novel “was no longer a story about something that couldn’t happen. It had become a story already in process. That is why the iconic red costume with the red hat has become an immediately recognizable protest symbol around the world. It’s a little too real.”

Atwood’s novels include “Alias Grace,” “The Blind Assassin,” and “Cat’s Eye.” “The Testaments” has been acquired by Nan A. Talese/Doubleday and Anchor Books.