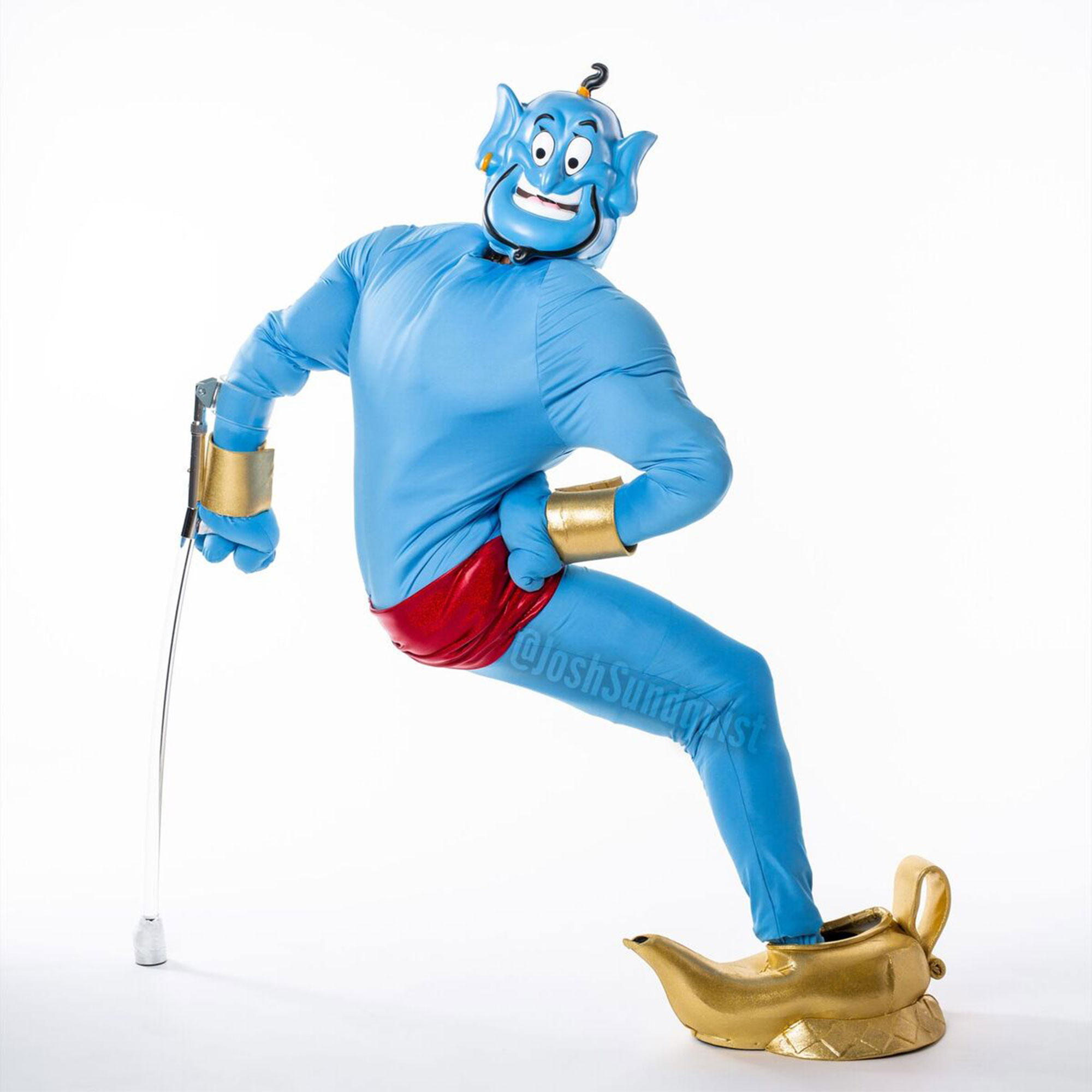 Josh Sundquist is the still the reigning Halloween costume king!

For years, Sundquist — a motivational speaker and author — has imagined clever outfits for Halloween that are as charming as they are entertaining. From dressing up as an iHop sign and a partially eaten gingerbread man, to the leg lamp from A Christmas Story, his costumes have received tens of thousands of likes on social media.

And with each outfit, Sundquist has helped other people with disabilities embrace their body image.

Sundquist was only a child when he was diagnosed with a rare form of bone cancer. He underwent a year of chemotherapy to save his life. Shortly after his left leg was amputated as part of his treatment, Sundquist received a message from someone who had been moved by his story. The note would later inspire this year’s costume.

“When I was a child, I wanted to be a Disney animator when I grew up. At age nine I lost my leg to cancer,” Sundquist tells PEOPLE. “A few weeks later I got a letter from an animator at Walt Disney who happened to be a double amputee. His name was Broose Johnson. Make-A-Wish later gave me the chance to meet him.”

Johnson helped to design some of Disney’s most iconic characters, such as Sebastian the Crab from The Little Mermaid, Simba from The Lion King, and Tuke the moose from Brother Bear.

“Broose was a big Halloween fan himself and had designed an amazing Beast costume, a character he would later animate — and his costume helped inspire the look of the Beast in the movie,” Sundquist says.

“The letter Broose sent me as a child had a drawing of Genie, which was one of the characters he animated. So this year I wanted to dress as Genie as a tribute to Broose, to Make-A-Wish, and, of course, to Robin Williams.”

The late Williams, of course, portrayed Genie in the 1992 version of Aladdin.

Sundquist, who is also an accomplished athlete, began making his single-leg costumes in 2010, just “as a way to make my friends laugh at Halloween parties,” he told PEOPLE last year. His wife, Ashley, is the one who came up with his 2012 lamp costume from A Christmas Story.

For his 2017 outfit — Sundquist dressed as Tigger from Winnie the Pooh — he said he was inspired by a suggestion from Reddit.

“I thought it was a hilarious idea,” he explained. “The illusion is uncanny, the concept feels appropriate since I do a lot of hopping in real life, and, of course, Tigger is a character I loved growing up.”

This year’s choice of costume is especially timely, as Disney recently released their first teaser trailer for their upcoming live-action version of Aladdin, with Will Smith taking on the part of Genie.